A Transformed Nonconformist: A Q&A with Adam Taylor 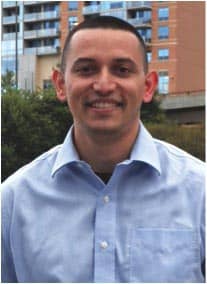 You mention in your book that Dr. Martin Luther King's famous "I Have a Dream" speech is far from being realized. How so?
Too often we reduce Dr. King's message to the narrow goal of civil rights, in which no one is discriminated against because of the color of their skin and instead people are judged by the content of their character. The United States has made incredible strides in achieving this goal, including through the election of its first black president. However, Dr. King was also a tireless champion for greater economic opportunities for the disenfranchised and disinherited. For instance, before his tragic assassination, he marched with sanitation workers in Memphis who were campaigning for a living wage, and he was organizing a poor-people march to bring the issue of poverty to the top of the nation's national agenda. Dr. King also spoke out against the unnecessary evils of the Vietnam War. Therefore, achieving Dr. King's vision of the beloved community requires overcoming institutionalized racism, expanding economic opportunity to all Americans, and pursuing nonviolence, among others.

Accordingly, you have a new vision for activism for what you call the "post-civil rights generation." Can you explain how you see injustices being addressed in today's culture?
There is no magic bullet or cookie-cutter approach to activism. In Mobilizing Hope, I try to offer a series of tools that allow us to identify and address the root causes of injustice. While many injustices are more covert and institutionalized now than during previous generations, injustice continually mutates and shows up in both old and new forms—whether through human trafficking/slavery, the prison industrial complex, global climate change, or concentrated poverty. In order to be effective change agents, we must learn from the tactics and methods of past movements while avoiding getting stuck in old tapes. A younger generation is addressing injustice through a range of mediums and vehicles, including by harnessing technology through the Internet, social networking sites, etc. However, these tools shouldn't replace grass roots organizing that is built upon mutual values and interests, real relationships, and effectively designed campaigns. I try to demystify activism in the book and make civic engagement much more accessible and compelling by lifting up the example of real-life young leaders who have had an impact at the local, regional, national, and global levels—whether it's Brian Swarts and the living wage campaign in Oregon, Christa Mazzone organizing efforts against domestic poverty, or Heber Brown's efforts to end genocide in Darfur.

I also wrote Mobilizing Hope to clarify for my generation the distinct character of charity versus systemic justice since these so often get confused and conflated. I wanted to challenge my and subsequent generations who have increasingly embraced a commitment to service to also embrace a commitment to civic engagement and activism.

Much like President Obama, you have an interesting family background and faith story. How did those influence your book?
The book was inspired by my experiences and experiments in transformed nonconformism. First and foremost, my parents' deep and abiding commitment to diversity and justice inspired the book. My African American mother and white father made the controversial decision to get married in 1968, the same year Dr. King was assassinated. My biracial background has often enabled me to serve as a bridge across racial divisions and differences as I've strived to foster respect, reconciliation, and a commitment to racial justice. My obsession with the history of the civil rights struggle planted a belief in the power of faith-inspired social movements and awakened within me a conviction that my generation inherits the unfinished business from previous social movements.

The book tries to capture my lifelong journey to learn from and stand tall within that legacy, while developing new strategies and tactics that fit our present reality. My political activism has been shaped by my understanding that we serve a God of unconditional love and justice, who shows a particular concern for the marginalized and vulnerable.

My faith and activism has been influenced by many different strands within the Christian faith tradition, from Catholic social teaching's emphasis on human dignity to Pentecostalism's reliance on the transforming power of the Holy Spirit to the historical black church's embrace of liberation alongside salvation to a Mennonite commitment to nonviolence, among others. After graduating from college, I spent a number of years running away from a call to ministry, in large part because I only associated a call with pastoral ministry. I learned to never limit God and that ministry in its most holistic sense includes everything that advances God's kingdom and spreads the good news. During a foolhardy hike in which I tried to test God for an answer while jeopardizing my life trying to climb Mt. Kilimanjaro, I had the revelation that my call to ministry and passion for social justice were inextricably linked. My faith has been the motivating and sustaining force behind my activism.