Was the American Revolutionary War a "Just War"?

Suggesting that the American Revolution was unjust seems almost sacrilegious. There have been periods in American history when promoting such a view could lead to charges of treason. But in the 1770s, cases for war against England failed to conform to classic Christian arguments used to support what we commonly refer to today as a "just war." In fact, just war arguments, often associated with historic church leaders such as Augustine and Aquinas, were rarely if ever employed by Revolutionary-era Protestant ministers and were certainly not employed by the founding fathers.

The just war tradition affirms that government is ordained by God to preserve peace and maintain justice. War is to be avoided whenever possible, but at times the desire for peace might make war necessary. War is thus justified only as a last resort. It must be declared by a legitimate government and have an attainable goal, namely the restoration of peace. It must protect the lives of noncombatants.

The closest any patriotic clergyman came to arguing on behalf of traditional just war theory was John Carmichael, a Presbyterian minister in Lancaster, Pennsylvania, who published a sermon in 1775 entitled "A Self-Defensive War Lawful." In this sermon, he laid out what he perceived to be the parameters of a "lawful war."

First, he argued that a lawful war required that any combatant believe he was "called by God" to fight and that "with good conscience and courage, he may rely on God for strength and protection." Second, Carmichael believed that every soldier should make sure that "his peace is made with God, by believing in his Son Jesus Christ for salvation," before entering battle. Third, Christian soldiers engaged in war "must set out in the fear of God" and rely on the "justice and righteousness of the superintendency of Jehovah, over all the fates." Fourth, soldiers were to avoid doing violence to those who are unable to defend themselves. Fifth, they are not to accuse others falsely.

With the exception of Carmichael's fourth point, which conforms to just war teaching that noncombatants must always be protected during battle, none of his points defending a "lawful war" complies with the classic Christian doctrine about what makes a war "just."

While many ministers believed that the American Revolutionary War was clearly ordained by God, others were not so sure. The American colonies were part of Great Britain, which was then the freest and most liberty-loving nation on the face of the earth. As citizens of the empire the colonists enjoyed a great deal of economic prosperity and political freedom. John Wesley, the famed 18th-century English evangelical, could not understand why the colonists demanded more liberty than they already possessed as members of the British Empire. The colonists, he wrote, "enjoyed their liberty in as full manner as I do, or any reasonable man can desire."

Wesley ticked off a litany of colonial sins: they refused to pay their taxes, they had destroyed property ("Ship-loads of tea"), and most importantly, they held African slaves even as they cried for their own freedom from English tyranny. For Wesley, the cry of "no taxation without representation" was absurd: "I reply, they are now taxed by themselves, in the very same sense that nine-tenths of us are. We have not only no vote in parliament, but none in electing the members." Lack of representation in Parliament did not mean that the colonists were exempted from "subjection to the government and laws." Wesley, needless to say, did not think the American Revolutionary War was justified.

Christians today who want to argue that the Revolutionary War was "just" must offer concrete evidence to suggest that this war was indeed a "last resort." They must also make a compelling case that the colonists' grievances against the Crown merited military resistance. Here are few questions that one might ask in this regard:

Do high taxes justify a military rebellion against the government, even if such rebellion is in direct violation of passages such as Romans 13 that command Christians to pay their taxes?

Was the English government as "tyrannical" as the colonies claimed? And if it was, did the level of tyranny justify armed conflict? After all, Great Britain offered more freedom to the inhabitants of their empire than any other nation in the world.

Did the revolutionaries have a moral case to make for their own freedom when many had denied freedom to slaves in their midst? Or, as historian Mark Noll has argued, perhaps it was only the enslaved African Americans who could legitimately "justify taking up arms to defend themselves.

These are tough questions. But they are definitely questions worth thinking about. 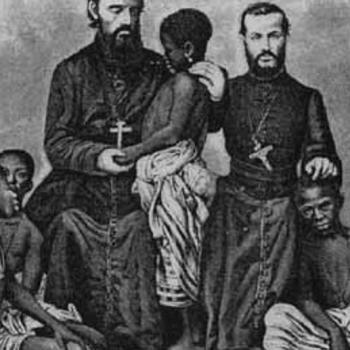 A 10-Point Guide to Finding God’s Hiding Place
Tom Rapsas
Get Patheos Newsletters
Get the latest from Patheos by signing up for our newsletters. Try our 3 most popular, or select from our huge collection of unique and thought-provoking newsletters.
From time to time you will also receive Special Offers from our partners that help us make this content free for you. You can opt out of these offers at any time.
see our full list of newsletters
Editor's picks See all columnists