To read Lance Larsen's new book of poems, Backyard Alchemy, is to stand at a kitchen sink somewhere in the universe and gaze through the window at the scene beyond. And such a backyard opens to view! The poems take us from Jakarta to San Jose, from Venice to Santiago and up into Texas, and all over London on a pigeon's-eye tour of Hyde Park, Trafalgar Square, Royal Albert Hall, Hampstead, and beyond. From the first poem of the volume, "The World's Lap":

Once in a San Jose park, on vacation, I asked
my daughter, Where are we?
She looked up at me: My dolly sits
on mine lap, I sit on yours lap, you sit
on the chair's lap, the chair sits
on the world's lap. There are a million
ways to say "California." Only a few promise rest.

. . . some keep vigil with the dying
and write down every pause and sigh.
Napoleon whispers, "Josephine." Oscar Wilde
says, "Either that wall paper goes, or I do."
Anna Pavlova, ballerina, leans forward,
squeezes your hand: "Get my swan costume ready."

But these proper nouns mostly hang around the edges of the patio. It is on family and familiars that Larsen works his real transmutation: his wife, his sons, aunts and uncles, neighbors and nieces, his mother, and in this volume especially, his father and his daughters. Thus despite the far-flung people and places—and texts, it should be noted, everything from the Upanishads to Bede's History to Rumi to Basho—the poems use their inside voice: intimate, offhand, private. In "Telepathic White Space," Larsen describes a teenage girl he fell for in high school because of the way she eavesdropped on the party telephone line:

. . . An act I felt more than heard—
a perfumy fullness while jawing with a buddy. He'd hang up,
I'd hang on, and she'd float me into this nervy, telepathic white
space, quiet as a cabin up to its eaves in snow. When I closed
my eyes, her breath turned me into prayer, the wordless kind
your blood intones—sky writing below, undertow above,
when you're so alone with waiting you fill with ravishing ghosts.

Larsen locates, here, that kitchen sink, the one with the window: it's in a cabin up to its eaves in snow, and that nervy silence infuses the poems.

It's not just the view into the backyard that interests him; it's the window itself, and these poems are full of windows. A memory of desire finds "past windows open all over my body." A baby doll flies from a second-story window, sent sailing by a father's momentary rage. A neighbor borrows electricity, traveling from one apartment to the next on a looping power cord through a pair of open windows. And "some afternoons / prove that the best use of Hegel in leather / is to prop open a window."

The window—which is to say, poem, or metaphor, or language—not only frames the subject but superimposes its own gauzy image on the scene. And the window—which is to say: spirit, or death, or desire—kisses both cheeks of the cloven world, inside and outside, here and there, time and eternity, heaven and hell and telepathic white space. From "Aperture":

Poor pigeon—looking for further meadows
; of air, it took a wrong turn into cool glass
and entered eternity, a miscalculation
; that won't wash off. Rain has tried.
I glance up from my desk: a ghost image
of smudged breast under a slash
; of wings keeping worlds separate.

This book, more than In All Their Animal Brilliance and Erasable Walls, it seems to me, takes up the subjects of God and spirituality—even, occasionally, religion as such. The volume is divided into seven parts, the fifth of which is composed of six sacred poems. From "X":

Something dumb in me attempts to spell the death
of God as crucifiction, as if the cross were a liar's art,
then I catch myself, delete, supply the necessary "x."
. . .
Let me try again: I'll write His death by hand till hope
makes prayers of what boils in my blood. I'll hum.
X—two nails, a sign for those without a name, a kiss
to be redeemed, a sideways cross searching for a god. 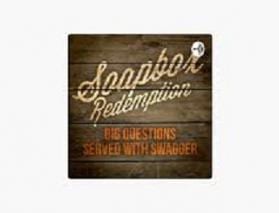 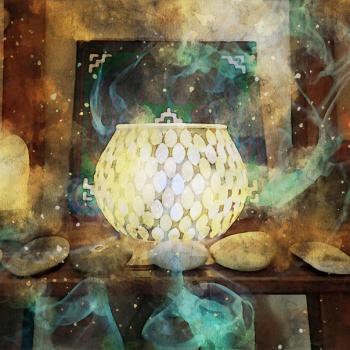 An Incantation for Democracy, Leading up to the Inauguration and Imbolc
Melissa Hill
Get Patheos Newsletters
Get the latest from Patheos by signing up for our newsletters. Try our 3 most popular, or select from our huge collection of unique and thought-provoking newsletters.
From time to time you will also receive Special Offers from our partners that help us make this content free for you. You can opt out of these offers at any time.
see our full list of newsletters
Editor's picks See all columnists