For Whom the Bell Tolls: The Audacity of "Love Wins"

I've visited Mars Hill Bible Church twice. On both occasions I was very impressed, especially on the second visit, when Rob Bell himself preached. He is a brilliant communicator. So I was intrigued by rumblings about Bell's new book, in which he supposedly endorsed the notion of the universal salvation of all people. I tried to approach the book with an open mind, having gotten off to a good start with Bell. But unfortunately, I find that his book discards the weight of the biblical tradition for the whims of cultural fashion. I do not mean to say that God has not blessed Bell and his ministry, but in Love Wins, Bell has gone seriously wrong.

Bell prefers challenging comfortable truths to offering clear answers. And there's certainly a place for asking hard questions in the church. But Love Wins goes further. It effectively casts doubt on three foundational Christian doctrines: the reality of hell, the idea that salvation comes only through Christ, and the final judgment of all humanity after death.

I don't want to engage Bell's biblical arguments here. (Others have already taken on this task.) I want to focus on Bell's claim that in advocating something like universalism, he swims in a "wide stream" of Christian orthodoxy. If that wide stream includes Christian modernists of the past century who reject traditional interpretations of the Bible on various difficult matters, then yes, Bell does have fellow travelers. But prior to that, his community of universalists was much smaller. The original strain of American universalism actually emerged from predestinarian Calvinism. Some in the era of the American Revolution (like Jonathan Edwards' great antagonist Charles Chauncy) asked: if God elected some to be saved, why not all?

But the former Calvinists of early America are not the companions that Bell claims. Instead, he points to a few Church Fathers (who, upon closer scrutiny, may or may not have advocated the ultimate salvation of all) and an obscure quotation from Martin Luther to show that universalism was common in church history. The quote from Luther shows Bell's desperation to find historic advocates of his view who will impress his evangelical audience, as it is easily demonstrable that Luther did not advocate universalism.

The fact is that the vast majority of Bible interpreters throughout Christian history have affirmed the reality of hell. But this does not dissuade Bell. He breezily challenges the Christian tradition, its greatest minds and unifying creeds, all of which have roundly agreed that the Bible's repeated references to hell mean that a literal hell exists. (As opposed to hell being "our refusal to trust God's retelling of our story," as Bell puts it.)

Of course, evangelicals should not delight in the doctrine of hell, nor should we casually assume that we understand everything about God's plan of redemption. But we can't blithely cast hell aside, either. Scripture and tradition won't allow it.

To Bell, however, we cannot be sure of the truth of any hard doctrine; we can only ponder and debate. There is only one scriptural truth of which we can be sure: God is love. But how can he be so sure of God's love, and not God's wrath? If all doctrine is so unsettled and opaque, then how do we even know that God is loving? Do we get to pick and choose doctrines on the basis of their cultural palatability?

Love Wins illustrates the weakest aspect of Protestant—and especially evangelical—theology, which is the lack of a controlling authority to adjudicate the meaning of scripture. (Catholics have their own theological problems, but at least they know who makes the call on theological disputes!) So what if almost all Christians everywhere have agreed on the reality of hell? Rob Bell knows God, he reads his Bible, and he gets to choose. This is Do-It-Yourself Doctrine.

Bell's style of interpretation has a dubious predecessor, a key pioneer for all liberal theology: Ralph Waldo Emerson, the father of American transcendentalism. Emerson declared that his soul alone was competent to apprehend the truth. "Trust thyself," Emerson intoned in his celebrated essay "Self-Reliance." And if someone tries to understand God's truth with guidance from the Christian tradition, Emerson wrote, "believe him not. Is the acorn better than the oak which is its fullness and completion? . . . Whence this worship of the past?" concluded Emerson. Amen, says Rob Bell—we enlightened moderns know better than the historic cloud of witnesses.

How should evangelicals gauge books like Love Wins? Here's one rule: when anyone claims to discover a new biblical truth, one that almost no stalwarts of the faith have believed for 2000 years, it's a good bet they're wrong. 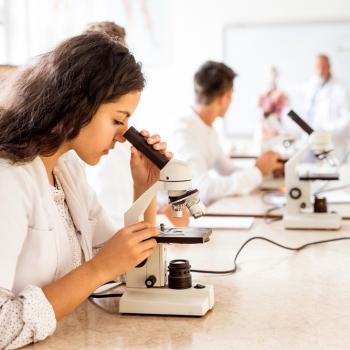 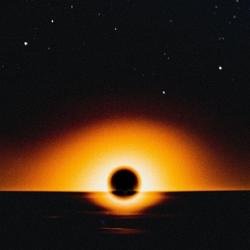 Attention, people in or near Orlando, Florida!
Dan Peterson
4