Hope Unbound: A Philosopher Goes to Prison and Finds Hope

Did these two camps—those with religious hope and those with a more secular hope—actually learn from each other?

I think they did learn from each other during the class. Religious prisoners can be like some religious people outside prisons: maybe a little too ready to focus on the rewards and pleasures of the afterlife. It's just the kind of thing that Marx and company would mock in religious people. So when we were reading Marx, and the religious students faced the secular students, who didn't want to think in terms of the afterlife, they were forced to confront other possible objects of hope and inspiration. They were struck by their fellow classmates who were focused on the kinds of things that were accomplishable in their current situation and refusing to always think about this hereafter. And the non-religious prisoners grew to respect—and even feel a kind of nostalgia for—the spiritual hope the religious inmates enjoyed.

There are more possible behaviors in prison than you might think. The inmates were interacting with one another at all sorts of levels in work environments, where many of my students spent the entire day making license plates. So we talked about the way in which they would behave toward their bosses and other workers, and their attitudes in sporting events, or in the small economy of trade and bartering that went on. I'm not sure whether that economy was officially allowed, but it seemed relatively active, and the students talked about how some people cheat and others don't.

So the inmates faced a lot of the usual ethical dilemmas, but on a different scale. The students really invested in talking about what kinds of challenges they faced and how they could incorporate the stuff they were learning in the philosophy class.

That's actually inspiring to hear. Life can still be grasped even in the most extreme situations. Even if we never get imprisoned in an actual penitentiary, many of us may find ourselves suffering from a stroke or from Alzheimer's, circumstances where our range of behavior is curtailed; it's our choice whether or not we can still pursue an ethical life.

This program that you were doing is part of a Bard College Program to make a bachelor's-level education accessible for prisoners. Based on your experience, what do you think of the role of education for our prison population?

The facts are pretty compelling. The recidivism rate goes way down when people are involved in these kinds of programs—60 percent, I think, is the normal rate for people coming out of maximum security context, and it goes down to below 15 percent for people who've been involved in the Bard Program, and the ones who actually get the B.A. are even lower than that. For the ones who will get out of the prison someday, it becomes much more likely that they'll live productive or at least not-incarcerated lives in the future.

So I have that hope for some of the students, who had been in prison for a long time but who had good chances of parole. In the state of New York right now, we have more African-American men in prison than in college. I don't mean to downplay the significance of that kind of prison system in general and its various abuses. But I did get the sense that even when people are in there, they're not just condemned to rot away and hopelessly live out their time. There are actually good projects going on there as well. 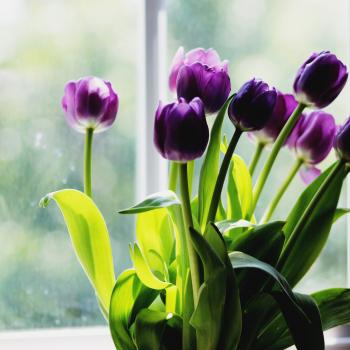 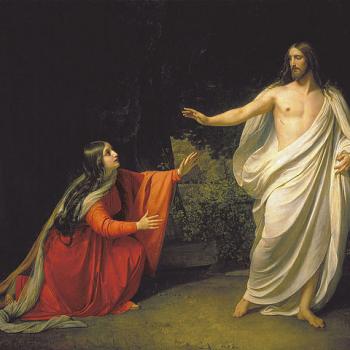 Jesus, Mary Magadalene, and … Sexual Innuendos?
Linda LaScola
Get Patheos Newsletters
Get the latest from Patheos by signing up for our newsletters. Try our 3 most popular, or select from our huge collection of unique and thought-provoking newsletters.
From time to time you will also receive Special Offers from our partners that help us make this content free for you. You can opt out of these offers at any time.
see our full list of newsletters
Editor's picks See all columnists