Is It True? Is It Really True?

When the consequences of lying are so spiritually and socially destructive, why would an ethical person ever choose to tell an untruth? I'm going to give you two reasons, and maybe you can think of more. An ethical person might choose to lie if telling the factual truth would compromise other, equally important values. In the Mahabharata, the great ethical treatise of the Indian tradition, there is a pivotal moment when Krishna is guiding the righteous Pandavas in a pivotal battle against the forces of evil. Krishna—who, you'll remember, is considered by Hindus to embody divine truth in human form—orders the righteous king Yudhisthira to tell a lie. He does it because they are fighting a battle against terrible evil, and this is the only way to win the battle.

Krishna, in short, chooses to lie because it serves what in this case are higher values: the values of justice and ultimately peace. My college philosophy teacher used to make this point with a personal example: as a Jewish child in Germany, she was saved from capture by the Nazis because a Catholic family lied to the Gestapo about her presence in their back bedroom. For them to have told the truth would have brought about her death. A small lie for a larger truth.

The other situation in which lying is ethical is when the truth is simply too harsh to be received. This is an issue that people like ourselves—spiritual counselors and the like—face all the time. A classic example would be a psychotherapist working with a client's deep character flaws. Early in the therapy, if the psychotherapist were to point out certain truths to the client, she would risk triggering so much pain that it would end the therapy. Until the core traumas that keep character weakness in place have been addressed, it can be dangerously destabilizing to demand that someone face their demons. Later, when the patient's vessel is stronger, the situation changes. As the patient (or the daughter, or the spiritual teacher's student) matures, it becomes the parent figure's duty to reveal the truth in its complexity. The art of truth in this situation is to know how and when difficult truths should be revealed. A misstep or an error of timing can have terrible consequences. In this case too, we tell a small lie for the sake of a larger truth.

On the other hand, there are situations in which a small truth actually covers a deeper lie. Recently, a friend of mine felt compelled to tell her sister that the sister's husband is having an affair. She kept saying she had a duty to do this out of love for her sister. But when she did a self-inquiry process about it, it became clear that there was a lot of hidden aggression toward her sister, as well as a need to be seen as the grownup one, the one who knew how to look out for her younger sibling. My teacher used to call such ambiguous disclosures 'telling the bitter truth.' A bitter truth is a fact that is simply too painful to be digestible.

In the last thirty years, especially in the spiritual world, we've lived with an ethic that privileges full disclosure, public confession, and transparency in relationships. The results have been mixed, at best. So it seems vital that we forge an ethic that can balance truthfulness with other values. One great yardstick is the four gates of speech: Is it true? Is it kind? Is it necessary? Is this the right moment to say it? When we feel caught between speaking a bitter truth and keeping it quiet, these questions help sort out the priorities.

But balancing the relative value of, say, truth and kindness is not always easy, and it requires a high degree of honesty about our motives. If the compulsion to relentless honesty sometimes conceals aggression, the decision to hide the truth because of kindness or because the time is wrong often masks fear, or the desire to stay inside your comfort zone. Radical truth-telling is simple. You just plunge in and do it. Selective truth-telling demands far more discrimination, and a rigorous ability to discern motive.

As you practice rigorously noticing when and how you stretch or distort the truth, you'll start to see patterns. Maybe you exaggerate to make a story better. Maybe you describe an incident so that it highlights someone else's mistake and conceals your own. Maybe you hear yourself automatically saying 'I love you,' to a friend or a lover, despite the fact that in that moment you are actually feeling distracted, disinterested, or downright hostile. "I lie all the time," a friend confessed after trying this experiment in self-observation. "I'll say that some important person is a friend of mine when actually I only spoke to them once. I act like I want to spend time with someone when actually I'm bored by them. I'll act like I'm enjoying sex with my husband when actually I'm thinking about something or even someone else the whole time."

It's only when we're willing to look at our areas of falseness that we discover the deepest possibilities of the practice of truth. In Sanskrit, the word for truth is satya. The root of the word satya is sat, which means 'being.' Our truth, our real truth, is revealed in any moment that we are willing to stand unashamedly in our own being.

Medjugorje:"Vicka and Mirjana are not well" Our Lady is planning something...
Stephen Ryan
3 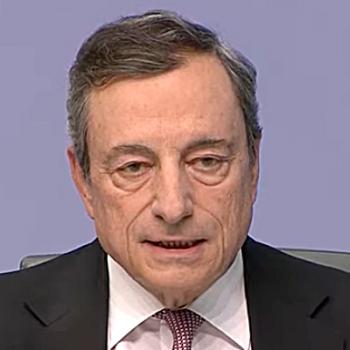 Everyone Has a Voice. How Well Are We Listening?
Paul Louis Metzger
Get Patheos Newsletters
Get the latest from Patheos by signing up for our newsletters. Try our 3 most popular, or select from our huge collection of unique and thought-provoking newsletters.
From time to time you will also receive Special Offers from our partners that help us make this content free for you. You can opt out of these offers at any time.
see our full list of newsletters
Editor's picks See all columnists