Lion of Judah, Lamb of God

Last weekend I attended the annual, huge, Religious Education Congress in Anaheim (California). I'm such an introvert that even to drive to the Anaheim Convention Center and stand outside would have been a stretch. But I gamely made my way through the crowd and marched inside to meet a dear, kind editor friend who'd arranged several meetings with potential publishers.

The throng can apparently top out at 45,000 and the hall was enormous. Booths and booths of candles, rosaries, vestments, and, mainly, mostly, books: Monastic wisdom, catechetical instruction, breviaries, Bibles. Books on prayer, healing, grace, vocation, forgiveness, action, and contemplation.

The Congress's other big draw is a roster of stellar, big-name lecturers. Fr. Robert Barron, founder-director of Word on Fire Catholic Ministries, was giving a talk called "The YouTube Heresies" and next I made my way there.

Several years ago, Fr. Barron began posting a series of video lectures on YouTube. From the voluminous comments he receives, 90 percent are negative, and he laid out what he sees as the four great patterns of resistance/heresies:

1) God. There is deep confusion about what we mean by God. "How nice for you, that you have your little fairy god who gives you everything you want," people will say.

One way to get across that this is not our God, Fr. Barron observed, is to realize that God is not one being among many. God is not the highest being: God is the sheer act of "to be." God is the ground where we are being created. God is to be "to be."

2) The Bible. Confusion abounds as to how we Catholics read the Bible. Apparently, people tend to think we read the Bible the way Muslims read the Koran: as if it were dictated, word-for-word, by God himself.

Fr. Barron's point is that Catholics don't see the Bible as a book; we see the Bible as a library. In Genesis, we have a saga, in Samuel, a theological history, in the Song of Songs, erotic poetry. This isn't "cherrypicking." No one reads poetry the same way they read journalism and we don't either. Neither do we read, say, Hamlet, in a vacuum. We read it in light of the thousands of commentators, scholars, linguists, playwrights, and actors who have sifted through its meaning before us. Just so, we read the Bible within the long and complex interpretation that's evolved through the centuries, in and through the Church.

3) Religion and Science. Deep confusion is generated by the assumption that religion is antithetical to science. Descartes, observed Fr. Barron, gave the Western world the most followed-orders in history:

If you're smart, go toward science. Develop cures for the human body. Master nature. All knowledge can be reduced to the scientific and therefore any knowledge outside science is nonsense.

The danger lies in becoming so impressed with science that philosophy, poetry, literature, drama—the more "truthful" forms of communication—are minimized and ignored.

Newton, Kepler, Pascal, Tyco Brahe were all formed by Catholic universities. Gregor Mendel, founder of modern genetics, was an Austrian scientist and monk. The Big Bang theory was developed by Georges Lemaître, a Catholic priest. In fact, religion and science are allies, resting on the mystical assumption that the world is intelligible.

4) Religion and Violence. Here, I confess, I zoned out a bit as I am so cognizant of my own tendencies toward violence—to annihilate people who are in my way, of whom I'm jealous, who annoy me—that Old Testament violence hardly seems bloody enough.

As Fr. Barron emphasized, however, the Bible must be read in its entirety through the interpretive lens of Jesus Christ, who for all time established: We fight, yes, but as soldiers going as to war. Not with the puny earthly weapons of guns and bombs, but with the weapons of non-violence, charity, and love.

Finally, he made the point that the people who respond with such intense negativity to his YouTube lectures, most of them young, could not possibly be spending so much time studying and dissecting and objecting to his message if they, like us, were not groping for meaning and truth. Keep on writing, he said. Because if our voices are extinguished, the young people coming up behind will have no one to grapple with, no one to respond to them, no one with whom to work these questions out that we are all working out together and always will be.

Having received my own, thankfully-to-date small, share of hate mail, Fr. Barron's brilliant lecture and consoling words could scarcely have been more timely. They stayed with me all afternoon as I met with acquisition editors. "What do you write?" Unh . . . I guess you could call it everyday mysticism? My joy, my love, my struggles, food, birds, trees, the stars, my friends . . . "What are you looking for?" Books that sell . . .

Did God Create the Universe from Nothing?
Jonathan MS Pearce
2 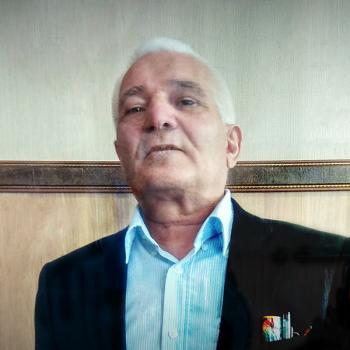 Revision 8.13 "A New Temple in Jerusalem?"
Dan Peterson
Get Patheos Newsletters
Get the latest from Patheos by signing up for our newsletters. Try our 3 most popular, or select from our huge collection of unique and thought-provoking newsletters.
From time to time you will also receive Special Offers from our partners that help us make this content free for you. You can opt out of these offers at any time.
see our full list of newsletters
Editor's picks See all columnists