This is one in a series of Lenten reflections on the men and women who became the "shouting stones" for Jesus on his way to the Cross. How do the actions of these everyday folk invite us in our Lenten journeys? In this reflection, pastor Sam Alexander reflects on the actions of Pilate's Wife.

Resisting Corporate Insanity
Matthew 27:15-26
"There were no demonstrations." "There is no room for a king or guardian or master to replace people's power." After introducing the system, "I went back to my tent." "Radical Islamists or young people are crazed by drugs supplied by Osama bin Laden." "Everything is calm. Everything is peaceful." Yeah, right.

If Qaddafi's rants weren't so diabolically weird they'd be funny. But this is pretty scary stuff when you think about it . . . hell, even if you don't think about it. Makes me wonder, "Does anyone actually buy this crap?" Apparently yes, and so it is that we see war planes bombing Volkswagens, ambulances with mounted machine guns, and mortars exploding in playgrounds. Yes, there are people buying this crap. In fact, the whole thing has developed out of a particularly perverse form of group think. And that is the scariest thing of all. Or maybe not, because the scariest thing is that this happens all the time.

If tyrannical abuse of power were a mere anomaly in the annals of history, I doubt the scriptures would have developed to include so many fine examples of this corrupt underbelly of human nature. But it's thoroughgoing, and it comes into sharp relief when Jesus is brought before Pilate. You remember Pilate, that nice guy who really didn't want to crucify Jesus but had to because he was afraid of those unruly crowds?

And he had Jesus flogged, exactly why? Can't you just hear him? "They were drugged by Al-Qaida; there wasn't anything I could do." Who knows, maybe he even believed it. Pilate and Muammar el-Qaddafi are cut from the same cloth. Inured to violence, living out of a distorted construct of reality . . . or is it my view that is distorted? That's the question I suppose, the question that Matthew's gospel wants to address.

So I don't get it. For centuries people have been reading Matthew and buying into the crap that the Jews killed Jesus. Not in my text they didn't. They couldn't—not enough power. And even to the questionable degree that they bear some responsibility for the events within the story, the point was never that the Jews killed Jesus. The point is that even the Jews were complicit in killing Jesus. It goes without saying the rest of us would.

But even the ones who had been given the Torah, even the ones who had heard the voice that forms creation itself calling them into covenant, even they were complicit in the death of truth. And that is the scariest thing of all. It seems no matter the quality of our insight and training, we are always vulnerable to the human predilection to corporate insanity. We simply get caught up in the thought world of those around us. The scientific worldviews, emotions, ethics, and values of those around us, form us.

I like to think of myself as an independent thinker; I graduated from Sarah Lawrence College for crying out loud. "Outside the box" is expected there. But my mind seems to change in response to the shifting views of those around me. I used to think that lace underwear was risqué. Why don't I think that anymore? I identify myself as a pacifist; why did I think it was a good idea to invade Iraq in order to capture weapons of mass destruction? (Believe me, it wasn't because of a basic trust in GW.) I used to think that blood had magical properties and that because Jesus' blood was shed on the cross, I now avoid an afterlife of endless suffering. I live in Marin now. Why don't I think that any more? Is it because I'm addlebrained? Weak willed? Co-dependent? Well maybe, but it goes deeper than that into the formation of the brain.

In his book, Why We Believe What We Believe, Andrew Newberg, MD, gave a chilling recipe for how to create a terrorist. It's very simple. You take children from their parents, isolate them, give them a cause and an enemy to tear down, throw in a vengeful god who rewards violence, feed them violent imagery over time so they are inured, even excited by carnage, and voilà, you've got a terrorist. Happens all the time. 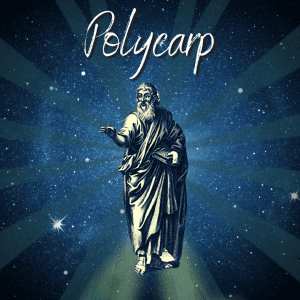 Polycarp - Pray for those who hurt you
Billy Kangas
2 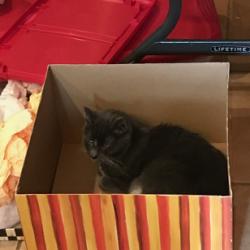 Addendum 1: A First Pass at Some Notes on Pre-Islamic Persia
Dan Peterson
4 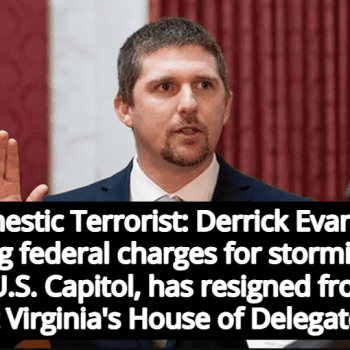 West Virginia Lawmaker Who Participated In Storming Of U.S. Capitol Resigns
Michael Stone
Get Patheos Newsletters
Get the latest from Patheos by signing up for our newsletters. Try our 3 most popular, or select from our huge collection of unique and thought-provoking newsletters.
From time to time you will also receive Special Offers from our partners that help us make this content free for you. You can opt out of these offers at any time.
see our full list of newsletters
Editor's picks See all columnists