Balancing Liberty and Law: Religious Nonprofits in America and Britain 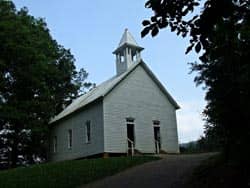 In early October 2010, Paganism was making headlines worldwide. In the United Kingdom, The Druid Network (TDN) became the first ever Pagan religious organization to be granted charitable status by the Charity Commission of England and Wales—a move that, as major newspapers in both Britain and America reported, was tantamount to "officially recognizing" Druidry as a religion for the first time in thousands of years. The news was welcome and celebrated by many people in the Pagan communities of both countries, who viewed TDN's success as yet another step toward broader acceptance and greater tolerance for Druids, Witches, Heathens, and other Pagans in modern Western society.

Yet for all the benefits of such a victory, there are also drawbacks and complications to seeking legal status as a religious organization. Some nonreligious and non-Pagan Druids in the UK worried that TDN's success might alter public perception of Druidry, redefining it as exclusively religious rather than as a philosophical way of life flexible enough to blend with other paths and traditions. For others in both Britain and the U.S., TDN's new legal status as a charity raised concerns about the role of government regulation for religious institutions more generally. The news provoked a flurry of discussion about whether religious liberty is more likely to be protected or curtailed by its sometimes uneasy relationship with the law.

As with many socio-political issues, the nature of religious freedom in modern society arises from a complex interweaving of cultural trends, social ideals, and legal precedents. Balancing law with liberty often requires a nuanced understanding and careful navigation of the many hazards, hoops, and pitfalls.

Religious Freedom at Home and Abroad
In both America and Britain, religious freedom is a protected individual right, defined by two distinct aspects: the freedom of practice or worship, and the freedom of belief or conscience. The U.S. provides for the right to religious freedom in its Bill of Rights, while the UK, a signatory of the 1953 European Convention of Human Rights, has clarified these protections most recently in its Human Rights Act 1998. The protection of the individual right to religious freedom means, most basically, that every person has the right to believe whatever she likes, and to worship or practice according to those beliefs in any way she likes, provided her beliefs do not require her to murder, steal, rape, or commit any other blatantly illegal acts that harm others or endanger the general public.

The rights and freedoms granted to religious practitioners in the U.S. and the UK are not, however, necessarily guarantees that they will also have access to all of the same benefits available to more mainstream faiths—benefits such as nonprofit status, state-recognized holidays, prison and military chaplaincy, clergy who are legally empowered to perform marriages and burials, and so on. Although both British and American law provides freedom from discrimination for practitioners of all religions, the freedom to participate fully and equally in civil society is something that rests on a foundation of legal precedent. For many religious minorities, securing the latter means buckling down to a long process of challenging numerous individual instances of oversight and exclusion in order to push past the tipping point from legal tolerance into social acceptance and support.

This is where the nonprofit and charitable status of religious organizations comes into play. Gaining status as either a "religious charity" (in the UK) or a tax-exempt church (in the U.S.) is one way of establishing legal precedent. Although the laws regarding nonprofits and charities in the U.S. and the UK differ—and so it can difficult to draw perfect parallels between the two—they share enough similarities to provide a useful comparison in exploring the benefits and drawbacks of seeking legal status as a religious nonprofit.

Charity in the UK
In the United Kingdom, organizations can apply for not-for-profit status as a "company limited by guarantee," a company that has corporate status under UK law but does not have a share capital or shareholders. To qualify as a not-for-profit company "Ltd.," an organization must demonstrate that its profits or trading surplus are not distributed among the company's members but are reinvested in achieving the company's goals as outlined and defined in its memorandum. Not-for-profit companies of this nature can include social clubs, student and workers' unions, sports associations, and so on. Although the recent Companies Act 2006 allows organizations to register as Community Interest Companies whose profits and assets are used "for public good," no special status is given to explicitly religious organizations under this law.

Article Continued On Next Page
Page: 1 of 4
4/14/2011 4:00:00 AM
About Kevin Juhasz
Kevin Juhasz is a content manager with a Colorado-based marketing company and the owner of The Write Content, which provides writing and editing services. He has more than 25 years of writing and editing experience with websites, newspapers, magazines, trade publications and more. Kevin has covered news, sports, entertainment, technology and a wide variety of other subjects.