Bringing Out the Infinite

As mentioned in previous articles, one apparent "intent" of God in creating this world of God-concealment and lack of clarity is to allow a dimension of reality to exist that brings a possibility for a seeming choice to stray away from God. When we choose Godliness in a world of seeming non-Godliness, we bring forth a clarity of Godliness that was otherwise unknown. We clarify that there is God even in the place where that was not an obvious fact. And when God-awareness is brought forth in this manner, the concealment of God in our world turns out to be the backdrop setting the stage for the ultimate in God-revelation—since without the apparent absence of God, there would never have been the possibility of the grand revelation of God that takes place when God is revealed in an arena that originally presents itself as a non-God arena.

In this world of confusion, when God is chosen over non-God, there is a clarification of truth versus falsehood, of reality versus virtual reality, of good versus evil. When the diamond is taken from the rough, although it previously seemed like one big concoction, that which is truly valuable is preserved and cherished, and all else falls away.

This is the situation and opportunity presented by the concealment of our world. In matter of fact, this is so much at the core of who we are as people and the purpose of what we are in the world to do that one does not have to look any further than one's own body to see this paradigm at work. Just as, in this world of God-concealment, we take in a mixture of Good and Evil—that which reflects the reality of God and that which hides the reality of God—and work to bring forth the Good and push the Evil aside, so too, in this physical domain, our bodies take in foods that contain a mixture of healthy and unhealthy ingredients—minerals and quantities our bodies need, and minerals and quantities our bodies would be better off without—and "choose" that which is good for it and attempt to do away with that which is bad for it.

Evil Is a Waste


This process is critical to our survival. Without our ability to remove the waste, our bodily system would become clogged, thereby preventing life-sustaining substances from flowing to their proper destination. Similarly, were we not capable of deciphering and choosing Good from among the mixture of Good and Evil, we would end up with clogged spiritual arteries leading to a spiritual flat-lining. Were bodily waste not eliminated, the extremities—whose function it is to carry out physical action—would become blocked from the source of their lifeblood, the heart. So too, were evil not eliminated, human souls, whose function it is to carry out spiritual action, would become blocked from the source of their spiritual lifeblood—God.

Breaking Down for the Purpose of Building Up
The process by which the body accomplishes this clarification of utilizing the healthy from among the healthy-unhealthy mixture is by breaking down the mixture and "choosing" the healthy from within the broken down mixture. The same applies to life. If we are to take the Good from the Good-Evil mixture of this world, we must be able to break down and clarify the situation into defined aspects and parts in order to gather up the good aspects from within the mixture.

For example, in some locations around the world there are fish species that are poisonous, and if eaten, they can be deadly. In Japan, the puffer fish can cause paralysis culminating in death within twenty-four hours if eaten. However, there are also parts of that same fish that are edible and even considered a delicacy. In order to pull the good from the bad, the chef needs to know how to cut up the puffer fish. He has to be capable of identifying, slicing, and dicing the good parts of the fish from among the hodgepodge of edible and inedible contained within the entire fish.

This is the idealistic approach of Judaism. Our perspective is that as long as you have a reasonable shot at taking the Good from the Evil, that is a shot you ought to cautiously take since that is what this world is all about. This world is a concoction comparable to the puffer fish, and there is infinite goodness to gain. We are involved in bringing out the Infinite from within the Good-Evil mixture of our multiplicity-oriented world by breaking down the components of the situations we face and making choices toward Goodness and Godliness, just as the body breaks down what it takes in and proceeds to incorporate that which is good for it and expunge the waste.

Does Evil Disprove the Existence of God?
Jonathan MS Pearce
2 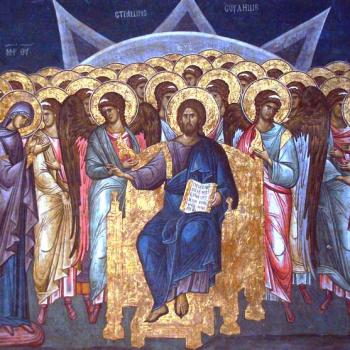 We Are All Philosophers - John Frame
Michael Bird
4

Anti-Mask Pastor Tony Spell: The Judges Who Ruled Against Me Ruled "Against...
Hemant Mehta
Get Patheos Newsletters
Get the latest from Patheos by signing up for our newsletters. Try our 3 most popular, or select from our huge collection of unique and thought-provoking newsletters.
From time to time you will also receive Special Offers from our partners that help us make this content free for you. You can opt out of these offers at any time.
see our full list of newsletters
Editor's picks See all columnists