In the first three months of 2011, legislators in at least seven U.S. states introduced "stealth creationism bills"—legislation that, if it doesn't outright mandate the teaching of intelligent design in public schools, includes carefully-worded provisions that protect educators who do it. At the same time, over half of those states have also attempted to ban Islamic shari'a reasoning from becoming a part of any American law. Often, it's the very same people trying to mandate public-school Bible classes and strong-arm local mosques out of the community. The message in their actions is clear: we are all for government endorsing religion—as long as its ours and ours alone.

Most of the lawmakers pushing Christianity on public schools don't admit they are asking government to legislate their religion into a place of preference; they typically argue that their view is a valid scientific alternative.

But "intelligent design," which many of these new bills advocate, is not much more than biblical creationism deliberately restatedin non-religious language. (The term was coined by a group of Christian creationists trying to circumvent state education laws.) In some states, more explicit legislation gives up the game: Kentucky law authorizes "the theory of creation as presented in the Bible" and to "read such passages in the Bible as are deemed necessary for instruction on the theory of creation." The influential Texas Board of Education, which has been a champion of teaching creationism in public schools, also approved requirements that force public high schools to teach Bible classes.

Even framed as "intelligent design," creationism is a distinctly Christian idea that commands no respect in the scientific community, including among most credentialed Christian scientists. Asking that this particular religious narrative be taught alongside serious science should strike Americans as no less alarming than U.S. courts looking to the Koran for their legal reasoning. It's dangerous not only because it's hypocritical to welcome government collusion with one religion while banning it from interacting with another. Religious believers of all types should be concerned that government stay out of their business, because getting government mixed up in your religious affairs in ways you like is the surest route to having it involved in ways you don't.

Americans' freedom of speech and religion are protected to an extent almost unheard of elsewhere in the world, even in the democratic West. This month, France's ban on Muslim women wearing traditional religious dress in public—a shocking infringement on individual and religious freedom—went into effect. The fact that we can scarcely imagine something similar happening in the U.S. is a testament to how vigilantly the courts have guarded those freedoms in our country. But the flip side of keeping the government out of religious practice is keeping our religious practice out of the government.

One cannot exist without the other; change that balance, and the state becomes the tool of religious interests, or vice versa—the exact situations the American constitution was devised to prevent.

It is on behalf of this deeply American idea, one that has served us so well for so long, that I hope conservative Christians can be persuaded to abandon their creationism bills and campaigns to re-institute school prayer. They should realize that not only are those pursuits an attack on American ideals, but that supporting those American ideals, rather than crusading for preferential treatment, is very much in their own interest. 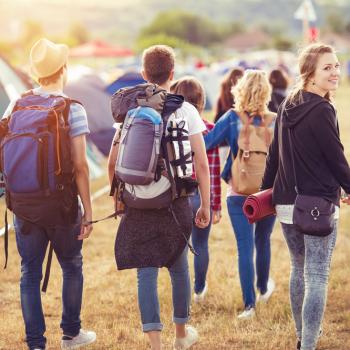 How To Be A Better Person
Anne Kennedy
3 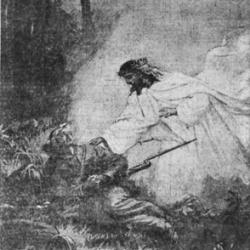 The End of the Age: Reflecting on a Mother's Wisdom
John Mark N. Reynolds
4

A Model for Church Discipline
Roger E. Olson
Get Patheos Newsletters
Get the latest from Patheos by signing up for our newsletters. Try our 3 most popular, or select from our huge collection of unique and thought-provoking newsletters.
From time to time you will also receive Special Offers from our partners that help us make this content free for you. You can opt out of these offers at any time.
see our full list of newsletters
Editor's picks See all columnists