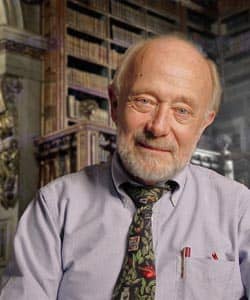 The choice between understanding the resurrection of Jesus as "physical/bodily" or as "spiritual/mystical" was included in the invitation to write this essay. The distinction is helpful; it makes clear that Christians have understood the meanings of Easter in different ways. But for more than one reason, including the common meanings of these words in modern English, I don't like either option.

I begin with the positive, with what we can say with certainty about the meaning of Easter in the gospels and the New Testament. It is twofold: Jesus lives and Jesus is Lord.

Both convictions are grounded in experience. Some of Jesus' followers experienced him after his death as a figure of the present, not just of the past. And they experienced him as a divine reality, now "one with God" and "at the right hand of God."

Many of these experiences were visions. Paul's experience of the risen Jesus on the road to Damascus, described three times in Acts 9, 22, and 26, and referred to by Paul in Galatians 1, was clearly a vision. It happened a few years—three to five—after the death of Jesus.

In 1 Corinthians 15, Paul refers to his experience as belonging in a list of other visions of Jesus—to Peter, the twelve disciples (though obviously not to Judas), James, and five hundred people at the same time.

Visions are about "seeing," as the word implies. Often visions involve seeing and hearing a person in bodily form and can even include tactility, a sense of touching or being embraced.

For more articles on Easter and Holy Week, click here.

In addition to visions of Jesus, I think there were non-visionary experiences of the same presence and power that his followers had known in Jesus during his historical life. "The Spirit of the Lord" was upon him, as the gospels put it, and his followers continued to experience the same Spirit after his death.

And there was something about these experiences that led to the second meaning of Easter in the gospels and the New Testament. Not only that Jesus lives, that he is a figure of the present and not just of the past, but that he is "Lord"—a divine reality, one with God and having the qualities of God, at "the right hand of God."

So Paul refers to the risen Jesus in Acts and his letters: Jesus is Lord. So also in the story of Thomas in John 20. When Jesus appears to him, Thomas exclaims, "My Lord and my God!" In both Matthew 28 and Luke 24, we are told that his followers "worshipped" the risen Jesus.

A Physical/Bodily Resurrection?
Because of the common meaning of "physical/bodily" in modern English, I do not think the resurrection of Jesus means this. Physical/bodily means fleshly, molecular, protoplasmic, corpuscular existence.

But the risen Jesus is not in this sense a physical/bodily reality. The resurrection stories in the New Testament make that clear. The risen Jesus appears in a locked room (Jn. 20). He journeys with two of his followers for a couple of hours and is not recognized, and when he is recognized, he vanishes (Lk. 24). He appears in both Jerusalem (Luke and John) and Galilee (Matthew and John). He appears to Stephen in his dying moments (Acts 7). He appears to Paul in or near Damascus as a brilliant light (Acts 9). He appears to the author of Revelation on an island off the coast of Turkey in the late 90s of the first century (Rev. 1).

These texts are not about Jesus being restored to his previous life as a physical being. If such events happen, they are resuscitations: resuscitated persons resume the finite physical life they had before, and will die again someday. Whatever affirming the resurrection of Jesus means, it does not mean this.

Moreover, what would it mean to say that the risen Jesus is a physical/bodily reality? That he continues to be a molecular, protoplasmic, corpuscular being existing somewhere? Does that make any sense? How can the risen and living Jesus be all around us and with us, present everywhere, if he is bodily and physical?