Why did Jesus have to die, and why did God raise him from the dead? 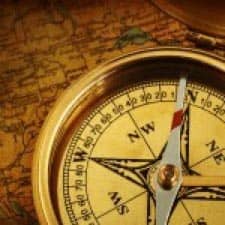 Jesus entered the human drama where our sin leads us to kill people who don't shoehorn themselves into our skewed view of justice. He was killed, as a just man. God raised him to illustrate that we need fear death no more. We who follow him, therefore, must follow that same compass of justice that will likely get us ostracized and maybe even killed. But who cares? God's in charge and we're more interested in justice than a temporary little pleasure like life.

A prolegomenon: I have a great reverence for Jewish tradition and dislike anything that smacks of supersessionism. I don't think Jesus or Paul invented a new religion. I do think that Jesus was about calling Israel to its roots of radical obedience to the covenant with Abraham. I do think Paul's conversion had more to do with turning away from sin than turning away from the Jews.

Why did Jesus have to rise? To show sinful humanity that death need not be feared. Israel knew how to obey God, but succumbed (as we all still do) to the temptation to hitch their horses to limited human understandings of the good. People were afraid to follow the law because, like us, they believed that only suckers follow the law. Jesus' teachings about radical love—grace shot through everything—got him killed because the Powers and Principalities simply couldn't tolerate that kind of upsetting of things. (Powerful people are the ones responsible for these limited versions of justice and therefore have the most to lose when prophets remind them how limited they are.) Jesus died because he lived among people who kill. Jesus rose because God is more powerful than people who kill.

Salvation, then: imagine having all your debt wiped away instantly. Student loans, mortgages, car payments, credit card bills, everything. You're free. That happens only if, in an instant, you no longer feel beholden to those powers who hold you in thrall—even better, if you learn that those powers no longer exist.

What Jesus did is accomplish that re-ordering of who's in thrall to whom. We are no longer in thrall to death, because Jesus showed us that it's nothing to fear. We're no longer in thrall to sin, because we can (if we choose) reject every form of temptation to sin because we know those limited views of justice are weak candles against the Sun of God. He set us free from our thrall: "for freedom Christ set us free." What human beings choose to do with our freedom begins the story of the Church.