Freak for Christ: The Cost of Conversion

As a mother, an educator, a Catholic, a modern woman, I would love to hear more about your conversion—did you lose friends? Do you sometimes feel like a freak? I'm the only person I know (my age 43) that goes to Mass more than once a week. The internet seems filled with these goody two shoes Catholic mothers who sew all their childrens' clothes and celebrate liturgical feast days and such. What if you are just kind of a slacker? How do you not get so discouraged? That would interest me.

If I had children, I told the woman, I'd probably be dispensing tips on how to refrain from selling them into slavery. But seriously, the short answer is we have to figure out what sets us on fire and then go after that thing with single-minded determination. For me, that's been writing.

The long answer is that Catholicism is a radical search for the truth. We don't hear nearly enough that grace costs. We don't hear nearly enough that to follow Christ more or less means being poor. We're not called to live in destitution but we're clearly called to not own much more than we can use, which is really not all that much. We're called to poverty, chastity, and obedience. And what I've found is that these are the most exciting, challenging states possible! They lead to a kind of freedom and a state of being awake is completely lacking in our narcotic culture.

There's slacking, for example, and then there's slacking. I myself resolutely resist being "too busy." I think the kind of busyness that our culture aspires to and values is the work of Satan. Certain Catholic media types say we are obligated to watch mindless films and bad TV so we can meet people where they are and to that I say, Oh I don't think so. The thought of wasting even ten minutes watching some lame TV show makes the hairs on my neck stand on end.

When Christ hung out with the prostitutes and the taxpayers, he wasn't saying Let's tell non-funny dirty jokes and gossip. He didn't meet them at their level in that way. He met them at their level by loving them as they were and also calling them higher. You love people by seeing their terrible hunger and thirst (which means getting deeply in touch with your own), by inviting them to contribute, by showing them they have an integral, vitally important mission. By making and showing them great art and great humor, born of a path that is long, rocky, lonely, and hard.

I lost my marriage in part because I converted. I quit my job as a lawyer because I converted. I'm not sure I lost friends, but I may have lost a certain closeness with certain friends. That Catholicism is constantly misinterpreted, misunderstood, maligned, scorned, despised, spat upon I can accept. What bothers me more is the view of Catholicism as mindless eccentricity. Right after Obama was elected a friend was gushing about him and after awhile she said: "You love Obama, too, right?" I said, "Well, he seems like a nice enough guy but I'm not crazy about the fact that he supports embryonic stem cell research and I bet you anything nothing gets better for poor people and he starts a war or two and in about a year everyone turns around and starts to hate him." And she said, "Oh well that's just your Catholicism." I almost crawled out of my seat. "My Catholicism!" I replied. "My Catholicism is my life, my Catholicism is the air I breathe."

So for me the sorrow is knowing I'm on to the most inexhaustibly absorbing path imaginable and living a culture that is more or less dead. Low-grade hopelessness, ennui. What brings you alive is sacrifice and suffering. What brings you alive is falling in love with reality. What brings you alive is finding a way to make yourself feel like you belong while also being willing to not in any way be "relevant." The other night I took a walk in the dark and through the chain link fence of a rec park were poking these sort of straggly nasturtiums. I thought Oh nasturtiums! So I plucked a big bunch of them and brought them home and put them in my green glazed pottery bowl and that was the highlight of my day. I love stuff like that!

So you don't particularly want to stand on the edge, but you are going to stand on the edge. You have to develop a very keen imagination, a taste for the unlikely and weird. I just read an interview with Johnny Depp and he said: "I was always fascinated by people who are considered completely normal, because I find them the weirdest of all." And I thought, Oh really? Try hanging out at daily Mass. Nothing looks tamer from the outside and nothing is weirder, more violent, more glorious, mysterious and sublime, than Mass. Mass itself, and the broken, holy, anguished song-prayer-cry of all of us who participate in it.

Sewing the children's vestments is beautiful, if that's what sets you on fire. The problem is when we try to make Catholicism a platform where we can find a foothold, or a club of which we can be a member in good standing, or a variation on good citizenship. Our task instead is to constantly set ourselves on fire with Christ. We can't wait for someone else to do it for us. We have to do it ourselves, through prayer, through the sacraments, through insanely hard, incessant work of honing our craft, even if the work is often looking out the window and reflecting, or doing the dishes, or making the bed. Through abandoning ourselves; by being metaphorically scourged, crowned with thorns and nailed to a cross.

The thing is love. We've leached out all the fire and majesty and awesomeness and terribleness and meat out of Christ, out of Church, out of Catholic art. People can't handle anything "dark" because they live in the dark: the stagnant, the predictable, the boring. People can't handle anything but a bland, happy ending. The Resurrection is not a happy ending: the Resurrection is a surprise ending.

And we don't hear this nearly often enough either: we don't have eyes to see it until we've suffered to the point of "shedding blood." 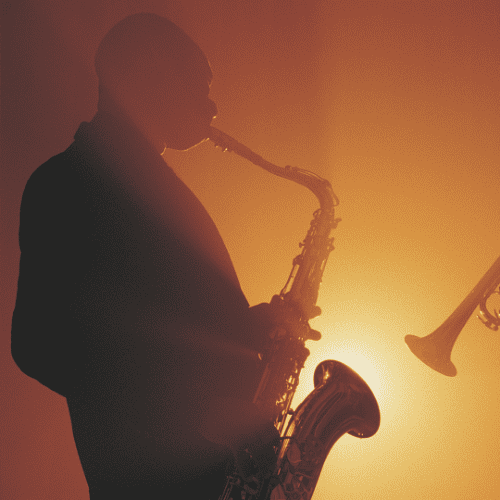 Life in the Key of Love
Billy Kangas
2

It's Been a Year of Wonders
Vance Morgan
4

If 21st-Century Americans Were Living in Jesus' Day
Frank Viola
Get Patheos Newsletters
Get the latest from Patheos by signing up for our newsletters. Try our 3 most popular, or select from our huge collection of unique and thought-provoking newsletters.
From time to time you will also receive Special Offers from our partners that help us make this content free for you. You can opt out of these offers at any time.
see our full list of newsletters
Editor's picks See all columnists