I rarely agree with other Christians. Much of what I write resonates more with nonbelievers than believers. Honestly, this makes me nervous. To assuage these fears, I sometimes try to think about which of my beliefs might scandalize my non-Christian friends. After all, isn't the word of the cross supposed to be folly to those who are perishing? Isn't the gospel of Christ crucified foolishness to the Gentiles?

A few weeks ago, writing about the death of Osama bin Laden, I think I stumbled upon the biggest difference. I ended my piece at Patrolmag.com with the thought: "Here on earth, [bin Laden] deserved to die. But, then, here on earth, so do I."

The piece was well received by Christian and non-Christian friends alike. But even as I read over the initial draft, it occurred to me that the concluding thought, so commonplace amongst believers, must seem kind of crazy to others. Do I really deserve death? This, I think, is the fundamental belief that most separates me from my progressive, non-Christian friends.

To put it another way, the belief that I'm a sinner worthy of death from the outset is to say that, whatever I might wish to believe about humanity, we are all selfish, greedy, miserable people. We are not born innocent.

This is not a good, liberal view. Yet it's fundamental to my worldview and leads me, perhaps surprisingly, to many of my more progressive opinions. My left-leaning friends and I equally disdain war and yearn to see it removed from the face of the earth. Where those friends might imagine that an end to war is possible, however, I live with a kind of Christian cognitive dissonance. War will never end, but I should never stop trying to end it. Likewise, where some progressives may believe that we can progress beyond some of our more fundamental failings, I believe that although we should try, we will never achieve it.

Paul's description of Christian life as a race has always resonated with me. It calls us to endure, to hope, and to strive for the finish line even when it seems to be moving farther away. This is what it feels like to be progressive and Christian: to believe in the necessity of making the world better, with the full knowledge that we, due to humanity's fallen nature, can never get there on our own.

Oddly, this dismal view of humanity has had an unlikely ally in evolutionary biology. If the strong survive because they learn to overpower the weak, then our most basic quality, the very thing on which our survival depends, is our selfishness. Of course, it's not often framed this way, but it has always seemed to me that survival of the fittest operates on the assumption that the creation is fallen.

This is why I'm particularly interested when I come across new research that suggests alternatives to this view. David Brooks recently looked at the latest studies suggesting that it is actually cooperation, not selfishness and greed, that accounts for our survival as a species. In an apt analogy from Jonathan Haidt's The Righteous Mind, humans' moral minds are like giraffes' long necks. "Just as giraffes got long necks to help them survive," Brooks writes, "humans developed moral minds that help them and their groups succeed."

My progressive mind likes this idea and sees some truth in its claims. And yet my beliefs and experiences tell me that humans care more for themselves than for the species. But, perhaps it is both. Certainly our capacity to help one another can account for our success as a species, despite our natural inclination to pursue our own interests at the expense of others. As Brooks concludes, "If cooperation permeates our nature, then so does morality, and there is no escaping ethics, emotion and religion in our quest to understand who we are and how we got this way."

There will be and should be significant differences in belief between Christians and non-Christians. The fallenness of humanity implies the need for a Savior. This will always be a stumbling block. It will always seem foolishness to many. If God's truth is universal, free from any dependence on who believes it, we should celebrate those moments of resonance with our non-Christian peers. And, it turns out, disagreeing in a respectful and compassionate way can actually lead to deep and enriching conversations. Just as progressive views enrich Christianity, so, too, will Christian views enrich progressivism.

"Test Everything": The Life and Theology of Clarence Bass
Chris Gehrz
2 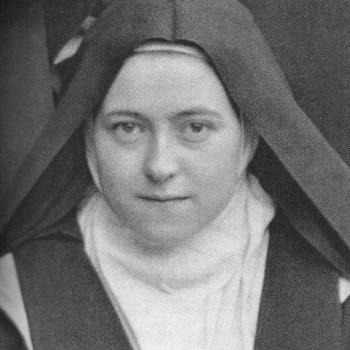 How Did Covid-19 Affect Your Most Significant Relationship? A Birthday...
Vance Morgan
4

Government formed to oust Benjamin Netanyahu: An explanation and three ways to...
Jim Denison
Get Patheos Newsletters
Get the latest from Patheos by signing up for our newsletters. Try our 3 most popular, or select from our huge collection of unique and thought-provoking newsletters.
From time to time you will also receive Special Offers from our partners that help us make this content free for you. You can opt out of these offers at any time.
see our full list of newsletters
Editor's picks See all columnists