Editor's Note: With many Muslim-Americans looking back at 2010 (and now 2011) as one of the most difficult years for them post-9/11, an internal debate has emerged about the usefulness of Muslims engaging in dialogue with outright Islamophobes (for example, Pamela Gellar or Pastor Terry Jones in Florida who burned the Qur'an). Some say dialogue is the only way to provide another viewpoint to their inflammatory rhetoric, while Muslims say there is no point to try and reason or argue with people like Gellar or Jones—it only stokes the fire and gives them unnecessary attention.

Sheila Musaji, editor-in-chief and founder of "The American Muslim" website, puts up an interesting, relevant argument for ignoring Islamophobes, saying that those who do so from the Muslim American community run the danger of being "Useful Idiots." "Engaging with . . . Islamophobes only gives them credibility," she writes. And I see the wisdom in her words. 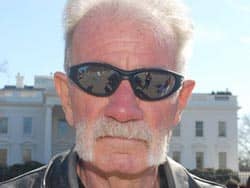 A Muslim "useful idiot" is an individual who may believe that they are being a force for good, but who are either naïve or a publicity seeker whose actions and words actually give support to the cause of the Islamophobes. These folks are in a different category than the actual "lunatic fringe" who hold dangerous views—individuals like Anjem Choudary or groups like Revolution Muslim and the Islamic Thinkers Society.

Some of these "useful idiots" are people who think that it makes sense to appear on the television or radio programs of individuals like Sean Hannity, Glenn Beck, or Michael Savage, and "defend" Islam against professional Islamophobes like Pamela Geller, Robert Spencer, Brigitte Gabriel, etc. The problem is that they are usually not qualified to speak on behalf of anyone but themselves. When they come out looking foolish, the audience takes their inability to convincingly defend whatever claim is being made as "proof" that there is no defense. They do a great deal of harm to the entire community.

Engaging with such known Islamophobes only gives them credibility. Engaging with them on their "turf" and under their rules cannot do anything other than provide them more fuel for their prejudiced attacks on Islam and Muslims. Examples of useful debates might be those on the Young Turks site hosted by Cenk Uygur. Here is one of these TYT debates. Another example of the possibility of an honest debate would be a case like that of Reza Aslan debating Robert Spencer on the relatively neutral CNN with Christiane Amanpour as the moderator. It is a very different situation when the Islamophobes are not allowed to control the debate. When both the host of the program and the individual being debated are both Islamophobes, there is not much chance that a Muslim participant will be given an honest hearing. They are not "fair and balanced" and the outcome is pretty much rigged.

An individual named Mohamed El-Hassan or Elhassan is an informative case in point. He unwittingly played a dupe to Terry Jones' last Qur'an trial and Qur'an burning stunt in March. According to the Washington Post,

Elhassan, a native of the Sudan who is now an American citizen, likes to call himself a sheik. He wears a cleric's flowing white robes and claims hundreds of followers throughout Egypt, Sudan, and the United States.

But he is unknown as a scholar or holy man in the state he has called home for two decades. Religious leaders in Texas say they have never heard of Elhassan, including the imam at the mosque where he worships.

"This so-called leader, we have never heard of this person," said Imam Zia ul Haque Sheikh, the head of the Islamic Center of Irving. "I believe the whole thing is made up."