Yes, Christians Can Vote for Mormons

Editor's Note: This article is published as a part of a symposium hosted by Patheos' Catholic Portal and Evangelical Portal, entitled, "For Life and Family: Faith and the Future of Social Conservatism."

I have my doubts about Mitt Romney and his political aspirations, but not because he is a Mormon (or Latter-day Saint). Nor does Jon Huntsman's LDS affiliation affect my opinion of him as a potential presidential candidate. I've never really "gotten" the antipathy of some evangelical conservatives to Mormon politicians. On the other hand, reports of that antipathy may be somewhat overblown.

Polling has suggested that evangelical Protestants do have a more unfavorable view of Mormons than other Christians have. A widely referenced Pew poll from 2007 found that white evangelical Republicans were the least likely of any Christian group to vote for a Mormon, with 36 percent of them stating they would be less likely to vote for a Mormon because of his religion, as compared to 25 percent of all respondents.

It seems to me, therefore, that the real story here is not the higher unfavorability toward Mormons among white evangelical Protestants; it's the fact that there is still such a high level of unfavorable views across the board.

This probably has much to do with the fact that the Latter-day Saints are best known for their former endorsement of polygamy, or "plural marriage," which they renounced in 1890. Any devotee of popular television knows that some fundamentalist sects continue to practice it, although it has not been condoned by church authorities for 120 years.

Still, while Mormons retain other unique practices, they have lived for decades in the mainstream American culture. Some do not, of course, but a great many do. Sixty-five percent of America's 5.5 million Mormons live outside Utah. Mormons are more likely than the general population to have some college or a college degree, and to be middle-income professionals. Almost every major urban area has a Latter-day Saints congregation; in my town of 78,000 in California—the state with America's second-largest concentration of Mormons—there are two. Mitt Romney and Jon Huntsman may be unusually successful in commerce and politics, but they are by no means peculiar in terms of their comfort with American society.

I can't say how typical my experience is, but I have known a number of Mormons and each acquaintance has been the result of the most common of social activities: work and school. Now and then, a pair of very young Mormon "elders" rings my doorbell, hoping to interest me in a discussion and provide me with literature. But for the most part, my encounters with Mormons occur in the course of everyday life. Mormons are simply part of the community.

I go through this recital to demonstrate the success of Mormons in living among us, without creating social disruptions or demanding special accommodation. Mormons who live in mainstream society are law-abiding, responsible, and positive about the tenets of American political philosophy. There is no distinctively Mormon political movement that questions the principles of natural rights and limited government that underlie the First Amendment—or, indeed, that enunciates any political idea in that regard that would be outside the mainstream of American thought.

Mormons in politics run on party platforms, but while their voters tend to espouse socially conservative positions, the best-known LDS politicians don't always do so. Mitt Romney came late to favoring limits on abortion, for example, and Jon Huntsman is passionate about legalizing narcotics. Senators Bob Bennett, Orrin Hatch, Jake Garn, and Mike Crapo have been largely indistinguishable from centrist Republicans in terms of their voting records and stances on issues. The political "product" of Mormons, while variable, has been the opposite of radical and scary. 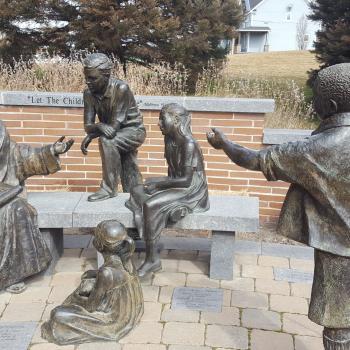