Religious people should be the first to demand the resignation of Anthony Weiner, right? Maybe not. We have a different perspective on leaders, heroes, and icons, and it may leave more room, not less, for sleazy politicians.

Dismissing politicians for their moral looseness makes as much sense as sacking a good NFL quarterback for not being able to ballet dance. Being a paragon of virtue is just not part of the job description of a political leader—nor should it be.

Don't expect to see political leaders sprout wings and halos in response to the misadventures of Anthony Weiner, Eliot Spitzer, and Arnold Schwarzenegger. If the high cost of their shenanigans to career and family couldn't restrain the principal players themselves, their examples are not going to turn everyone else into models of moral steadfastness.

While we can't know with certainty, there is no reason to believe that public figures were better behaved many years ago. We do know that kings, queens, clerics, philosophers, and artistes engaged in a succession of dalliances, but the consequences to them were not as severe as they are today, and their careers were usually not ruined by them. To begin with, far fewer people found out about these indiscretions. The press either did not exist yet, or did not have the same fascination with the sordid details of people's private lives; illicit activity did not leave as many digital tracks behind that came back to haunt them.

That has changed, but not for good reason. We play a strange game with those caught in flagrante delicto. Morally flawed figures call for the resignations of those no more flawed then they—other than being foolish or unlucky enough to have been caught. Most often, people will advance the argument that public figures are role models, and when their indiscretions are discovered, they do far more damage than those of ordinary people. They must therefore be removed from office. Sometimes the argument is couched in terms of violating the public trust, as if voters at the ballot box had exacted a promise of good behavior from its elected officials.

Religious people ought to understand what others do not. Political leaders, with the possible exception of those like presidents who become symbols of their entire nation, do not endanger us by serving as poor role models. They should not be our role models in the first place. We don't get particularly exercised when we discover that certain people in the public employ have given into temptation—big time. We pay no attention at all to sins committed by the people who drive our busses, or pick up the trash, or program the computers in the state capital, so long as they get their job done. Why, then, should we care about the same sins committed by the people whose chief job is to insure that the bus drivers, trash collectors, and computer programmers get paid in a timely manner? Elected officials are nothing more than providers of services. Their job is to ensure that government provides us with what we expect from it. When they don't deliver to our satisfaction or when the price of delivery increases through taxes, we turn them out of office. Little else should matter; we ought to be looking elsewhere for moral leadership.

Do we really want to ask our political leaders to be our moral beacons and exemplars? Doesn't that guarantee failure? Does our political system encourage people of great moral elevation to strive for public office? Rather, don't we award those with huge bank accounts and even larger egos to assume the mantle of public leadership, where for a number of years they will work on nothing more significant than keeping their constituencies happy enough to be reelected? Why would we want to look to them for moral substance, any more than in other professions?

The answer, of course, is that our society trains its sights on the wrong people for adulation and admiration. It then expects too much of the wrong people and not enough of others. If we thought harder about who really impacts the inner life of our children, we would care little about the latest celebrity arrests, or sports figure DUIs—or Senate infidelities. We would care a good deal more about the character and values of the men and women standing in front of our children's classrooms during all their formative years.

We would not give a second thought to the opinions of a group of people not known for their educational background, or rewarded for their intellectual depth—i.e., actors and actresses—rather than rush to them for their often mindless commentary about issues far out of their depth. Why should anyone pay any attention to people whose job is repeating lines written by others, rather than thinking on their own?

The Talmud observes that both Kings Saul and David come in for some major tongue-lashing in the Bible. Yet, as the Talmud puts it, Saul committed one major offense and lost his crown, while David's two indiscretions did not compromise his monarchy. Why? Saul's major misstep directly concerned his conduct as king. Commanded by G-d to wipe out the Amalekites, he gave in too readily to the entreaties of the people to spare some of the booty, so that it might be put to good use in the Temple. By becoming a follower rather than a leader, he sinned against his office, and was removed by G-d. David's sins, on the other hand, might quite possibly have been more grievous, but they were his own flaws, ones that are common to many human beings. As such, they did not directly interfere with his ability to act as a good king. 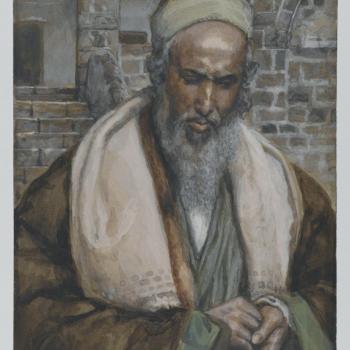 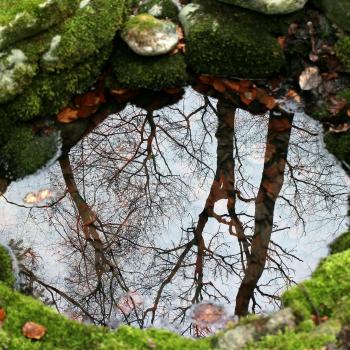 What Exactly Is the Point of Divination Anyway?
Sidney Eileen
3

The Least Religious Countries in the World
Andrew Henry
4 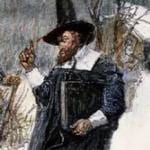 If Christmas is so sacred in U.S. history, why did Massachusetts ban it?
Rick Snedeker
Get Patheos Newsletters
Get the latest from Patheos by signing up for our newsletters. Try our 3 most popular, or select from our huge collection of unique and thought-provoking newsletters.
From time to time you will also receive Special Offers from our partners that help us make this content free for you. You can opt out of these offers at any time.
see our full list of newsletters
Editor's picks See all columnists