Being There: It's Enough

Last week at the grocery store a young woman with her toddler passed me in an aisle. She stopped me to say, "I have seen you shopping in here before, and I just want to say that you encourage me, and give me hope." She went on to explain that her 7-year-old daughter lost her sight at age 5 from eye cancer. Her little girl was doing well learning Braille, and had lots of friends. She related a story of how a stranger came up to her in front of her daughter saying how sad that it was that her little girl was blind. This 7-year-old spoke up for herself, not in a disrespectful way, but told the woman that she didn't think it was sad; she was the fastest runner in her class!

I told this mom good for her daughter, and it sounded like she already had confidence, and would do very well becoming independent in her life. This little girl will grow up regarding blindness as normal for her, and it won't stop her from achieving her dreams. As we parted to go on with our shopping, the mother told me that she was glad that she had a chance to talk to me—that I helped her to imagine her daughter one day living her own life, independently.

That exchange encouraged me, as well. We sometimes aren't aware of when or how we are being used by God to help lift others up. It was one of those times you feel that the Lord was there in a "God moment."

When I first lost my sight, I would remember watching my grandmother after she had lost her sight in her late 60s. Even as a little girl I admired how well she took this unexpected "new reality" in her life, and how independent she remained. Ironically, I would sometimes close my eyes to see if I could do something without being able to see. She was such an inspiration to me, and neither of us knew at the time how her example would encourage me in my future. She died about ten years before I would face the same challenges, but as I adjusted I would tell myself if grandma could do it, well so could I.

We don't have to share the exact same experience to be able to encourage others. Often, simply being there, for someone who is struggling, is enough.

A high school friend of mine had become a firefighter-paramedic living in San Diego; shortly after I lost my sight, he invited me to travel by train and visit him. Picking me up from the station, he announced that he had been in touch with the San Diego Center for the Blind, and had arranged for me to sit in on a couple of classes.

This was my first experience learning any of the "tricks of the trade." He dropped me off there, and they took me to a class where the students were learning practical life skills. In that short class, I was shown how to fold my money to know what bills I had in my wallet, and how to feel the difference between coins. We were also taught how to put a sewing needle into a cork to make it easier to handle, and then with a needle-threader to thread it to sew on a button.

In that short amount of time, I was given so much encouragement! It "opened my eyes" to the possibilities of what I could learn once I began my classes back at home. When Mike picked me up, he gave me my first white cane, and the mobility instructor gave me a crash course in how to use it. Though I would have to take classes to learn the techniques of mobility at my school, it got me started.

After that, Mike planned what we called our "blind date," even though we had been friends for years. He drove us to a mall, and covered his eyes with gauze pads, and then with sunglasses. We took my new cane and walked together to a restaurant, as two blind people. His willingness to try to understand this new world that I was living in was gave me huge encouragement as I faced so much that was new!

He is still a good friend to both Ed and me all these years later, and I will always remember how he was just willing to be there for me—a true friend when I was in need of hope, when I was unsure and a bit afraid.

Now, all of those things seem normal to me, and I am glad when I can pass on some hope for others who are experiencing something challenging in their lives. Even if I may not know exactly what they are going through, I can just be there for them, and show them that I want to listen and understand, which is sometimes the thing that is needed most of all. 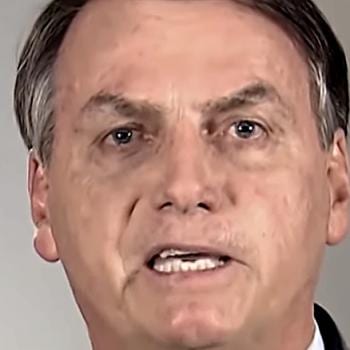 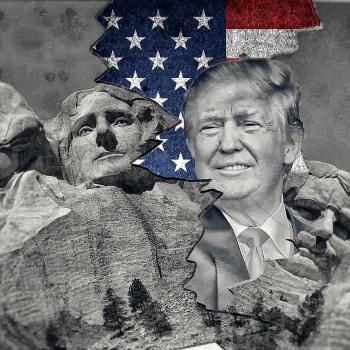 God dogs evolution as U.S. eases away from faith, creationism
Rick Snedeker
Get Patheos Newsletters
Get the latest from Patheos by signing up for our newsletters. Try our 3 most popular, or select from our huge collection of unique and thought-provoking newsletters.
From time to time you will also receive Special Offers from our partners that help us make this content free for you. You can opt out of these offers at any time.
see our full list of newsletters
Editor's picks See all columnists