In Defense of Bachmann's Base

A couple of days ago, Michele Bachmann, Republican Congresswoman from Minnesota, announced her candidacy for president. A little less than a week before she did so, but when it was perfectly clear that she would, Rolling Stone published a 5,000-word profile of her by Matt Taibbi. Profile is the formal word; tirade is probably more accurate.

In it, Bachmann is described as "a religious zealot whose brain is a raging electrical storm of divine visions and paranoid delusions . . . She's trying to look like June Cleaver, but she actually looks like the T2 skeleton posing for a passport photo." Her base, Christian conservatives, are "people who believe that God tells them what condiments to put on their hamburgers, who can't tell the difference between Soviet Communism and a Stafford loan" and "who have read and enjoyed the Left Behind books."

It won't surprise many people that I'm not a fan of Bachmann. Anyway, I won't be voting for her in 2012. And, I acknowledge that Taibbi's piece is mostly meant to be over the top and funny; I'd be lying if I said I didn't chuckle a few times. But, I am going to argue that for progressive Christians it should be read as a rallying cry and a wake-up call to the fact of our pathetically low profile in the public square.

In Taibbi's account, we don't exist. He very openly divides the world into "us versus them" and, from where Taibbi stands, we're "them." Though we probably are more aligned politically with Rolling Stone than Relevant, though we probably scoff at many of the same absurdities that Taibbi and his ilk do when they look at evangelical Christianity, in an "us versus them" view of the world, there is no room for progressive Christianity.

Taibbi recounts "a lengthy autobiographical speech" from 2006 in which Bachmann "claimed 'callings' from God had pushed her to every major decision in her life." He details her story of the way she and her husband came to be married through "a unique series of divine visions." Then, with a wink, he turns to his readers, his fellow smart people, "Snickering readers in New York or Los Angeles might be tempted by all of this to conclude that Bachmann is uniquely crazy. But in fact, such tales by Bachmann work precisely because there are a great many people in America just like Bachmann."

Here, any Christian, progressive or not, is not the reader in New York or Los Angeles (never mind that I'm writing from New York). No, we are the "great many people." Many of us feel that in some divine and mysterious way we live our lives according to a calling. I may be less inclined to say "God told me to this" or "God told me to that," but as a Christian, I do believe my life is subject some divine direction.

But, far more than any need to defend myself and progressive Christianity, Taibbi's piece actually makes me want to defend my conservative friends and family members, those who actually have "read and enjoyed the Left Behind books." These could be the people I go to church with, and are certainly the people I grew up going to church with. They are friends from college whom I long ago blocked from my Facebook stream for their conservative rants (and who have no doubt blocked me), but are still brothers and sisters in Christ. We may hardly ever agree, but they are worthy of my defense.

Taibbi's essay perfectly elucidates the point that the media watchdog site GetReligion.org exists to make. In fact, GetReligion.org contributor Sarah Pulliam Bailey does an excellent job of taking Taibbi's essay apart piece by piece. It is clear that Taibbi doesn't get religion; at the same time that he acknowledges that mocking invigorates Bachmann's base, he offers one of the most brazen mocks ever. Taibbi seems as far removed into his own mind as he accuses Bachmann of being into hers.

Of course, this is a familiar story; this is what partisanship does. This is most clear in Taibbi's conclusion. He states that Bachmann is engaged in "an easy conquest of an overeducated cultural elite from both parties that is far too full of itself to understand the price of its contemptuous laughter." And yet, he contemptuously laughs his way into this, "All of those people out there aren't voting for Michele Bachmann. They're voting against us. And to them, it turns out, we suck enough to make anyone a contender." 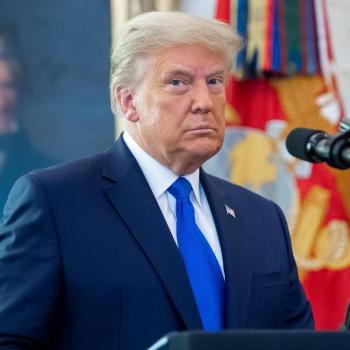 Liberals Hurt At Risk Children to Host Reasonable Microaggressions
Patrick L Green
Get Patheos Newsletters
Get the latest from Patheos by signing up for our newsletters. Try our 3 most popular, or select from our huge collection of unique and thought-provoking newsletters.
From time to time you will also receive Special Offers from our partners that help us make this content free for you. You can opt out of these offers at any time.
see our full list of newsletters
Editor's picks See all columnists