Author's Note: Part Five of a series on Finding Voice. This is an essential part of the contribution of Hebrew Mysticism, often referred to as Kabbalah, to the great symphony of World Spirituality. Read Part One, Part Two, Part Three, and Part Four.

A Great Voice That Does Not Cease
Some teachers have taught that the revelation heard long ago at Mount Sinai when God spoke to human beings was an event occurring once in the lifetime of the universe, calling it according to its biblical phrasing, "A great voice which did not continue." Again, the mystics insist that another reading is possible. In the original Hebrew, the phrase "did not continue" can paradoxically be read as "did not cease." The voice of Sinai is accessible even after the echoes of the original revelation are long since lost in the wind. The voice of revelation has never ended.

So if the voice still continues, in what form does it live on?

Indeed the entire cultural-spiritual enterprise of the Judaic spirit in the post-biblical age is to hear the voice, even in—some would say especially in—the silence. The biblical age ended when God stopped talking. For the Buddhist, even if one were to assume some notion of divinity, there is clearly no such absurdity as a talking God. For the Hebrew however, the essence of divinity is a talking God. Indeed the Hebrew God of the Bible talks almost endlessly, pouring out twenty-four books of divinely spoken or inspired word: the Hebrew canon.

What to do then when God stops talking and retreats into silence? In the interpretive reaction to this silence Judaism and early Christianity parted ways. For Christianity, the cessation of speech by a talking God could only be a portent of divine withdrawal of favor. They interpreted the silence as a silence of absence. God no longer talked to the Hebrews for he had chosen a New Israel. The post-prophetic Hebrews, however, refused to accept this understanding of God's silence. This is the silence, not of abandonment they insisted, but of mature love. It is not silence of absence but silence of presence.

Imbued with intense and profound religious passion they listened to the silence and insisted that they heard God talking. That speech is the Halachic enterprise, which insists on the radical presence of the divine in every facet of existence. It is only in this sense that we understand the rabbinic comment after the temple's destruction, "God's presence in this world now rests in the four cubits of Halacha." It is not a statement of dejection or resignation; it is rather the confident commitment of the lover.

The word "prophet" in Hebrew is navi, meaning literally speech. Divine speech will no longer be channeled through a prophetic elite. The temple—symbol of the prophetic period—is no more. The divine voice—presence in absence, silence of presence—can be heard by all lovers who long and listen. All speech is potentially prophetic.

Learning the Language of God
Moses is the prophet par excellence and yet the Zohar suggests that Moses lives in every generation. For Moses is the model of the called human being. Indeed as the Kabbalists point out, the word Moses spelled backward is Ha Shem, meaning "the name." Importantly, Ha-shem in biblical Hebrew also is the most common reference to God's name. When you respond to your call and realize your soul print, fully becoming your name, you become one with God. When Moses did this, he found his voice; he became a prophet.

In the beginning of the book of Exodus, Moses is described as stuttering, unable to speak clearly. He says, "Who am I to go to Pharaoh, I am not a man of words." And yet by the end of the five books, Moses gives great and powerful speeches to Pharaoh, to the people, even to God. The beginning of the last biblical book, called Deuteronomy (which in Hebrew is Devarim, meaning "words"), opens with the sentence, "And these are the words that Moses spoke." Moses, who in the book of Exodus says, "I am not a man of words," has become the ultimate man of words. He now speaks the word of God. When we find our voice, when we connect with our inner soul print, then divine energy courses through us and we are able, each in our own way, to speak the word of God.

Jesus in the Garden on Easter Sunday
Jim Meisner Jr.
2 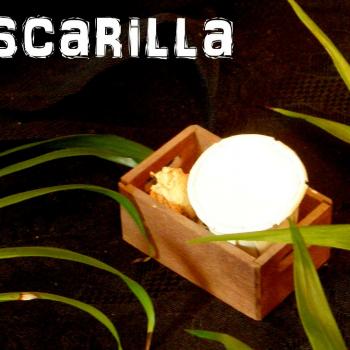 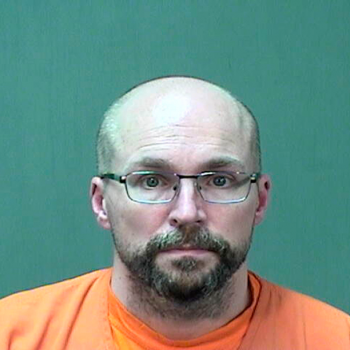 Vaccine-Destroying Pharmacist Thinks the Sky Was Made to Stop Us from Seeing...
Hemant Mehta
4 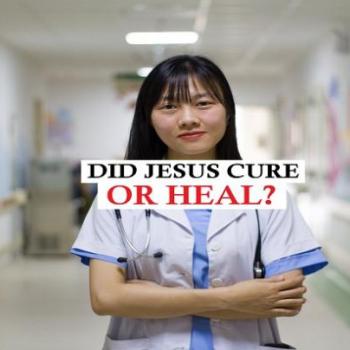 Folk Healer Jesus
Fellow Dying Inmate
Get Patheos Newsletters
Get the latest from Patheos by signing up for our newsletters. Try our 3 most popular, or select from our huge collection of unique and thought-provoking newsletters.
From time to time you will also receive Special Offers from our partners that help us make this content free for you. You can opt out of these offers at any time.
see our full list of newsletters
Editor's picks See all columnists