The Power of Place, Part Two: What You Can Do

I first learned about honoring city spirits when I was traveling abroad. Sometimes I suppose that's what has to happen: we end up going somewhere different to see what's right under our noses every day! This week's column talks about how one can learn to honor city spirits, and some useful things to keep in mind while traveling. Let's begin with how to maintain a spiritual connection while traveling.

The most important item that I carried with me throughout my sojourn in Berlin and my travels elsewhere in Europe was my travel altar. Creating a travel altar is a devotional act and meditation in and of itself. Travel altars can be as individually unique as the person creating them. Mine started out as a stationery box. I bought a set of Japanese greeting cards because I wanted the pretty box to use as an altar container. To that I added various images and small objects from my main altar that symbolized the Gods I love and also a few pictures of my ancestors.

I was later gifted with an altar cloth and, of course, I included a small portable candle. It was simplicity itself, but when traveling in a foreign country for an extended period of time, spending time in strange hotels, it really helped to have the stability and comfort of my altar (albeit in miniature) to turn to. To my finished travel altar, I added my northern tradition prayer beads and a tiny set of travel runes. This was the first thing I set up upon arriving at my student apartment and the last thing I took down.

To make your own travel altar, first find a small, portable box that you like. Cigar boxes are ideal and can of course be decorated by anyone possessing more arts and craft skill than I have (which is almost everyone!). I once saw a cigar box that had been padded and covered in lovely paper, satin lined, and altered to include a small drawer. It was amazing. I have also seen altars in small Altoids tins. The size and contents are completely open to your own imagination.

Once you have your box, decide upon a representational image of the God and/or Goddess with which you resonate most strongly. It can be a statue, if you can find one small enough, or a picture or a stone, or anything that fits in the box that speaks to you of that Deity. Then perhaps add elemental symbols: incense, feathers, stones, sacred oil, earth, a candle, etc. (if that is part of your practice). I also chose to add two pieces of driftwood for my ancestors. In Norse cosmology, humans were first created by Odin, Hoenir, and Lodhur out of two pieces of driftwood, so for me, this symbolizes my ancestors. But including pictures of specific ancestors is an excellent idea as well. Add whatever you like to make this a working altar.

I also suggest taking a journal with you. Traveling in a foreign country, particularly if the Gods and Goddesses you honor have a history of worship in that particular country, can be a powerfully different way of connecting to those Deities. It can teach you things about your Gods and about connecting to Them that can be quite surprising. It's a chance to see a different side to your Deities and to expand your comfort zone a little bit. Keeping a journal of prayers, meditations, insights, and experiences while traveling can both be enlightening and provide a valuable "souvenir" to take home with you. It's an opportunity to bring sacred mindfulness into even the most mundane of journeys. Try to set aside time nightly to write about your day and then see what experiences and insights that day may have brought.

If you are traveling to an area that forms part of your ancestral map, then you have another wonderful opportunity to both honor and reconnect with your dead. Make offerings to your ancestors, even if only a glass of water set upon your altar. Take the time to re-establish your relationship with them, to invite them to come into your life again. If you have the opportunity to visit the towns and villages that your ancestors came from, all the better, but if not, the experience can still be immensely rewarding. Most of all, seek out sacred sites. Sometimes these places are sacred for a reason and they can be powerful points of connection and remembrance.

Of course, one doesn't have to travel abroad to have such a powerful experience with the land, the Gods, or one's ancestors. With the right approach, one can experience just as powerful a connection right in one's hometown. For those of us who work with energy or who practice a religion that believes in honoring the land, I think it is very important to be mindful of the land we inhabit here and now. It's wonderful to honor one's ancestral lands but that doesn't mean we can ignore the place we're living at the moment.

Restoration of our traditions is as much about waking up to what's right in front of your nose as it is about crafting the future or drawing from the wisdom of the past. I think this is something many of us often forget. Connecting with the here and now is as important as connecting with and honoring the ancestors. It's all part of the same devotional act. So, here are a few steps that you can take to learn to honor the spirit of your own city in a mindful, vital, and useful way. It will enrich your practice a thousand times over.

Druid in the City: Sing the Song of Life
Victoria S.
3

"All Can Partake, Freely"
Dan Peterson
4 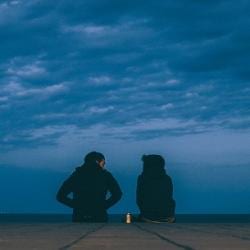 Jerry Root Offers Up the Worst Evangelism Advice I've Seen Lately
Cassidy McGillicuddy
Get Patheos Newsletters
Get the latest from Patheos by signing up for our newsletters. Try our 3 most popular, or select from our huge collection of unique and thought-provoking newsletters.
From time to time you will also receive Special Offers from our partners that help us make this content free for you. You can opt out of these offers at any time.
see our full list of newsletters
Editor's picks See all columnists