Satan: Whose Father Is He?

After the discourse in 8:1-30, John says that "many believed" in Jesus, who tells them, "if you abide in my word, you are truly my disciples, and you will know the truth, and the truth will set you free" (8:31-32). This is one of the most famous passages from John, and has been quoted innumerable times, though often out of context.

In Judaism, many believed that the study of the Law made you free (Mishnah, Aboth, 3.5, 6.2). In this context Jesus' teachings could be understood as the new Law that truly makes free. But the real reference here is that freedom comes from belief that Jesus is the Messiah. In John, it isn't enough for someone to merely believe that Jesus is the Messiah; rather, to be his disciple they must "abide" (Greek, menō = "remain, stay, persist, continue") in the words of Jesus (cf. 13:55, 14:15, 15:10).

I will explore the full meaning of discipleship of Jesus when it is discussed in greater detail later in John. John is here establishing an important distinction between belief/faith/trust (pistis) and knowledge (gnōsis). Knowledge of God is a central theme in John that he develops later (especially in chapters 14-17). Here I will only outline the concept of knowledge as it appears in chapter 8.

Those who believe (pisteuō) in Jesus must abide/remain (menō) in his word (8:31) in order to know (ginōskō) that Jesus is the Messiah. Likewise, Jesus knows the Father, and therefore keeps his word (8:55). Once again, Jesus' relationship to the Father is presented as the ideal, which the disciples must emulate in their relationship to Jesus.

Jesus' basic point is that if you abide in his word—believe he is the Messiah and live his teachings—you will know that he is the Messiah and Son of God, and this knowledge will set you free from bondage to sin (8:34, 1:29) and Satan (8:44). Paradoxically, Jesus said this to the Jewish religious elites who were renowned as the most meticulous and fastidious keepers of the commandments of the Torah. The irony would not have been lost to the crowd listening to Jesus at the temple. As is usual in John, the Jews—that is, the elite Jewish critics of Jesus—misunderstand by taking Jesus' teachings in a material rather than spiritual sense. With no little irony, they object that they are the descendants of Abraham and have never been enslaved (8:33), conveniently ignoring the unpleasant fact that first-century Judea was, for all practical purposes, a province of the Roman empire. This misunderstanding launches a debate over the ancestry of the Jews, and their true Father.

In many ways Jesus and the Jews are talking past each other in this discussion. There are two fundamental issues in dispute here. First, followers of Jesus and other Jews had differing messianic expectations. Many first-century Jews sought a militant messiah, so vividly described in the War Scroll from the Dead Sea Scrolls. This expectation was that the Messiah would drive out the Romans and reestablish the glories of the Davidic and Solomonic kingdoms in a prosperous, just, holy, and independent Jewish kingdom. Thus, when Jesus says he will set the Jews "free," many first century listeners would have understood this from the perspective of militant messianic expectations.

The second misunderstanding occurs when Jesus discusses Jewish ancestry. Jesus is talking about spiritual affiliation shown by "works" (8:38-41), whereas the Jews initially understand him in terms of natal ancestry from Abraham (8:33). When the Jews insist that "Abraham is our father" (8:33, 39), Jesus does not dispute the claim. Rather, he simply maintains that it is possible to be a physical descendant of Abraham but a spiritual son of Satan.

If you were Abraham's children, you would be doing the works Abraham did, but now you seek to kill me, a man who has told you the truth that I heard from God. This is not what Abraham did (8:39-40).

The allusion here is probably to Genesis 18 when YHWH appears before Abraham, and Abraham provides a great feast and receives the blessing of a son. Abraham accepts the word of YHWH and certainly does not try to kill him. Now, however, when God appears as the Messiah to the Jews, they reject his word and blessing and try to kill him. Hence, they are doing exactly the opposite of the deeds of Abraham, and cannot claim to be his sons. 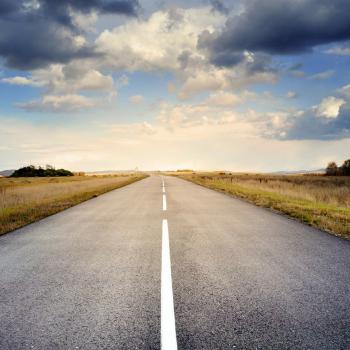 Redeeming the Struggle Through an Extra Mile
Chris Walker
3 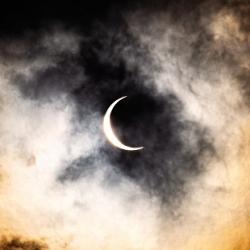