St. Francis, My Father, and Me

When I was 15, my father returned from Umbria, where he'd spent a month with his fifth wife in a rented farmhouse, and presented me with what looked like a wooden "T" on a string. He explained it was the Greek letter tau, and that I should wear it around my neck.

I was indignant. For his own use, my father brought back a suitcase full of Fendi, Armani, and Versace artifacts, plus an ankle-length kidskin duster coat that enhanced his resemblance to Richard Roundtree far less than he imagined. If he couldn't spring for any high-fashion accessory, couldn't he have brought me back Valeria Golino? Some machismo, maybe? No; it was typical of the old man to pamper himself, while expecting me to be happy with a cheap, dopey-looking trinket. My thanks were as wooden as the tau.

My father noted this. Soporifically, as though I were still small enough to be tucked into bed, he began to tell a story.

"Francis of Assisi came back from his army hitch in terrible health," he said. "He started having strange dreams about swords and crosses. The dreams made him give away all his money and all his clothes to the poor. Then he began giving away his father's money. When his father found out, he flew into a rage and dragged Francis into the bishop's court, demanding he return the money he'd taken."

So that was it. My father was still upset over the bottle of peach schnapps I'd nicked the previous winter. Sighing, I let him continue.

"But then, with the bishop and his entire court looking on, Francis told his father, 'I want nothing more to do with you.' And to prove it, he took off the clothes he was wearing and tossed them in his father's face." He stopped, as if to indent for a new paragraph, and looked for my reaction.

"So that's why all those mob guys in Bay Ridge have him in their front yards?" I asked. He laughed, and the tension between us was gone, at least for the moment.

My father was a strenuously non-observant Jew. His heroes tended to be scientists or philosophers; at various times, framed black-and-white photographs of Albert Einstein and Bertrand Russell hung on the walls of his office. Initially, I'm sure, he visited Assisi simply because it was a must-see, like Florence's Uffizi gallery. But something about that one episode in St. Francis' history—the prologue, really, to his life of holiness—captured my father's imagination. Perhaps he caught from it a premonition of the way our own relationship would develop. In any case, I can't picture young Francis renouncing old Pietro without thinking of the two of us—realizing, of course, that my father wasn't nearly so bad as Pietro, nor I nearly so good as Francis.

He was a driven man, my father, although he took many decades to choose a road. Shortly before his fourth divorce, he began practicing as a psychoanalyst, and attacked his work as if in a fury. He began seeing patients at nine in the morning and stopped at ten in the evening. For lunch, he allowed himself an hour.

He was a man who liked solving mysteries, who found romance in the discovery of the Rosetta Stone, in Einstein's development of the theory of relativity. Probing the unconscious satisfied that craving, or rather, it excited the craving without ever quite satisfying it. In dealing with the human mind, there's always more to learn.

His work forced him to confront and contain his ego. At times he was perhaps too successful. My aunt tells a story about how, after completing his very first session, his patient asked him how much he owed. Doubtful he'd done any good, and feeling like a fraud, my father asked for $10. Later, after he'd gained some confidence, another patient described a dream she'd had of a spectacular sunrise. Abruptly, she sprang from his leather recliner, pointed to his painting of Tom Wilson's Ziggy unzipping the sky, and cried, "It's you, Dr. Lindenman! It's your painting!" I must have been 12 when he told me the story; even then, it was obvious he was pleased to occupy such a large place in the woman's head.

That was the time, more or less, when our relationship crested. He was enthused over his new line of work and—for once, it seemed—un-preoccupied with a rocky marriage. He drew on his new profession for parenting skills, listening actively as I poured out my early-adolescent fears and frustrations, offering feedback that helped me see myself in a new and especially positive light. For that brief season, we were as close as any part-time father and his teenaged son could hope to be.

When I was 14, two things happened. First, he met a woman, moved in with her, and got engaged. Second, I entered high school. The future he and I had talked about so hopefully became foreshortened; like Tony Manero's, my future was tonight.

With startling speed, my father changed from a wise and patient counselor into, well, a crabby and demanding father. "Tell me some good news!" he'd bark, only half-kidding whenever I called him. He meant: show me some sign of ambition. A straight B- student with no concept of adulthood or its demands, I couldn't. Nor could he explain them, except by example, and his example was misleading. Whereas I had to stuff my head with dull and arcane subjects like chemistry and geometry, he earned $150 for holding a 50-minute conversation. The dice were cogged. 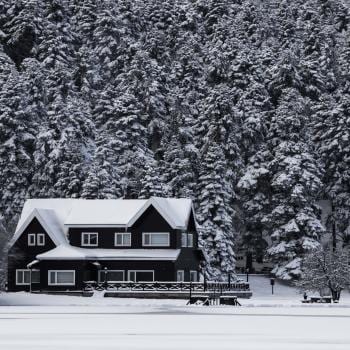 Is Trump Making America Great Again?
Kermit Zarley
Get Patheos Newsletters
Get the latest from Patheos by signing up for our newsletters. Try our 3 most popular, or select from our huge collection of unique and thought-provoking newsletters.
From time to time you will also receive Special Offers from our partners that help us make this content free for you. You can opt out of these offers at any time.
see our full list of newsletters
Editor's picks See all columnists