One thing have I desired of the LORD, that will I seek; that I may dwell in the house of the LORD all the days of my life—Psalm 27:4

The entertainment industry lost one of its most beloved faces this past week when Peter Falk finally succumbed to dementia at the age of 83.

Most will remember him best as the unassuming yet relentless Lieutenant Columbo, whose scrupulous attention to detail and keen insights into human nature were carefully hidden under a bumbling, disheveled exterior. Others will fondly recall his hilarious turn in The In-Laws or his small (yet charming) role as the narrating grandfather in The Princess Bride. And for art-house aficionados, his longtime collaboration with indie pioneer John Cassavetes is an endless source of improvisational brilliance and courageous acting.

For me, however, the single most thought-provoking performance of his long and highlight-laden career will always be "Der Filmstar," from Wim Wenders' ethereal meditation, Wings of Desire (Der Himmel über Berlin).

The film's premise, while theologically problematic, is a fascinating one: Damiel (the incomparable Bruno Ganz) and Cassiel (Otto Sander) are angels whose sole mission is to wander the streets of West Berlin watching over its inhabitants. But these are no ordinary guardian angels: Damiel and Cassiel (indeed, all angels) are forbidden from directly interfering with the lives of the humans they are observing. While their presence can sometimes influence events in an oblique way—in one of the film's more powerful scenes, Damiel brings comfort to a dying motorist by placing an imperceptible hand on his forehead—their role is primarily that of a witness. "Do no more than look," Cassiel reminds his companion. "Assemble, testify, preserve. Remain spirit. Keep your distance."

Setting aside the implausibility of God placing such a restriction on His angelic cohorts, the consequences of the angels' forced inactivity is unsurprising: they grow increasingly passive and despondent. Once vibrant, active spirits, they have been worn down by constant exposure to sufferings and tribulations they cannot avert. Cassiel, happening across a suicidal young man on a skyscraper rooftop, realizes that the tragedy is inevitable. A harsh "Nein," wrenched from the angel's lips as the young man jumps, shows that it is never easy for him to watch men suffer. But his stoic acceptance of the death is a reminder that one can grow accustomed to all things, even the most sorrowful. (Wenders chose to shoot the angel-centric portions of his film in black and white—the perfect visual vocabulary for conveying his protagonists' apathetic yet profound anguish.)

For Damiel, this ever-growing ennui is banished forever by the arrival of Marion, a young circus performer (Solveig Dommartin) whose beauty and skill is matched only by her deep loneliness. Surprised and confused, the angel finds himself intensely drawn to her. He begins to follow her with particular fervor, recognizing in her the unique place mankind has been given in the universe.

As a trapeze artist, Marion hovers between heaven and earth, her every action filled with great beauty and with great danger; to the angel, she is the perfect symbol of our humanity. Damiel cannot help but recognize the power of her emotions, seeing in them the very vibrancy and life that has eluded his kind for generations. Despite Cassiel's cautions, Damiel grows increasingly dissatisfied with his angelic existence, yearning to experience the highs and lows (and the sheer physicality) of human nature.

He tires of a black and white world, but does he really understand what it means to live in color?

Weaving in, out, and around this story and its unlikely protagonists is Falk's "Der Filmstar," a relatively small yet crucial character. His presence is unexplained and he is never even named, yet as the only adult in the city of Berlin who can actually see the angels, his character is essential to Wenders' efforts. Through him, the film is able to meld the angelic and human realms, providing audiences with a common point of reference between the two. It is he who provides Damiel with the guidance and encouragement necessary to face his dilemma.

And it is Der Filmstar's inner dialogue and philosophical musings—improvised almost entirely by Falk himself—that provide the work with its most lucid and endearing moments. Wenders even makes use of his audience's familiarity with Columbo in a number of intriguing ways. His use of the diminutive New Yorker's ubiquitous trench coat is particularly charming, and sure to bring a smile to the face of any Falk fan. 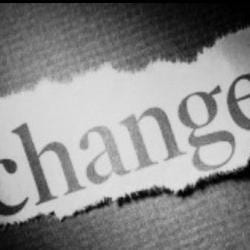 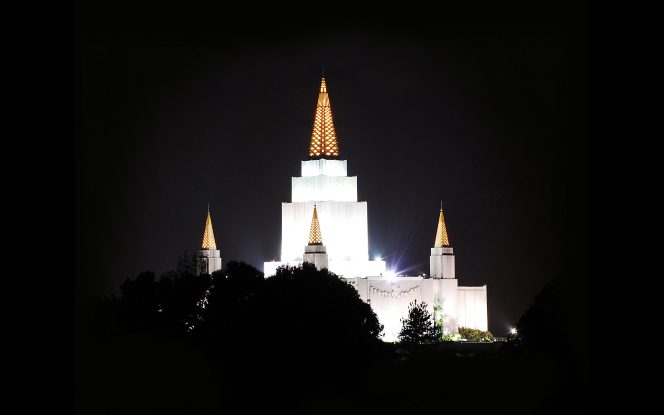 The Saving Power of Atheism
Dan Peterson
Get Patheos Newsletters
Get the latest from Patheos by signing up for our newsletters. Try our 3 most popular, or select from our huge collection of unique and thought-provoking newsletters.
From time to time you will also receive Special Offers from our partners that help us make this content free for you. You can opt out of these offers at any time.
see our full list of newsletters
Editor's picks See all columnists