In my last column, I discussed the theological implications of inborn queerness. In the present column, I'd like to explore the implications of what is often thought to be the opposite view—namely, that queerness is "a choice"—and how it may in fact not only provide a useful alternative, but is also in many ways unavoidable, ultimately for a positive result.

Homophobic religious and (often pseudo-) scientific viewpoints suggest that those who have homoerotic attractions, or who are transgender, have chosen their difficulties for themselves, and thus can likewise choose not to be attracted to people of their own sex or to identify as a gender other than that assigned to them at birth. Since for people of these viewpoints there is no such thing as a homosexual or bisexual sexual orientation, nor is transgender a valid category of human existence, potentially anyone and everyone can "fall victim" to homoerotic tendencies or the notion that one can be another gender. This explains why there is a constant push among such people to discuss the sins and the evils of homoeroticism or gender variance. It would be perfectly possible to discuss the changes through history of the definitions of particular "sins" (like, for example, usury), and thus a shift on this issue could also be theorized as perfectly possible, but I will leave that matter aside for the present, particularly since the theological system in which I work does not have a concept of "sin" as such.

Also worthy of mention here is a viewpoint that can be found in various schools of Buddhism, Hinduism, and other religions that posit reincarnation as a reality. In these religions, being "born this way" as a queer person would be a matter of choice before birth, whether it is through a deliberate choosing of homoeroticism or gender variance on the part of the person's pre-incarnate soul, or whether it comes about as the net result of their actions in an earlier life. Homoeroticism and gender variance would therefore be a matter that could be interpreted in various ways, from being treated like an inborn negative condition (like a chronic disease or birth defect) to being simply another characteristic that gives one's life particular gifts as well as challenges. While this may be somewhat better in terms of the freedom it could allow people who are gender variant or homoerotically inclined, it is still not an ideal situation in which to find oneself theologically.

This is the generally unacknowledged difficulty, in my opinion, of all the viewpoints that suggest that to be queer is to be "born this way." Queerness is not treated as something perfectly valid for anyone or everyone to do, based on their own tendencies and desires and wishes; it is treated as a disease and the people who do it "can't help it." It ends up affirming queerness not by validating it completely, but instead by attempting to excuse it, as if it is something for which one should apologize or need to be given a leeway that others are not.

Let's take a look at how this works in practice. People in late childhood through adulthood who have problems with incontinence are often made fun of and are thought to be immature, and the shame around being "unclean" and unsanitary is read into that incontinent status, unless they have medical conditions that make it unavoidable, whereupon they are excused. The same goes for any number of other physical and mental conditions that in times past would have made it difficult if not impossible for people to function in the everyday world, from blindness and deafness to being mentally challenged to any number of other physical disabilities. While we associate the term "incontinence" today with urinary control issues, at one time it could refer to sexual indiscretions—someone who was homoerotically inclined could be defined as "sexually incontinent," in the same way that those who committed adultery or other matters could also be identified with the same term.

Notice the value judgment in play in both cases in its very terminology, even when it is now a medical condition or symptom. Saying, "There ain't no other way, baby I was born this way" pretty much has the effect of saying that one has a problem. Having fought to get homosexuality removed from the recognized list of psychological disorders several decades back, it now seems as if many advocates of LGBTQ equality want to rely on reasoning for doing so that is similar to arguing for it as if it is a disability.

The saddest thing about this prevailing notion of homoerotic tendencies and gender variance is that this dimension seems to be largely unacknowledged. While disability rights and any number of other civil rights issues are excellent and virtuous matters and should be supported, the adoption of this type of discourse ultimately does not allow everyone the fullest freedom of sexual and gender expression, which I've ultimately understood has been the point of the entire queer liberation movement. 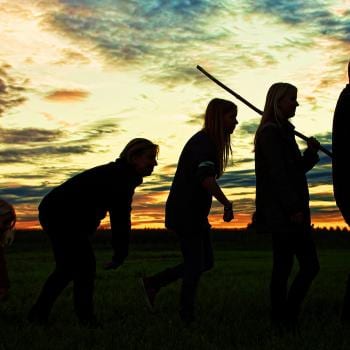 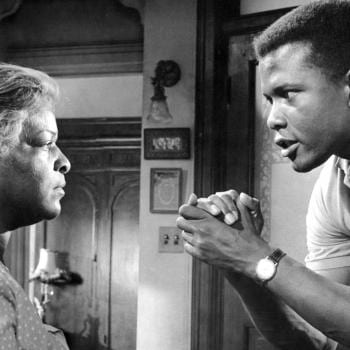