Touched by Christ's Spirit: A Meditation on Pentecost

Introduction
Pentecost, coming in late May or early June, was likely a very beautiful day, without even a stray cloud in the blue sky. The Festival of Weeks, or Pentecost, was a joyous celebration of the spring harvest. Jewish people from all over Israel and many foreign lands came to Jerusalem. Peter and the rest of the disciples were at the Temple bright and early. The day was probably very still, since Jerusalem summers are not windy. The huge crowd at the Temple by 8 or 9 a.m. expected nothing unusual. But . . . suddenly there came a sound from heaven as of a rushing mighty wind, and it filled the entire house where they were sitting! Then divided tongues, as of fire, appeared among them and a tongue rested on each of them. All of them were filled with the Holy Spirit and began to speak in other languages, as the Spirit gave them ability.

Pentecost didn't end when the wind died down and the flames evaporated into the air. It went on. It affected a man like Paul, striking him to the ground on the Road to Damascus and blinding him for three days and nights. It gave a man like Peter courage, converting him from betrayer to preacher. The Spirit inspired women like Phoebe to move from silence to bold speech for Christ. Here are their stories, as I hear them today. What might we learn from these three about the power of the Spirit to transform minds and hearts?

Saul of Tarsus:
From Persecutor to Proclaimer of Good News
Acts 9:1-9
For almost three days and nights, I have been sitting here praying that I might receive my sight again. The light that flashed all around me on my way here took away my sight. The voice that came out of the flashing light said I should wait here and that I would be told what to do. But so far, all I have is questions, suspicions whirling in my head and no answers. My stomach is rumbling with hunger, but I cannot eat. My eyes are heavy with fatigue, but I cannot sleep. My eyes are wide open, but I cannot see. I am so afraid. What's next for me? What kind of future can there be for someone with a past like mine? For these three long days, my prayer has been "How long, oh Lord? How long?"

Though external sight is denied me, I feel my inward vision getting clearer. The problem is I'm not sure I like what I begin to see. Could it really have been you, Risen and alive, on that road? If so, why didn't you strike me dead for all your followers I've destroyed? I think back to my actions leading up to my blinding and I shudder at what the consequences may be from your hand.

There was the stoning of Stephen by the angry crowd. But, I had no part in Stephen's actual death. It is true that I held the coats of those who watched the stone throwing, but that's not the same as actually throwing stones (Acts 8:58-59). Stephen brought about his own death. He told a group of Pharisees that their ancestors rejected the prophets who foretold your coming and that they carried on the family tradition by rejecting you. He told them that you are not dead and buried, but alive. He insisted that your influence is spreading like wildfire throughout our people and congregations. How did he expect us to react?

When you are afraid you may be wrong you redouble your efforts to drown out your self-doubts. As Stephen died, I ran from the edge of town into Jerusalem and began going house to house and wherever I spied a cross or the sign of a fish I dragged the occupants out into the street and down to the prison. Then I started off down the road to Damascus to round up some more.

And it was then that a light flashed and I heard a voice saying "Saul, Saul, why do you persecute me?" I said, "Who are you, Lord?" as if I already knew. Could it be that my worst fears were confirmed? You were alive, and I had set myself against you?

And blindness overtook me. Or perhaps I had been blind for a long time and you are giving me a new opportunity to see. Dear God what kind of future can there possibly be for someone with a past like mine?

Peter:
From Betrayer to Beacon of Hope
Peter, whose name means Rock (in Greek), was not always a Rock. He could not accept that Jesus would have to suffer to fulfill his mission and rebuked him. He fell asleep in the Garden when Jesus had expressly asked him to stay awake and pray for him. He denied him three times the night of his betrayal and trial. Yet it is Peter who is the preacher at Pentecost—Peter afire with faith and zeal. As the Church moved from its Jewish setting into the Gentile world, problems arose. Should Gentile converts have to abide by Jewish ritual law and its rules that only certain foods could be eaten? Should Gentiles, who were unclean in the eyes of orthodox Jews, be admitted to the Church without being circumcised? Peter wasn't sure, but something happened after Pentecost—the Spirit of Christ moved in Peter to broaden his mind and warm his heart. 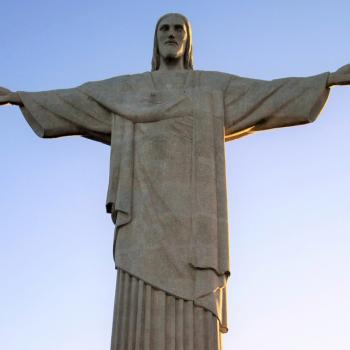 You Shall Go Out With Joy
James McGrath
3 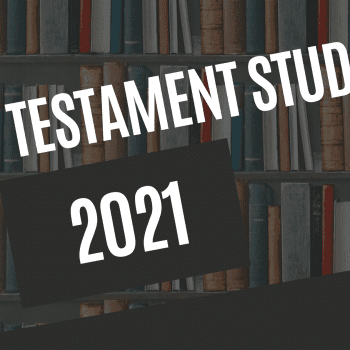 New APOSTATES ANONYMOUS w/Brenda Marie Davies of God is Grey
Matthew Distefano
Get Patheos Newsletters
Get the latest from Patheos by signing up for our newsletters. Try our 3 most popular, or select from our huge collection of unique and thought-provoking newsletters.
From time to time you will also receive Special Offers from our partners that help us make this content free for you. You can opt out of these offers at any time.
see our full list of newsletters
Editor's picks See all columnists