Following revelations of Arnold Schwarzenegger's adultery and Anthony Weiner's sexting comes news that the state of New York will legally recognize the "marriage" of homosexuals. While the legal modification of marriage continues the not-so-gradual removal of nuptial boundaries, heterosexual marriage is likewise undergoing a transformation. Veteran journalist Mark Oppenheimer featured Dan Savage, "America's leading sex-advice columnist" and homosexual activist in a recent New York Times piece that championed adultery. Gaining national prominence for his It Gets Better Project—"an archive of hopeful videos aimed at troubled gay youth"—Savage believes that public discourse about sexuality (and monogamy in particular) is "dishonest."

"Treating monogamy, rather than honesty or joy or humor, as the main indicator of a successful marriage," says Savage, "gives people unrealistic expectations of themselves and their partners." Such "unrealistic expectations" of sexual fidelity seem to be the fuel for many divorces. From his perspective, the promotion of monogamy actually "destroys more families than it saves."

In this Savage bubble, the categories normally employed when describing adultery  (perpetrator and victim) are absent—replaced by his now famous acronym "GGG." Lovers are to be "good, giving, and game." By "game," Savage conveys the idea of flexibility and "up for anything." If one partner cannot fulfill all the sexual desires of the other, "it may be advisable to decide to go outside the bounds of marriage if that is what it takes to make the marriage work." The Savage doctrine heralds adultery as glamorous, adventuresome, and the remedy for the sexually bored, repressed, or frustrated. By Savage standards, adultery could actually be the bridge toward a revitalized and healthier marriage.

Similarly, Pamela Haag's new book, Marriage Confidential: Love in the Post-Romantic Age of Workhouse Wives, Royal Children and Undersexed Spouses & Rebel Couples Who Are Rewriting the Rules, argues that most marriages suffer from a debilitating melancholy that is seldom addressed and often made worse by staying in a marriage that is not filled with never-ending ecstasy and happiness. Correct in her research that "the Bible Belt has the highest divorce rate in the country while Massachusetts has the lowest," she points out that ever-growing numbers of women are opting to divorce "a McHusband" for "no good reason." These "great guys" are those who, by the wife's own testimony, are good fathers, assist with household duties, and provide well for their families.

Haag's research on the rising "open marriage" trend where adultery is viewed as something to be tolerated (even encouraged) is akin to profiles in debauchery. These sordid stories of adultery present a chilling perspective on the reality of adultery and its growing brazenness among the "well-educated, middle-class, or affluent professionals, usually in middle age" who view marriage "as absolutely the primary relationship but not [the] exclusive one."

A growing "infidelity tolerance" has many researchers baffled as to how a public disdain for adultery is resulting in more affairs than ever. One woman who, along with her husband, was involved in an extra-marital affair, confessed, "I don't feel guilty, and neither does he. I finally feel at peace."

Adultery is the enemy of reverence. By its sheer brazenness, adultery creates enormous pastoral challenges for modern churches as more and more Christians find themselves caught in the web of adulterous activity—either as the offending or the innocent party. Absent (omitted?) in much of Savage and Haag's research are the awkward conversations, the cover-up, the lying, the betrayal, the horror of discovery, and the aftermath of ruptured trust that usually accompanies adultery. 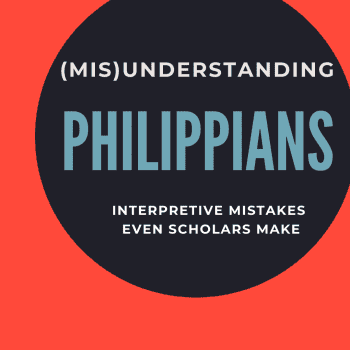 Test Yourself: Sifting Natural from Designed Is Harder than You Might Think
Bob Seidensticker
3 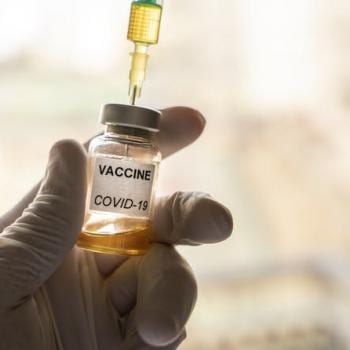 Vaccine mandates vs. religious beliefs -- the legal arguments for the upcoming...
The Conversation
4

CA Appeals Court: John MacArthur's Church Must Follow County's COVID Rules
Hemant Mehta
Get Patheos Newsletters
Get the latest from Patheos by signing up for our newsletters. Try our 3 most popular, or select from our huge collection of unique and thought-provoking newsletters.
From time to time you will also receive Special Offers from our partners that help us make this content free for you. You can opt out of these offers at any time.
see our full list of newsletters
Editor's picks See all columnists