With the possible exception of interpreting the lees or scrying in a wine-bowl, Dionysos does not appear to have had much to do with the art and science of divination. However he was from a very early time recognized as a god of prophecy who communicated his messages through the ecstatic votaries he possessed, men and women alike. Though most of this took place during his wild, orgiastic celebrations, there were also a number of specific locales in Greece and neighboring lands such as Thrake and Makedonia that had long established and well respected oracular sites where pious pilgrims came to gain his wisdom and receive his blessings. One of these possessed not only an oracular priest but a chamber set aside in the temple where the sick could come and be healed through an encounter with the god in their dreams while they slept there overnight.

In another holy precinct the priest consumed wine before speaking the god's oracles, just as the Pythia at Delphi had to drink the pure waters of the Kastalian spring before she could mount the tripod. And in yet another Dionysos made his will known through the flames of his sacrificial altar. This oracular center was especially important in determining political matters and was visited by the Makedonian kings as well as several Roman emperors. And of course, Dionysos was granted an equal share at Delphi since his mortal remains were interred there, though he ruled during the winter months when the Pythia was inactive.

Each month on the thirteenth of the lunar calendar I do direct trance-possession oracles with Dionysos on behalf of the community. The rest of the time I offer my services as a trained mantis or diviner, including on the weekends when I set up a table and little shrine downtown and do readings for anyone who wants them. I am proficient in Tarot, a variety of ancient Greek forms of divination and a system I devised several years back for use with Dionysos.

I've been doing divination since my early high school days but eventually came to see it as part of my spiritual vocation as a priest of Dionysos. Though I got good results with him using the other methods, I wanted something especially associated with him, something that spoke his language. So with the assistance of Dionysos I spent about a year creating this new system, which exclusively utilized his myths, symbols, and associations. It worked far better than I could have hoped, and so I began offering monthly sessions with it. About the third or fourth time I did it, however, Dionysos began teaching me the spiritual techniques that make the direct trance-possession oracles possible and I've been doing those exclusively in the monthly sessions ever since.

The system was too neat and effective to keep to myself, so I wrote up an explanation of the symbolism and how to use it and included that in Ecstatic for anyone who wanted to try it. Dionysos is very much involved in all of my spiritual work, including the regular divination, though that also falls under the auspices of my other gods and spirits, especially Hermes and Spider. Only Dionysos is consulted during the monthly oracular sessions, though he will often pass on messages from others, including members of pantheons I've never worked with before.

What further resources would you suggest for someone wanting to learn more about Hellenismos or Dionysos?

I actually included a comprehensive list of recommended books, forums, websites, and related material in Ecstatic to help folks get started on their walk with Dionysos, but I could easily have simplified that down to two titles: Dionysus: Myth and Cult by Walter Otto and Dionysos: Archetypal Image of Indestructible Life by Carl Kerényi. Together these two volumes provide an exhaustive introduction to his myths and history and offer profound insights into his nature and mysteries. I go through and reread these things about once a year, every year, and somehow I still manage to discover new things in them. Really, they're like my Bible and I can't recommend them highly enough!

For a general introduction to Hellenismos there are, again, only two books that I'd consider recommending. First Walter Burkert's seminal study of ancient Greek religion called, surprisingly enough, Greek Religion. People complain that it's dense, dry, and overly academic, but I laugh in their faces. Try some of the stuff written in the 19th century or better yet the articles in the professional scholarly journals and then come talk to me! Seriously, though, it's a really solid overview that is great for turning to when you need to verify something quickly. 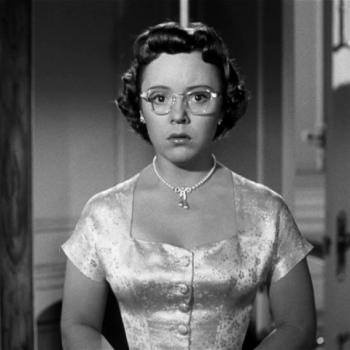 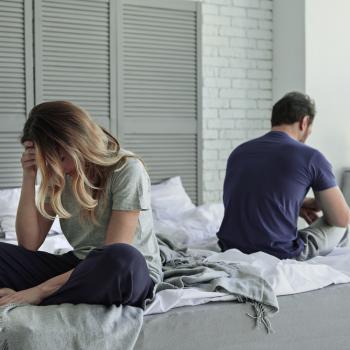 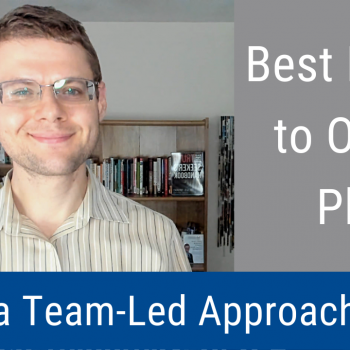 The New Testament in Its World Video Lectures
Frank Viola

Galina Krasskova
The author of several books on the Northern Tradition, Galina Krasskova is a Heathen priest, shaman, and devotee of Odin. She blogs at Gangleri's Grove.
Get Patheos Newsletters
Get the latest from Patheos by signing up for our newsletters. Try our 3 most popular, or select from our huge collection of unique and thought-provoking newsletters.
From time to time you will also receive Special Offers from our partners that help us make this content free for you. You can opt out of these offers at any time.
see our full list of newsletters