Sharia Is Not What You Think It Is 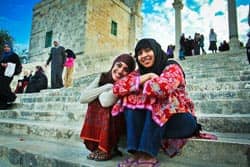 You've seen the government-required signs in restaurant restrooms telling employees to wash their hands. Muslims wash up as a part of living their faith, which is called "sharia" in Arabic. The Prophet Muhammad also encouraged Muslims to wash their hands before and after eating. Muslim parents raise their children on many such manners. The first chapter in almost all books on sharia is about morals and manners of cleanliness, which Prophet Muhammad said is half of the faith. God's peace and blessings be upon him.

When Muslims begin anything, they say, "In the name of God." That is sharia. When they greet each other, they smile and say, "Assalamu Alaikum" (peace be with you), and that is sharia. Similarly, when Muslims take short breaks five times a day to pray, this is another example of practicing sharia.

Sharia does not present a comprehensive list of pure foods and drinks, although it prohibits ten or twelve things and declares everything else to be "halal," or lawful to consume. If Muslims cannot find halal food, they often eat vegetarian or kosher food. This is all sharia.

When you see a Muslim woman wearing a headscarf and a loose dress, or a Muslim man with a head covering or beard, they are likely following sharia manners of dress. When in a marriage sermon you hear Qur'an passages on piety, loyalty, and God's advice for clear communication between spouses, that is a sharia wedding.

Muslims often avoid taking out mortgages due to the sharia prohibition on "riba" (usury/interest). This has led to the establishment of the worldwide Islamic financial industry and Dow Jones Islamic Market Indexes. The latter selects companies that don't deal in weapons, pornography, gambling, tobacco, alcohol, and so on. These investments are similar to 30 other "faith-based" investment options, like the Catholic Values Index, and are examples of the practice of sharia in business.

Here we have the totality of sharia as practiced by the observant among the close to six million Muslims in America and the more than 3,000 formal Muslim congregations in America. Muslim Americans include doctors, entrepreneurs, professors, cab drivers, and the geek fixing your computer. Their service to their communities is also an example of practicing sharia.

Is Sharia a Threat to America?
When some American pundits call sharia a growing threat to the United States, Muslim Americans wonder what in the world are they talking about. Sharia is overwhelmingly concerned with personal religious observance, not with constitutions and laws. All observant Muslims practice sharia, so to call sharia a threat is to say that all observant Muslims are a threat.

Unfortunately, three states have passed anti-sharia laws, and 18 others are actively considering bills against sharia. Some politicians are looking to pass a federal law against sharia. Anti-sharia bills are a part of a well-funded campaign of fear mongering and intolerance, not unlike previous campaigns in America against Catholics and Jews. But criminalizing sharia will criminalize the practice of Islam in America.

Sharia mandates that Muslims respect the law of the land. It is also against sharia to impose sharia on anyone. Muslim Americans are subject to the same laws and constitution as any other American.

Sharia is in some ways similar to the Jewish Halacha law or Catholic canon law, with similar historic roots but far less complex. Unlike Jewish Halacha law, which is practiced in Jewish American courts called Beth Din, there is no Muslim court system in the United States, nor is the Muslim community demanding one.

Since Muslims ran a civilization for over a thousand years, they naturally developed a body of laws to deal with governing society. These laws deal with issues ranging from fighting neighborhood crime to international laws of war and peace. Muslim Americans don't practice these laws since they deal with the realm of government and state. Sharia emphasizes that the rule of law in a society must be implemented by the state. It considers vigilantism a major crime and a sin. Therefore, sharia prohibits Muslims from practicing this part of Islam on an individual basis.

Like the Torah (Genesis, Exodus, Numbers, Leviticus and Deuteronomy), the Qur'an ordains punishments for serious crimes. Unfortunately, it is this penal law that many people wrongly think is exclusively sharia.

It is true that Islamic criminal law has been at times implemented harshly, and even wrongly, by some Muslims. Such an application of Islamic criminal law is void of God's mercy, which Islam considers His primary attribute. However, those nations or groups that do this do not speak for all Muslims, nor do they speak for the prophet of mercy, Prophet Muhammad, who would turn his face away when a person confessed his or her crimes in order to give them room for repentance and forgiveness.