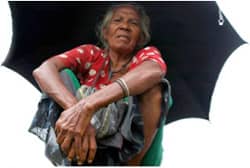 Swaminathan Venkataraman serves on the board of the Hindu American Foundation, which recently released a long-term study of caste-based discrimination in India. The report argues that so far from being a Hindu concept, caste discrimination is actually in direct conflict with Hindusim. Swami Venkataraman answered some questions about the scope of the report, the ongoing problem of caste-based discrimination, and resources within Hinduism for widespread social repair.

Many people are unfamiliar with caste and caste-based discrimination. What is caste, and how is it used in the Hindu world today?

Social stratification has been a reality in all societies throughout history. There have been a variety of factors which have determined one's placement within these often hierarchical divisions, including economic status, political power, and religious identity, but also birth-based hierarchies such as tribes/clans, race, ethnicity etc. Caste is the Indian system.

The word "caste" itself is of Portuguese origin and has no exact Indian equivalent. What exists is the dual concept of varna and jāti. The closest English term for varna is likely "class," but it is not a measure of material wealth, and was originally conceived as a metaphysical framework detailing four distinctive qualities which are manifest, to varying degrees, in all individuals—the scholar (brahmin), the king/administrator (kshatriya), the businessman (vaishya) and the professional/labourer (shudra). Jāti refers to the occupation-based, endogamous social units with which people are actually identified, and is closer in meaning to "caste."

The Vedas(Hinduism's central scriptures) occasionally mention varna in a ritual context, but almost never mention jātis. When popular media refers to caste, they use the four varna names. This isn't entirely incorrect in today's context, but varna was originally not birth-based and individuals and even entire jātis changed varnas in ancient India. Caste-based discrimination arose after society over the centuries ossified jātis and their affiliated varnas into a birth-based feature rather than one of aptitude. Still, this hierarchy was only sacerdotal, with political power and wealth notably not residing with the "highest" brahmin varna.

Over 2000 years after the composition of the Vedas, some jātis, now known as "untouchables," were condemned to a fifth category outside the four-fold varna structure. This was ostensibly because they performed tasks seen to be ritually impure, physically defiling, or involving violence, such as preparing and eating animal products. Many theories exist about who the untouchables are, and how they came to be regarded as such, but it is crucial to note that no Hindu text ever mentions this fifth category. In other words, "untouchability" is a purely social evil that has no sanction in the Hindu scriptural tradition.

Today, jāti and varna remain birth-based monikers, but any association these had with occupation has eroded with the advent of the modern education system. While discrimination still exists, it is complicated by economics and politics, and religion is not a prime driver. Democracy, access to education and government policies have produced a sea change in caste dynamics in India.

A lot of Westerners think of India as a place that is undergoing swift modernization and democratization. How can the caste system persist in such an environment?

The great irony of Indian politics is that its modern, secular, parliamentary democracy enhances, rather than diminishes, the importance of caste identity and affiliation. A central theme of modern Indian politics is the rise of the "lower" castes, including "untouchables," through a process of asserting their own interests and capturing political power by exploiting the numerical strength of their caste.

It is almost impossible to overstate the importance of caste identity politics while discussing caste in modern India, fueled as it is by the extensive system of state patronage implied by the Government of India's (GoI) policies of reserving a share of seats in educational institutions, legislatures, as well as government jobs, to erstwhile "backward" castes. This has lead to the bizarre situation where castes compete with one another in declaring themselves "more backward" than the other, and of politics conducted on the basis of the caste composition of the electorate.