Recent media reports have described a putative covert plot amongst Christian Reconstructionists to win "dominion" over the American government. The movement allegedly desires a retrograde theocratic system in which the same laws that the Old Testament assigns to ancient Israel would apply today in New York, San Francisco, and everywhere in between.

Presidential candidates Rick Perry and Michele Bachmann are alleged to be on the leading edge of this movement, and bloggers and columnists suggest in breathless tones that they would, should either of them win the presidency, use the Bible as their policy guide for governance. Perry and Bachmann, it's suggested, are figureheads for the Reconstructionist movement, supported and therefore manipulated by a secretive evangelical pseudo-intelligentsia. The late R. J. Rushdoony and Francis Schaeffer are construed as the co-creators of this radical strand of evangelical theology that will stop at nothing until Christians "rule" or "exercise dominion" over the power centers of government and culture.

It makes for a marvelous story. Perhaps they should speak with Dan Brown about a novel. As long as it appears on the fantasy shelf.

Since these reports are so thin in their research and so rich in hyperbole, it's helpful to step back and look more carefully at Rushdoony and Schaeffer. Among the many questions Rousas John Rushdoony (1916-2001) addressed in his writings, one was the extent to which the Old Testament legal framework might remain normative or ideal for modern nations. His attempt to link seamlessly the Old and New Testaments of the Bible to the modern practices of statecraft required an elaborate doctrinal apparatus that often produced a disjointed vision of what he believed government should be and do. Yet he believed the Old Testament laws—not merely the Decalogue (the Ten Commandments) but the ceremonial laws of the Hebrew nation—should remain the blueprint for modern governments.

Rushdoony's The Institutes of Biblical Law (1973) is regarded by serious theologians as something less than a full-fledged public theology and has been the subject of rigorous critique in leading theological journals. Writing in the Winter 1976 edition of the Westminster Theological Journal, theologian John Frame concluded that Rushdoony had been "so preoccupied with the question of the authority of the law that he has missed some very weighty elements of biblical teaching, and that has distorted both the content and the style of his own Institutes."

Rushdoony's system might best be described as a convoluted understanding of John Calvin's view of the Mosaic Code as regulative for modern nations; he failed to explain or fully appreciate Calvin's own aversion to any notion that governments should be modeled exactly on the Old Testament Hebrew nation. Calvin (1509-1564), whose Institutes of the Christian Religion (1536) did so much to advance the theological trajectory of the Protestant Reformation, carefully thought through the implications of the Ten Commandments as well as the ceremonial laws of Israel and criticized those "who deny that any commonwealth is rightly framed which neglects the law of Moses, and is ruled by the common law of nations." Lest there be any doubt as to Calvin's own conclusion on the matter of theocracy, he stated, "How perilous and seditious these views are, let others see: for me it is enough to demonstrate that they are stupid and false."

It would seem prudent, therefore, when Michelle Goldberg identifies Rushdoony as a "Calvinist theologian," to examine the ideas forged by Calvin apart from Rushdoony as to their accuracy and validity from primary sources. Drawing inferences and attempts to define a "milieu" that spawns modern political candidates without carefully examining the entire bibliographic record would easily earn someone poor marks in any serious academic setting. Yet, Goldberg writes that the very idea of Christian Reconstruction (or the neologism, Dominionism) "is more a political phenomenon than a theological one." Actually, no. It is a theological aberration that has little support as a normative hermeneutic for serious students of Holy Scripture regardless of how political opportunists (conservative or liberal) might exploit the idea.

Francis Schaeffer—a favorite target of both Goldberg and Ryan Lizza—advanced a cultural ethic based on the Christian idea of evangelism where disciples of Jesus Christ worked to mitigate poverty and change the culture through acts of service, and, when possible, through the improvement of public policy. While Schaeffer's book, How Should We Then Live?, has caused particular consternation for those seeking the impetus for political engagement by Christians, the ideas that Schaeffer put forward were nothing but applications of key biblical texts that encouraged Christians to prepare themselves intellectually to affect every arena of life. To posit that Schaeffer "helped disseminate his (Rushdoony's) ideas to a larger evangelical audience," when in point of fact Schaeffer was thoroughly critical of Rushdoony's views on church and state, is disingenuous and proves that neither Goldberg nor Lizza understand their topic.

LIVING IN THIS FLOATING WORLD: A Meditation on the Zen Koan, "Zhaozhou's Bowl"
James Ford
2 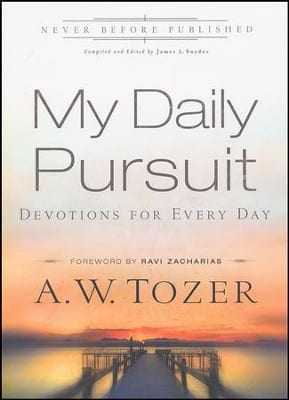