Earlier this year, one of my favorite students in a creative writing class told me that she thought she could empathize with any kind of character: an abusive father, a drug addict, a serial killer. Then this student paused for a moment, reflected, and said, "Except a Muslim. I don't think I could identify with a Muslim, because they represent everything I hate. Our experiences are completely alien to each other."

I was shocked. This was not an angry student, a stupid student, or an uncompassionate student. This student was a conservative Christian, as are many students in Texas colleges and universities; perhaps that explains something but not everything.

"Do you know any Muslims?" I asked gently, when I found my voice.

My student looked at me as though I had asked about serial killers.

I told one of my good friends about this incident, and my friend was also appalled, although then my friend too paused for a moment before saying, "Maybe your student was upset about the imposition of sharia law."

Again, I sat in silence for a moment.

"I think that threat is a little overblown," I told my friend, who likewise is not angry or stupid or uncompassionate, but is in fact one of the smartest and most humane people I know, a loving parent, a Christian.

And also, I would venture to say, someone who doesn't know a single Muslim.

And although I know a few, and am dear friends with one, my British publicist, I realized that one of my formal tasks for this coming year had to be learning more about Islam. Because, truth to tell, I am also ignorant about this faith tradition, and I cannot speak responsibly and from an informed position about it until I do.

Because we don't know much about Islam except through its most fanatical—and often heretical—followers, many Americans now regard Islam as our new World Enemy. TIME reported last fall, in a cover story on Islamophobia, the comments of speakers in a public debate before a planning commission in Wisconsin considering a permit for a new mosque:

Islam is a religion of hate, they say. Muslims are out to wipe out Christianity. There are 20 jihadi training camps hidden across rural America, busy even now producing the next wave of terrorists. Muslims murder their children. Christian kids have enough problems with drugs, alcohol and pornography and should not have to worry about Islam too. "I don't want it in my backyard," says one. Another says, "I just think it's not America."

Just as Nazis and Japanese militarists in the '40s were the fanged monsters we could reasonably hate, and Communists in the '50s, '60s, and '70s, Islam has become the 'Them' by which many of us define our 'Us.' We imagine that Muslims are unlike us, as my student did, or that here in America and across Western Civilization they are promoting an extremist agenda, as my friend did.

And yet the truth is that Muslim Americans love America, and are here not to spread their faith or impose Sharia (as though that would be an easy task, or Sharia a codified system of laws), but for the reasons people have always come to America: to live with dignity, to worship freely, to pursue their dreams. A recent poll of American religious groups shows that despite ten years of fear of and discrimination against them after 9/11, 93 percent of Muslim Americans describe themselves as loyal to America and hopeful about its future. Pollster Dalia Mogahed summarizes the results of the poll thusly: "[Muslim Americans] embrace American values and democratic principles, but aren't sure if the rest of America embraces them."

Muslim Americans work in American communities, they pay American taxes, they buy in American stores, and they die in American wars. Many of you will remember Colin Powell's mention of a young Muslim soldier, Kareem Rashad Sultan Khan, who felt it was his duty to fight for America after 9/11, or the haunting image in The New Yorker of Kareem's mother mourning next to his crescent-topped gravestone. There are Islamic patriots who believe in the American dream as much as any American Christian, Jew, or Pagan. 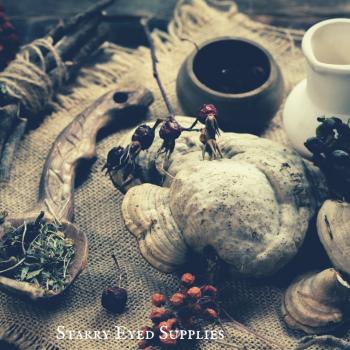 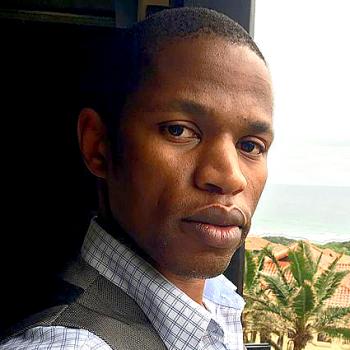 Summer Endings In a Witches Wood
Raven Wood
Get Patheos Newsletters
Get the latest from Patheos by signing up for our newsletters. Try our 3 most popular, or select from our huge collection of unique and thought-provoking newsletters.
From time to time you will also receive Special Offers from our partners that help us make this content free for you. You can opt out of these offers at any time.
see our full list of newsletters
Editor's picks See all columnists