So it was with a growing sense of dread that I approached the plant itself. No...herself,because the sense of sentience and presence, of spirit, that I got as I approached was very definitely female. She was immense, proud, and (as my photographer friend later clarified) fierce. That, more than any other word, defined the spirit of the place: she was fierce. As I wandered around, taking a few shots of my own here and there, I rapidly began to become overwhelmed by sensory impressions from the steel mill and the surrounding land. I became overwhelmed by the wash of human desperation, misery, and yes pride, tremendous well-earned pride that permeated the place. That building, Bethlehem Steel remembers every drop of sweat, every ounce of despair, every measure of hard work and hope that those who filed daily into her metallic body brought with them; and she very much recalls her place as queen of the American steel industry.

I hadn't been expecting that. Until I set foot on that land, Bethlehem steel was nothing more than a name to me. I had never, ever considered the wealth of human experience that hid behind that name. I got a glimpse of the deep reciprocity of pride and experience that can exist between a place and those that inhabit it. I'd expected at best to find the land spirits ill and possibly polluted. Instead, I encountered the spirit of an industrial building very much aware of her importance to the history of that place and to the ways in which she had contributed to its inhabitants' survival and renown. That experience and that building were both deeply rooted in the memory of the land and its people in a way that I had never really encountered before. While Bethlehem Steel no longer sustains that place, at one time she did and that is a piece of history that can never, ever be undone or, by those who live in her shadow, forgotten.

I wasn't really able to get an accurate read on the land vaettir, as the presence of the mill was simply too overwhelming. I actually became quite ill at one point and on the way out, I surreptitiously laid down offerings. I don't really think it was enough, but it was what I was able to do at the time, having been taken up so unexpectedly. If I ever go there again, I shall be sure to come prepared to properly engage with both the Steel Mill and the land that holds it. At any rate, as we left Bethlehem and headed toward Gettysburg, I had my first inkling that this trip was not going to be as easy as I had thought and that it might well involve as much negotiating and engagement with spirits of the land and of particular places as it did with spirits of the battlefield dead.

Note: Over the next few weeks, interspersed amongst other articles and interviews, I shall continue recounting my July journeys and what I learned about honoring the military dead. 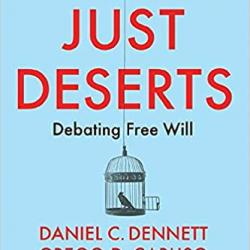 Free Will: Just Deserts
Jonathan MS Pearce
Get Patheos Newsletters
Get the latest from Patheos by signing up for our newsletters. Try our 3 most popular, or select from our huge collection of unique and thought-provoking newsletters.
From time to time you will also receive Special Offers from our partners that help us make this content free for you. You can opt out of these offers at any time.
see our full list of newsletters
Editor's picks See all columnists