Is the Government God's Handmaiden?

There appears to be little memory of such things today. The political climate now sees a prolonged lethargy in public theology—one that has rendered the church in many ways irrelevant in the discussions of fundamentally theological matters such as public welfare, economic responsibility, and the education of children. The incontrovertible failures of many religiously supported public policies have hurt those they were originally designed to help and at the same time marginalized the church's prophetic voice. Ultimately, this led to wrongly defining the kingdom of God in political terms, even though the Founder of that kingdom boldly stated that his kingdom was not of this world.

Evangelicals are often accused of deploying war-room theologies in the service of navigating the ship of state toward religious extremism. To reverse that perception, Christian churches should be able to offer answers on issues such as abortion, gay "marriage," stem cell research, government entitlement programs, and economic theory. Moreover, they must be a people who labor to read Holy Scripture well and mobilize their churches to be commissioned agents of the biblical ethic.

Social policy is never advanced apart from politics. Yet, when churches and other para-church agencies battle only in the arena of the political, the theological domain has already been conceded to the enemies of the Christian gospel. The great task remains both as opportunity and obligation for the Christian church. Will she commit to the hard work of thinking biblically and speaking carefully to a culture of decadence or will she succumb to the spirit of the age and only involve herself, like her unredeemed counterparts, in the machinations of political theater? Washington awaits the answer. 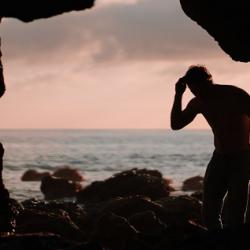 Responding to “DNA is a Program, and Programs Demand a Programmer”
Bob Seidensticker
Get Patheos Newsletters
Get the latest from Patheos by signing up for our newsletters. Try our 3 most popular, or select from our huge collection of unique and thought-provoking newsletters.
From time to time you will also receive Special Offers from our partners that help us make this content free for you. You can opt out of these offers at any time.
see our full list of newsletters
Editor's picks See all columnists