Holy Hide and Seek: A Kabbalistic Approach to Tisha B'Av

Author's Note: Rabbi Eli will be lecturing in the New York and Toronto areas in the coming weeks. To book a presentation or consultation, contact rey@lightuntoournation.com.

In the previous article, we left off with a conceptual question about the senses of seeing and hearing. We stated that, as opposed to seeing, which is an instant, a first impression, hearing what a person has to say takes longer. To hear what a person has to say you have to sit through every syllable and use your brain to put them all together until the end when message becomes clear. It's only at that point that you understand the intentions of the original syllables as it relates to the message as a whole. Therefore, the concept of hearing is to receive the message in its essence, and it is only through the whole of the message that we can understand the true intent of each detail.

This led us to a question: Once you have the whole message why study the details? If it is the message you have been after and you have just grasped it, is there a point to the individual syllable on its own? Now that you have the deeper meaning and purpose, what could be the use of the seemingly trivial outer enclothment?

However, while the legitimacy of this question can lead to an interesting debate, when the message that is being communicated is coming from God, this question goes out the window. If the Infinite God has a story to tell, and He chooses a particular detail by which to get His message across, there is a reason why He is choosing that specific path to get His message across as opposed to all other possible paths. When it comes to the Infinite God, there is never anything random or trivial; everything is perfect and exact.

The same principle applies to the Author of all authors, God. Each time period in the Jewish calendar is its own introduction to God's constantly unraveling story of humanity's journey toward God-consciousness. Each phase has its own focus, its own particular path to be traveled in order to reach that timeless universal destination of God-consciousness and awareness.

Holy Hide and Seek
The Tisha b'Av experience (i.e., the day that the Jews mourn the calamities that have befallen them throughout the ages, in particular their two Temples, which were both destroyed on that date approximately 500 years apart) is an episode in which the ability to see God on the surface has diminished. God has "hidden His face" from us, enclothed Himself in a difficult cover.

The concept of face hiding is that it is by one's face that one is identifiable. You'll notice that when the police sketch someone on their Wanted List, it is the face they are sketching, not any other body part. This is because if you were to see someone from the neck down, unless that individual has an extraordinarily unique physical trait or you are especially close with him, you will not be able to decipher who that person is, whereas if you were to see him from the neck up, the identity would be clear and obvious.

The face is the part of us that captures our individuality. In a sense it is what gives us our personal identity. It is the face by which each of us is recognized.

Hiding implies that the object or individual that is hidden is not there at all. One is only inclined to search for that which is hidden once he has the knowledge that it is there just beyond the horizon.

When God is hidden from sight, in order to hear the full story, we must first shut our eyes to the initial appearance of godlessness and destruction. In a sense, we must assume a put-up job and conduct a deeper search into the true essence of what is really going on—the unfolding of the road toward knowing God. Once we have truly heard this ultimate purpose, we can return to that initial enclothment of destruction and ask, "If the end-goal is achieving God-awareness, what can I learn from the outer appearance God is portraying? What route is God expressing to me to take at this moment in my journey toward God-consciousness?" 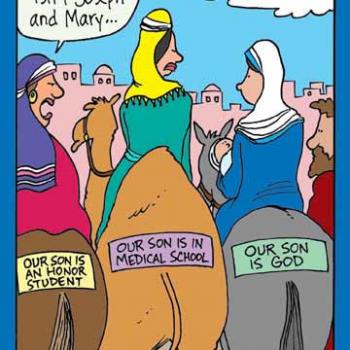 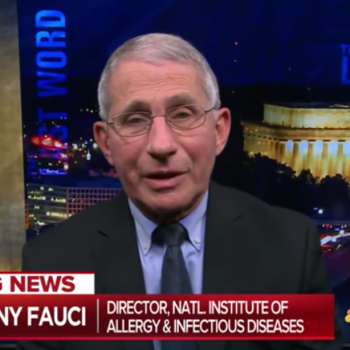 What Were We Thinking? A Brief Intellectual History of Christianity in the...
Chris Gehrz
Get Patheos Newsletters
Get the latest from Patheos by signing up for our newsletters. Try our 3 most popular, or select from our huge collection of unique and thought-provoking newsletters.
From time to time you will also receive Special Offers from our partners that help us make this content free for you. You can opt out of these offers at any time.
see our full list of newsletters
Editor's picks See all columnists