This week's portion, Va'etchanan, contain's Judaism's fighting words—the Sh'ma. In Braveheart, Mel Gibson plays the Scottish freedom fighter who shouts "Freedom" at his execution at the hands of the British occupiers. Similarly, Rabbi Akiva, a Jewish freedom fighter from the early part of Common Era, shouts the first line from the Sh'ma at his execution by the Roman occupiers:

According to the Talmud, the origins of this credo go back much further then Deuteronomy or Rabbi Akiva to Jacob, the grandson of Abraham and the father of twelve sons, who became the twelve tribes of Israel. Jacob's sons were the first to utter the Sh'ma, speaking to their father (who is named "Israel" by God), in affirmation of their monotheist faith (Babylonian Talmud, Pesachim 56a). But, it is in the Va'etchanan portion, where the Sh'ma appears for the first and only time in the Torah's text.

Hear, O Israel, the Lord is our God, the Lord is One. You shall love the Lord your God with all your heart, with all your soul and with all your might. And these words which I command you today shall be on your heart. You shall teach them thoroughly to your children, and you shall speak of them when you sit in your house and when you walk on the road, when you lie down and when you rise up. You shall bind them as a sign your arm, and they shall be for a reminder between your eyes. And you shall write them upon the doorposts of your house and upon your gate. (Deuteronomy 6: 4-9)

Here, the Israelites are instructed in great detail how to make the Sh'ma an integral part of their consciousness, and therefore part of the future Jewish consciousness. This set of instructions turned out to be rather successful, given the supremacy of this prayer in the Jewish canon. Deuteronomy provides a roadmap for forcing an idea into cultural memory: teach it to all the children; say it all the time—at least in the morning and before bed; write the words on objects you will encounter daily, such as your doorposts (mezuzah) and devotional items used daily (tefillin).

Yet, the translation of these words, so centrally placed in Jew life, is uncertain. The Sh'ma is commonly understood as an ode to unabashed monotheism: Listen Israel, Our God is the only God. In part because there are no helping verbs, such as "is," in the Hebrew language, another translation is possible: Listen Israel, Lord our God, is our only God. Both translations are true to the original Hebrew. However, the two translations leave a completely different aftertaste. Are the fighting words of Judaism in support of universal monotheism or do they make a more specific point regarding the divinely required monogamy of the God-Jew relationship?

The universalist translation, which is also the commonly accepted translation, calls for the denouncing of the experiences and traditions of those for whom the Divine presence may not be "one." The second translation allows the Sh'ma to be about the particular experiences of a group of people. This God is our God and we will have no other Gods; but, for you, we cannot really say how many or which Gods you should have.

Particulars, however, make for poor fighting words. Fighting words require a universal message. The ending of Braveheart would have been far less dramatic if Mel Gibson shouted "political autonomy for Scotland" instead of "freedom." Surely, when Rabbi Akiva was shouting his fighting words, he too was relying on their universal meaning. Then, at least since the time of Rabbi Akiva's story, the Sh'ma was likely understood as a universal creed (Babylonian Talmud, Berakhot 61b).

Nevertheless, the claim of universal experience silences those who do not share in that experience. When a universal experience is claimed from the place of power, it allows those who control the external reality to also exert control over the most intimate internal truth—the truth of God. Rabbi Akiva's use of the universal Sh'ma is a poignant attempt to reclaim some power from the Roman rulers. There, the Sh'ma is used as a challenge to those who control the external world—it's a claim that, in the internal realm of faith, not only do they not have power, but Rabbi Akiva has power over them: His God is the universal God. However, in regards to professing monotheism, the power distribution has changed. The world is largely onboard with the key message of the Sh'ma (to the tune of about 3.5+ billion people and almost all of western society).

The distribution of power, vis a vis monotheism, alters the ethics of the Sh'ma. I am deeply troubled by the thought of teaching my daughter that her privileged experience growing up in a monotheist tradition, while living in a monotheist world, is also the embodiment of universalist truth. Her God, the only God? What of her polytheist friend? The alternative Sh'ma translation honors the oneness of God in our tradition without the obnoxiousness of denying the most personal and intimate experience of others.

The Heart is a Lonely Hunter and Ministering
Zachary Miller
2 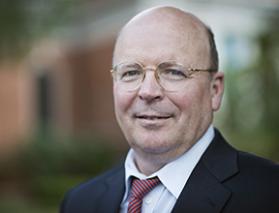 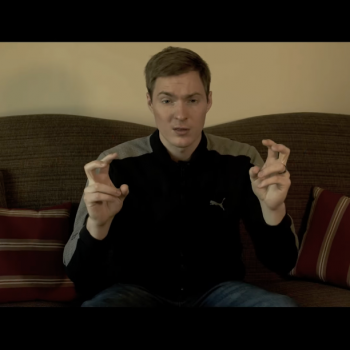 Creationist: Evolution is Racist Because "African Americans" Still Exist
Hemant Mehta
Get Patheos Newsletters
Get the latest from Patheos by signing up for our newsletters. Try our 3 most popular, or select from our huge collection of unique and thought-provoking newsletters.
From time to time you will also receive Special Offers from our partners that help us make this content free for you. You can opt out of these offers at any time.
see our full list of newsletters
Editor's picks See all columnists