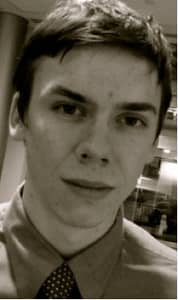 As part of my ongoing exploration of the intersection of LGBT issues and progressive evangelical theology, I engaged in an email interview with Jonathan Dudley, author of Broken Words: The Abuse of Science and Faith in American Politics.

What prompted you to pen Broken Words?

During the course of my journey through an evangelical undergraduate college (Calvin College), seminary (Yale Divinity School), and now medical school (Johns Hopkins), I gradually came to realize that many of the positions that are assumed to be "the Christian positions" in American politics (I focus on abortion, evolution, and homosexuality in my book) are very poorly supported, by science, the Bible, and historic Christianity.

It illustrates the hypocrisy of pro-family advocates portraying themselves as the defenders of traditional morality. In reality, their celebration of marriage as the ideal state for Christians would have been considered heresy for most of Christian history. It also illustrates what drives conservative evangelical politics, which is not defending the Bible but defending social conservatism.

Elaborate on what you meant by your comment on CNN that "opponents of gay marriage aren't defending the Bible's values. They're using the Bible to defend their own."

It's impossible to simply "defend the Bible," as the evangelicals opposed to gay marriage claim to be doing, because how a community construes "the Bible" reflects the beliefs they bring to it. If one wants to defend a particular interpretation of the Bible, one also has to defend the presuppositions on which the interpretation is based. Opponents of gay marriage mask their prior beliefs and values behind their biblical interpretations, and one the best ways to illustrate that is to survey the contradictions and inconsistencies in how they use the Bible, as I tried to do in my op-ed for CNN.

Explain how the debates over creationism and intelligent design inform the evangelical understanding of "homosexuality"?

When it comes to a topic like evolution, one sees an intense awareness in the evangelical community of how prior beliefs, presuppositions, worldviews, and the like shape interpretation. This awareness disappears among evangelicals when it comes to the interpretation of the Bible, a fact that is perhaps most apparent in appeals to the "self-evident" teaching of the text in the case of homosexuality.

How would you respond if you were engaged in a debate with Michele Bachmann who has come out and said gays are part of Satan?

A lot of politicians speak in clichés to connect with voters, all the while realizing that reality is a bit more complex than their campaign slogans make it out to be. What's unique about politicians like Bachmann, and Sarah Palin for that matter, is that they seem to think in clichés as well. I think the only purpose debating someone like Bachmann would be to illustrate to thoughtful observers that her views are prejudiced and intellectually bankrupt.

As someone who grew up in the evangelical community, how do you interpret the recent fracas over Mark Driscoll using the slur "effeminate anatomically male religious leaders"?

Article Continued On Next Page
Page: 1 of 2
8/14/2011 4:00:00 AM
About Kevin Juhasz
Kevin Juhasz is a content manager with a Colorado-based marketing company and the owner of <a href="https://www.thewritecontent.net/about">The Write Content</a>, which provides writing and editing services. He has more than 25 years of writing and editing experience with websites, newspapers, magazines, trade publications and more. Kevin has covered news, sports, entertainment, technology and a wide variety of other subjects.