Asked in 2002 how his faith influences his politics, Rick Perry replied, "I don't think it does, particularly." But at the massive prayer rally he hosted in Houston on Saturday, the sitting governor of Texas prayed, "as a nation, we have forgotten who made us." The deeply political assumptions of the event paraded past all day long, proving that the Perry of 2002 either had a problem with the truth or, like his predecessor in the governor's mansion, has a debilitating incapacity for self-reflection.

Perry and his fellow religious-right candidates for the GOP presidential nomination may genuinely believe their messianic notions are private matters, that they can preach to 30,000 fellow believers about re-installing God as the invisible leader of the nation and still not be seen primarily as prophets of a reactionary political theology. They may be right. Evidence suggests that the mainstream press only comprehends them as kooky, delusional, and perhaps provincial figures, rather than rational actors with ideas fundamentally opposed to liberal democracy. But that is what they are—a reality made all the more tragic by the fact that the contradictions of liberal democracy created them.

The founders of the United States were part of the Enlightenment tradition that, responding in horror to the bloody religious wars of medieval Europe, had conceived of a new kind of politics where divine appeals would be seen as illegitimate. Enlightenment thinkers disagreed on just how darkly to view religion, but most agreed that unreformed religious passions led to violence and tyranny. Their work reoriented thinking about religion toward what men and women can observe directly and demonstrate conclusively. Their materialist vision of the political state echoes in the U.S. Constitution, with its prohibitions against federal establishment of religion.

Despite the consistently religious tone of America's modern politicians, the separation between matters of state and appeals to the divine remains relatively well guarded in American life. But as Mark Lilla demonstrates in The Stillborn God, it is a division fraught with tension, and surprisingly susceptible to challenges from surging new political theologies.

The position of some American elites has been to stigmatize religion out of any kind of respectability—a well-intentioned effort at bolstering a system that must reconcile the clashing interests of a centerless society. But as Lilla writes, orthodoxies always spawn heterodoxies. If history shows anything, it's that religion always comes back, and more fervently the more vigorously it is persecuted. Rick Perry, Michele Bachmann, and Rick Santorum are the unintended consequences of a state struggling to find the balance between containing religious passions and protecting the religious liberties Americans have come to cherish. Playing its vital role as the watchdog of religious interference with government, the state blunders, provoking conservative believers who sense their marginalization and are increasingly determined not to take it lying down.

By insisting that religion play such an eviscerated role in our collective definitions of things like justice, equality, and morality, the American system has left a hole typical of secular nations: an absence of a total ideology that answers the biggest questions about humankind's existence, comforts our despair, and prescribes a model for social life. Some Enlightenment luminaries prescribed various deisms and bloodless Christianities to fill the existential hole, but over the past few centuries, it has stubbornly remained. Its gravity is powerful enough to drive unstable citizens to slaughter the children of their own countrymen, as a right-wing nihilist did last month in Norway. More often, the despair is channeled into political reaction, and it is no surprise that the men and women who step forward to be its standard-bearers find instant constituencies among conservative believers.

America's religious right was building an alternative universe in response to the existential void for several decades before Rick Perry arrived on stage for his anointing. But his performance was flawless. He articulated the political theology of the religious right so deftly that his faith and his politics are all but indistinguishable. He is not afraid to call on an invisible deity, whom he describes in matter-of-fact terms, for answers to America's problems. He rejects the system's requirement that divine speculation be checked at the door in the name of producing a workable, peaceable consensus between factions that disagree. He does not care, if he is even aware, that the utopia his masses prayed for in Houston stands in stark opposition to the ideals of the state he may soon be campaigning to lead. Like those who laid the groundwork for his success, he has targeted those very ideals as a problem to be remedied, a sin that demands repentance. 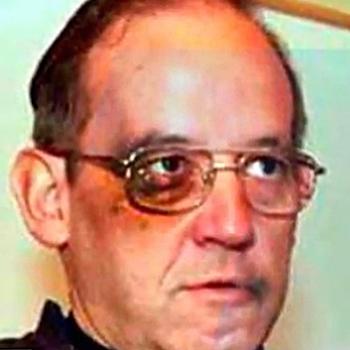 Conservative Men and Women Together? Two Books on Evangelicals and Politics
Andrea Turpin
Get Patheos Newsletters
Get the latest from Patheos by signing up for our newsletters. Try our 3 most popular, or select from our huge collection of unique and thought-provoking newsletters.
From time to time you will also receive Special Offers from our partners that help us make this content free for you. You can opt out of these offers at any time.
see our full list of newsletters
Editor's picks See all columnists