Seeing the Hand of God in Natural Disasters

In case you missed it, Pat Robertson believes last week's East Coast earthquake is a sign from God. According to the Virginia televangelist, the 4-foot crack in the Washington Monument has a spiritual meaning. "It seems to me," he told his 700 Club audience, that "the Washington Monument is a symbol of America's power . . . We look at the symbol and we say 'this is one nation under God.' Now there's a crack in it . . . Is that a sign from the Lord? . . . You judge. It seems to me symbolic."

Robertson is not the only one who has recently connected natural disasters to God's judgment. In a campaign stop in Florida this week, Republican presidential candidate Michele Bachmann said that God used the earthquake and hurricane Irene to send a message to politicians in Washington. As far as I have been able to decipher it, the message had something to do with stopping deficit spending and listening to the collective voice of the American people who apparently oppose such spending. (The Bachmann campaign claims that she was, oddly, making these comments about the catastrophes in a light-hearted vein.)

A recent survey found that 40 percent of Americans believe that natural disasters are signs from God. If you believe this, you have much of American history on your side. Let me explain.

In 18th-century New England, that famous "City on a Hill" founded by our Puritan forbearers, earthquakes and other natural disasters were commonly interpreted as signs that God was punishing His covenanted people. Massachusetts felt the effects of regional earthquakes in 1638, 1661, 1663, and 1732. In 1727, the Boston area was hit with an earthquake that, by today's estimation, would have reached 5.5 on the Richter scale. In 1755, the area was hit with an even larger earthquake, registering about 6.2. (In that same year a massive earthquake, probably 8.5-9.0 on a modern Richter scale, decimated the Portuguese city of Lisbon.)

Puritan ministers responded to these earthquakes and tremors by climbing into their pulpits and warning the people of their sins. There were no sermons that chided Puritans for excessive government spending or lamented the government's failure to listen to the will of the people. But there were plenty of sermons that condemned people for using the market for material gain or wanting freedom to pursue happiness in their own way without government interference.

The Puritans believed that they were the chosen people of God—a kind of new Israel. Ministers in this 17th-century world were not only responsible for the care of individual souls, but they also served an important role in making sure that the people of Massachusetts remained moral and Christian so that their special covenant with God would not be jeopardized. The sermons these ministers preached were known as "jeremiads" (after the Old Testament prophet Jeremiah) and they were a fixture of New England religious culture.

Puritans never stopped responding to natural disasters and other societal problems through jeremiads. Historians have traced this practice in New England all the way up to the American Revolution. But we also know that many of the 18th-century descendants of Puritans were integrating their Calvinist faith with the new ideas emanating from the Enlightenment.

For example, John Winthrop, the great-great-grandson of the Massachusetts founder by the same name, argued that earthquakes were best explained by science, not theology. He has often been described as the founder of the science of seismology. After the 1755 quakes in Boston and Lisbon, Winthrop engaged in an extended debate with New England clergyman Thomas Prince, in the pages of The Boston Gazette, over the best way to explain earthquakes. Prince defended the traditional Puritan view: earthquakes were primarily sent as signs of God's judgment. Winthrop defended a scientific explanation.

For many 18th-century New England Calvinists, the scientific and religious explanations for earthquakes were not mutually exclusive. Earthquakes were understood both scientifically and providentially. I am sure both Robertson and Bachmann would not deny that earthquakes can be explained through seismic waves and the movement of tectonic plates. Yet, by suggesting that earthquakes and other natural disasters have spiritual meanings, they are also following this Puritan tradition.

Whatever you think about politicians interpreting natural disasters as signs from God, there can be no doubt that Robertson and Bachmann alike were, for better or worse, participating in a time-worn American practice. 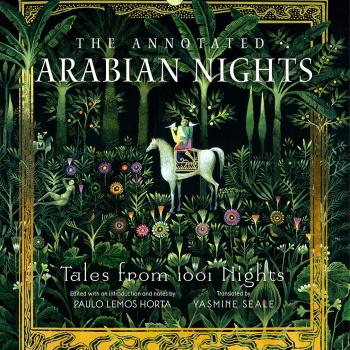 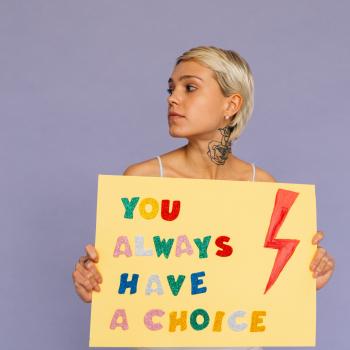 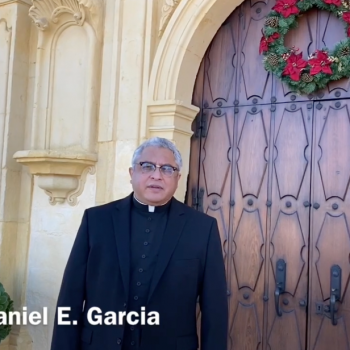 Catholic Bishop: "I Will Not Issue" Any Religious Exemptions to COVID Vaccines
Hemant Mehta
Get Patheos Newsletters
Get the latest from Patheos by signing up for our newsletters. Try our 3 most popular, or select from our huge collection of unique and thought-provoking newsletters.
From time to time you will also receive Special Offers from our partners that help us make this content free for you. You can opt out of these offers at any time.
see our full list of newsletters
Editor's picks See all columnists