Why Are Theological Questions Relatively Unimportant to Mormons?

A week or so ago my ever-patient editor, Kathleen Mulhern, asked me, "Why are theological questions seemingly so unimportant to Mormons?" Good question, but not an easy one to answer. I tried one response some time ago. Let me try another.

It isn't that the answer is complicated, but that it may not make sense to non-Mormon Christians. Most Mormons don't think about the question, so there are few ready answers. After all, we seem to assume, if theology isn't important, then the reasons for it not being important are also not important.

Theology hasn't always been unimportant to us. Joseph Smith was obviously interested in theological questions, though his answers generally came as revelations or speculations rather than as theologically worked-out reflections. In fact "always" would probably be more accurate in the last sentence than "generally." Theology was also very important to some early LDS Church leaders, such as Orson Pratt and his brother Parley, and it continued to be important to some leaders well into the 20th century.

Neither is the lack of interest in theology universal among contemporary Mormons. The Society for Mormon Philosophy and Theology is active and publishes a journal, Element. A certain kind of Mormon (it seems there is one or more in almost every established congregation) reads and thinks about Mormon theology, particularly historically. Greg Kofford Books and Salt Press publish books on Mormon theology. So theology isn't absent from Mormon culture, but it plays a supplemental role at best.

Individuals are welcome to do theology if they have an interest in it. But one Mormon philosopher-theologian expressed our attitude toward theology well: "Doing theology is like building Rube Goldberg machines: you spend your time tinkering together a complex (and hopefully beautiful) apparatus for doing things that are, in themselves, simple. But there is a kind of joy in the gratuitous machine" (Adam Miller). If we do theology, it is for the gratuitous joy.

The supplemental character of theology for Mormonism means that theological knowledge is no qualification for leadership in the LDS Church. I once heard a member of the Church's First Presidency say, only half-joking, "The average high priest [a priesthood office typically held by older men in a congregation] knows more about Mormon theology than does any member of the First Presidency." (It is a common joke among Mormons, with little basis in fact, that high priests spend their meeting time on Sundays speculating about irrelevant theological concerns.)

I suspect we aren't very interested in theological questions because leadership positions in the Church have always been decided by revelation. No ministerial training is required, and except for the highest level positions, officers of the Church are rotated in and out of their positions every so often. That regular movement of lay members of the congregation into and out of leadership positions means that a requirement of theological knowledge would be impossible.

The bishop (roughly equivalent to a Protestant minister) of my congregation is a full-time tradesman who has been bishop for not quite two years. The bishop before him was a research scientist for the Forest Service and served for a little more than five years. Others of my bishops have been basketball coaches, contractors, and bank loan officers. My stake president (roughly equivalent to a Catholic bishop) is a psychology professor.

None of these men had any training in or knowledge of theology because it isn't necessary to the church work they do (any more than it is necessary to the majority of the work that most Christian pastors and priests do). They must oversee the work of a congregation, or in the case of the stake president, several congregations. That means seeing to the spiritual and temporal welfare of their congregants.

Counseling with people who are addicted to pornography or drugs doesn't require theological training nor does helping those weathering the storms of their family life, though both often require trained help. Neither does helping the unemployed or underemployed find work, or providing food, clothing, and shelter for those in need. 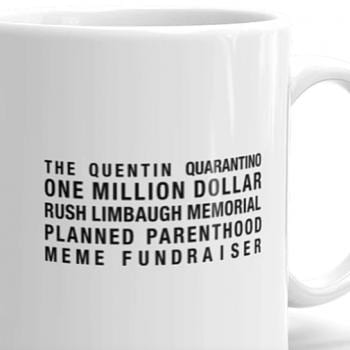 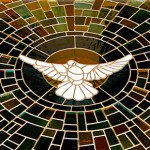 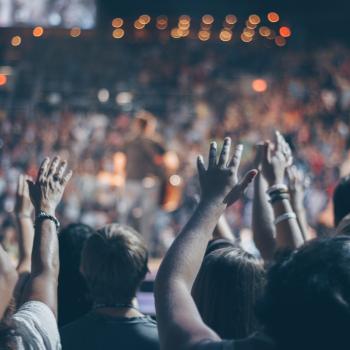 E.W. Jackson: Democratic Voters in Georgia May As Well "Spit in Jesus’ Face"
Hemant Mehta
Get Patheos Newsletters
Get the latest from Patheos by signing up for our newsletters. Try our 3 most popular, or select from our huge collection of unique and thought-provoking newsletters.
From time to time you will also receive Special Offers from our partners that help us make this content free for you. You can opt out of these offers at any time.
see our full list of newsletters
Editor's picks See all columnists