9/11 and the Forgiveness Gene 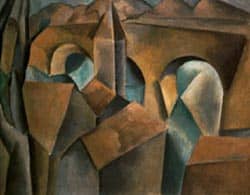 Ten years ago, at 8 a.m., the world was a different place. My students were different people. I was different too.

Prior to 9/11 I'd been through some things that had left post-traumatic scars, so 9/11 wasn't unfamiliar psychological territory to me. But it was unfamiliar to so, so many others who were also far too close to those buildings.

I wasn't far away, but I also wasn't in the buildings, themselves, skittering down the stairs while the firemen went up, up, up.

I was at a small, unimposing, city high school—The High School for Leadership and Public Service—about a half city block south of the South Tower. The only school closer to the Towers was our next-door neighbor, The School for Economics and Finance. You probably never heard of either of our schools. That's because our schools were home to "city kids" (that's secret code for "mostly Black and Hispanic kids"). But you should have heard of our school. It was amazing. Amazing administrators. Amazing staff. Amazing kids.

I wrote about our 9/11 experience on a blog long before there were blogs. I also wrote about it irregularly, on or around 9/11 anniversaries, and again after being interviewed by USA Today about moving away from New York after 9/11.

I was asked by a fellow blogger, Julie at Happy Catholic, if I'd want to add a 9/11 post to the Catholic portal at Patheos and I said yes. Then she said, "maybe something about forgiveness" and that stopped me.

It's not that I don't want to—it's just that I don't really feel like that's part of my purview. I didn't lose anyone close to me. The Towers didn't fall on me (nearby, sure, but I was in Battery Park when they came down; other teachers were still in our school building). I have no influence on others' abilities to forgive nor was I a target that needs to dole out forgiveness. At least, not directly.

But then I thought, no. I actually do have something to say about forgiveness. It relates to my post after the USA Today article came out. I was peeved, really ticked, at the way people flame on blogs and make casually cruel comments on otherwise serious writing—or at least good writing about a serious topic. I was mostly, however, seething at the "oh, get over it" crowd. These are the people who say things like: "Aren't you past this yet?" after someone miscarries; or "It's already been a year" after your father's death; or "How long are you going to do this to yourself?" when you're in the middle of PTSD.

As if it's a choice. As if any emotional reaction is a choice.

There's a forgiveness gene or maybe an empathy gene that seems to have been switched off somewhere around the time when Gordon Gekko first reared his ugly head. That's when I first noticed it, anyway. I can't guarantee anyone felt more civil before that, but they sure as heck acted more civilly before that. Me? I'd like to be surrounded by a little more acting every once in awhile. I don't much care how folks feel—and you can't really change that anyway—but we can expect certain behaviors from civil society.

So this is my 9/11 point: in those sleepwalking days following the attacks, New York was a subdued place, but a timidly hopeful one. I recall taking a lot of time to talk to neighbors on the stoop (since we had no school to go back to, at first), walk through Prospect Park, play with my son, and talk to everyone from my school I could get a hold of—reliving the day, identifying where everyone was, making sure we were all still here. All safe. All okay.

Because the best we could hope for was okay.

And we all wanted the country to be okay too. I know my friends and I spoke a lot about how the aftermath could be turned into a positive:

I guess that about wraps it up for oil. Maybe now we'll get some clean energy.

Maybe now they'll finally start putting real money behind improving train lines. It's more civilized to go by train anyway (and they can't take down a building with a train!)