I didn't know what to do about this knowing. I knew that these were a bunch of very old stories. I knew that people had believed in those gods a long time ago, but that nobody believed in them anymore. In contrast, there was the stuff I had learned in Sunday School, the stuff I was supposed to take seriously but couldn't. What's a 5-year-old to do? What were gods, and what did it mean to believe in them? The only thing that was clear to me was my own very definite response: I know them. I know the Aesir and the Vanir. I already knew them. It's like I just needed to be reminded.

Let's skip forward a few years. In the sixth grade, I did a science report for school. It had something to do with the bone structure of whales, and how they got that way. At recess, several of the other kids in the class told me I was going to go to Hell for what I had said in my report. Furthermore, some of the boys said they were going to beat me up after school if I didn't say it wasn't true and believe what they believed in their church, a church I had never been to and knew nothing about. I could have told them even then that the word Hell was the name of a Norse goddess, not from the Bible, and it didn't mean what they thought it meant.

But it was already apparent that nothing I said about anything would make any difference. I can still see their faces. I can still tell you their names. This happened a long time ago, and I can still get angry about it. My parents and the school found out what was going on and put a stop to it, but that event continued to have repercussions until I changed school districts three years later. By that time, my opinion of gods and religions and believers, all of them, was already set. It was all a crock, and I wanted nothing to do with any of it. Most people of opinions similar to mine used what I saw as a weasel word to describe themselves: agnostic. I used a different word for myself: atheist. And I did not hesitate to use it.

I eventually went to college and got a math degree. Then I got a real job and moved away, setting up my own household. One Saturday morning in 1981, I walked past the display window of a bookstore and saw Kevin Crossley-Holland's The Norse Myths there. This was not a religious tract. It was a new translation of the stories I had learned twenty years before. I'm not sure where I was going when I set out on that walk, but where I went was into the bookstore to buy that book. By the time I went to work on Monday, I had finished it. It was good to see and be with old friends again.

The next fifteen years or so was a long story of slow change. I continued to call myself an atheist, but things were happening. The way I dealt with holidays became different from what I had grown up with. I continued to look for books on Norse myths and culture. I became a dad and shared those old stories with my daughter, who had an appetite for them, too. I could tell you a lot of details, but the result of it all was the eventual embrace of Yes, I know them. My life is better for it, mostly in private ways, but in some public ways, too.

In the summer of 2000, I went to Iceland, to a place called Thingvellir, the ancient seat of religion and government there. This was the 1000th anniversary of the Conversion of Iceland to Christianity. I stood at the Law Rock and said right out loud: Hail the Aesir and the Vanir! I am Heathen. I know you, and I'm still here. Since then, I wrote a book of new stories about my gods called Days in Midgard. I joined The Troth, one of the larger Heathen organizations. And I write a column for a religion website. Go figure.

So, what are gods, and what does it mean to believe in them? My answer is probably different from yours, which doesn't bother me at all unless it bothers you first and you want to behave like a child about it. The long version of my answer bears some similarity to Jungian archetypes, a view not popular even in Heathen circles, but something even an ex-atheist can eventually come to grips with and take very seriously. The short answer is simply: I know them. There they are, right there.

Hail Thor, and all the Aesir and Vanir! 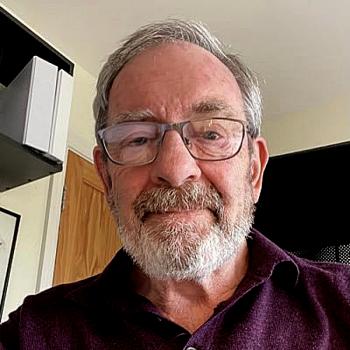 We All Want What Isn't Yet, to be Better
Sherry Antonetti
3

Iceland To Teach Science And Religion Are Incompatible
Andrew Hall
4 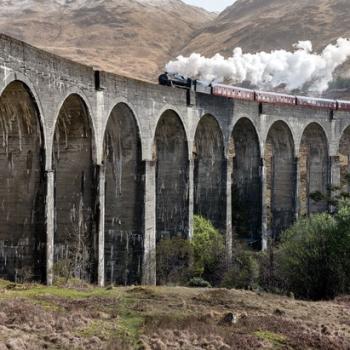 7 Travel Destinations That Christians Should Visit at Least Once
Oscar Collins
Get Patheos Newsletters
Get the latest from Patheos by signing up for our newsletters. Try our 3 most popular, or select from our huge collection of unique and thought-provoking newsletters.
From time to time you will also receive Special Offers from our partners that help us make this content free for you. You can opt out of these offers at any time.
see our full list of newsletters
Editor's picks See all columnists