A Flame Moving Easy in Harness: Chatting with Heather King

September 05, 2011 by Elizabeth Scalia
"Like" the Patheos Catholic Page on Facebook to receive today's best commentary on Catholic issues. 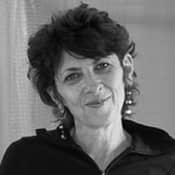 Heather King is a woman capable of speaking lucidly and mystically, in whole, complete paragraphs, and she makes a point of calling herself an ex-lawyer, ex-drunk Catholic convert. Her memoirs chronicle that journey with searing honesty, sometimes rollicking good-humor, and a great deal of spiritual depth. She has described the first book, Parched, as a look at "the dark years," and the second, Redeemed,as a "crawling toward the light."

Her latest is Shirt of Flame: A Year with Saint Thérèse of Lisieux, which she touches on in a rousing, thoughtful interview.

I was trained as a lawyer and a big part of my search consisted in having "achieved" what supposedly constitutes the American dream and discovering that that particular version of it was killing me. I want to emphasize that lawyering is absolutely the call of someone else's heart. Lawyering is absolutely where someone else is meant, and is going, to bring Christ into the world. It's just that that is not where I was going to, and so I underwent a major spiritual crisis that consisted of trying to discern God's will for me and discovering, as many of us do if we're lucky, that God does not "want" us to do the grim, hard thing. He wants us to do the absorbing, exciting, "come-higher-friend" hard thing, which turns out to be exactly what we want, too.

And the other half saw the years and years of more or less solitary pilgrimage, of sleeping alone, of pondering, of seeing that Christ died and was resurrected and for two thousand years we have been missing the message. Of writing week in, week out for what amounts to about minimum wage. Of spending five, six, eight hours on a single (unpaid) blog post because I so want to get it right; I so want to impart this crazy, improbable joy in the midst of sorrow I've stumbled upon.

And what I get in return is the opportunity to continue to be more vulnerable, to be more teachable, more responsible. What I get in return is a kind of poustinia where the door of my little hut is always open and people are always coming in, with questions, insights, arguments, the need for solace, comfort, thanks, understanding -- requests for prayer. I spend at least an hour or two a day responding, with as much love and patience as I can muster, to emails, and I also somehow make enough money to live on, and I also know this is the joy and height and depth and fullness and glory of my life and I would not trade one second of it for anything on earth.

I find myself that blogging is challenging and fun, and yes, time-consuming. It is also a temptation to ego that leaves you wondering, in the end, who or what you serve?

I have to live with the terrible tension of knowing my bottomless imperfection, weakness, self-righteousness, and pride and to believe that my task is to write anyway. And at the same time, I have to be constantly discerning. There may come a time to fall silent for a while. Because the danger for me is a lack of prayer, that my prayer life falls away or suffers. I'm very careful to work a lot of silence and solitude into my life but even the silence can become tinged with anxiety about "work." The impetus for the work has in some sense to be your conviction that what you have to say is important and that no one else is saying it, or saying it quite the way you do. And yet therein lies the danger as well.