A Journey in Progress: An Interview with Alisa Harris

Was there one critical moment for you when your worldview and religious assumptions began to unravel?

There were many moments that were minor turning points. But I took a class in college on American civil religion and it dealt with the idea of this religious vocabulary that we have in public life and how we employ it in ways that affects religion itself. One of the things I took away from the class was that religion isn't necessarily benefitted by being employed in the public square in favor of certain programs or platforms. When we use religion for our own political ends, it degrades religion instead of elevating it. I had been moving in that direction already, but that class was a definitely a turning point as far as my ideas of religion and politics.

In the book, you speak of yourself as part of a "strange new breed of Christian." What are some of the qualities that define this new kind of Christian?

One is the idea that we don't really have all of the answers. I don't want to assume I am right and that everyone else is wrong and that it is my Christian duty to change everyone else's mind. You can love and help people and maybe never change their minds. And that's still part of your responsibility as a Christian. God doesn't necessarily ask us to change everyone's mind. And so, for me at least, I try to come at it with the humility that I may be wrong about certain things and that while there are a lot of things I don't know, there are certain things I do know. And one of those things is that I need to love people and that means practicing concrete acts of love in the world.

Perhaps your most radical move in your own spiritual journey was when you decided to vote for Obama. Your decision was based on your dislike of the culture wars and those candidates who perpetuated it, and your feeling that Obama reflected your belief "that the world is a more complicated place than a culture warrior's sound bite." What are your thoughts about Obama today?

He still has all of those qualities I admired in him from the beginning—he is nuanced and does see the world as a complicated place, but in action I think that often hinders him much more than it helps the nation as a whole. But as far as tempering the culture wars, which I why I voted for him in the beginning, I think he really does do that well. He doesn't inflame culture war tensions and I do like that about him still. But at some point, I think there needs to be something you won't compromise on and I'm not really sure anymore what that is for Obama. I don't know what Obama's line in the sand is—and there has to be that core of integrity there.

It appears that this next presidential election is shaping up to be a passionate continuation of the culture wars. Are you planning to be involved in this next election?

I don't see myself campaigning for certain candidates in this election, in part because Obama has compromised on so many principles that I really value that I just can't see myself expending any effort on his campaign. I'd much rather work on issues I care about—which are human rights, and economic and social rights. I'd much rather focus on those issues rather than try to elect certain politicians, at least at this point in this election.

Abortion has been one of the central issues you've been passionate about throughout your life and really struggled with from a faith perspective. Where do you stand on this issue currently?

I'm not comfortable identifying with either pro-choice or pro-life activists—or embracing either the term pro-choice or the term pro-life—because I think both sides tend to toss unhelpful slogans and see the issue as a black-and-white issue with very little nuance or complexity. But there is room for thoughtful debate because none of these questions—like "When does life begin?" or "What do we do when we have to make a choice between helping a woman and helping her unborn child?"—are easy to answer. I also think the pro-life and pro-choice sides can and should collaborate on actually helping women.

You say you wrote this book to help others make sense of your generation of Christians. What do you hope people take away from the book about you and your peers?

One of the things the older generation tends to say about my generation after we leave some of the more conservative principles behind, is that we're just trying to be cool, and that we're trying to fit in—that we don't want to be the only McCain voters in the big Obama party. They assume we're making these decisions without having thought about it. That was something I really wanted to challenge. These are things that we have not only thought about, but have agonized about. These are not decisions we made lightly, but decisions we made with a lot of thought, reading, and soul-searching.

Conspiracist: When Trump Is Reinstated, "I Wouldn't Be Surprised If Q Returns"
Beth Stoneburner
3 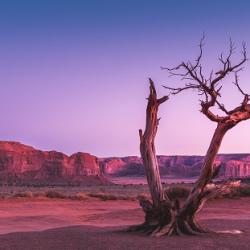 For the sake of the oppressed: The Bible, injustice, and race#3; Justice#28
Rob Dalrymple
Get Patheos Newsletters
Get the latest from Patheos by signing up for our newsletters. Try our 3 most popular, or select from our huge collection of unique and thought-provoking newsletters.
From time to time you will also receive Special Offers from our partners that help us make this content free for you. You can opt out of these offers at any time.
see our full list of newsletters
Editor's picks See all columnists