The United States has a long occult tradition; the United Kingdom's is even longer. Most of those involved devoted considerable effort to study and practice. The subject was so disreputable in many circles, and so often terrifying to outsiders, that this level of commitment followed almost as a matter of course. To study the occult was not like having a fish tank or electric train set. The first public witches were part of this larger occult community.

Today, it is relatively easy to be a Pagan the way many people are Christians. By this I do not mean to criticize, but rather to point out that for many it can be one interest among many, an interest pursued relatively easily within the context of a normal day-to-day set of priorities. Attending eight Sabbats is not a serious time commitment, and honoring thirteen Full Moons a year in addition is still less than regular church attendance. Further, many Pagans now study and learn on their own, at their own pace. Few are members of covens or equivalent groups.

I think this growth is good, and I think the growth of a mass of less deeply trained Pagans is also good. But it also changes the flavor of the broader community. I have talked to more than a few Pagans of the first camp (with which I myself identify) who are bothered. I am not because I think it is a sign of developing a deeper cultural matrix within which the specialists in healing, spirit, and occult work generally can find a more comfortable and supportive environment. Further, I think this diversity is also what many Pagan societies were.

Shamans were always or nearly always solitaries who sometimes had hard working students, but rarely had very many of them. They were the original edgy intermediaries between the world of humanity and the worlds of powers and spirits. Sometimes shamanic skills were divvied up among different specialists. Some were healers and some were diviners and some knew herbs and some knew spirits and so on. But again, they were generally individuals and they spent years and years mastering their work even if they also needed to engage in day-to day work like other community members.

The "lay people" within their communities were also Pagans and generally respected their responsibilities towars the other-than-human world, but those responsibilities were relatively light, safe, and did not require years of preparatory work.

If we look at Pagan cultures of a more contemporary nature, we see something similar. In Brazil and China, to pick two otherwise pretty different places, mediums work with spirits and perform many services to those who seek them out. They have accepted roles in society as a whole. But most people do not want to be mediums, people through whom Orixas or caboclos and preto velhos speak through. Nor do most people want to be the channels for ancestors in China.

Priests also emerge as a society develops in complexity, and unlike shamans and mediums, their religious duties are pretty predictable and associated with serving an institution, such as a temple. But again, most people are not priests or priestesses.

I suspect something like this will eventually develop if we continue to grow within American or British society, with one important difference. Modern medicine has taken over a great deal of the original shaman's healing work. But not completely. When I had a stroke, I visited a Chi Gung master and did my own stuff, and in about two months, I went from not being able to sign my name, barely talk, and barely walk, to driving alone cross-country. Some doctors I talked to later had a hard time believing it.

I suspect we will see a deep differentiation within our community. There will be the "shamans," those who work with little institutional connection and who have developed a reasonably reliable set of skills, be they healing, divination, something else, with which to interact with the spirit world for the benefit of others. I suspect they will do more psychological work than physical healing, but the best can do both. There will hopefully in time be priests tending temples, such as exists today in Japan. That may be a good model for what will develop here. And there will be a rank and file, people focused primarily on other activities, but hoping to live in better harmony with the more-than-human by some involvement in Pagan community activities and a more mindful living of their day to day life.

But it seems to me that NeoPagans have brought something potentially knew into common experience, at least by hearsay: the coven or equivalent group, such as a grove. These are small groups that meet regularly and combine magick, worship, possessory work (in my tradition and a few others), and fun and feasting. Over the years, deep friendships develop, and in older groups the magickal working can be very impressive, both for themselves and for others. Speaking as a Wiccan of the Gardnerian species, much of the power and beauty of our practice is in coven work. 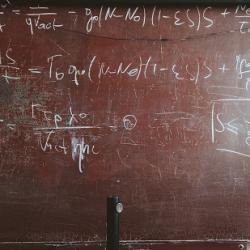 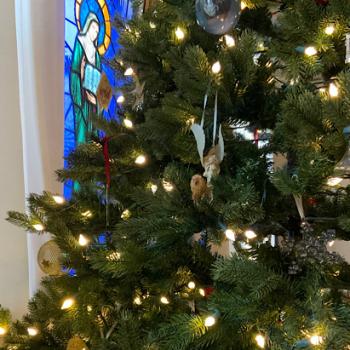 Cracked Like Old Stained Glass (Sixth Day of Christmas)
John Mark N. Reynolds
Get Patheos Newsletters
Get the latest from Patheos by signing up for our newsletters. Try our 3 most popular, or select from our huge collection of unique and thought-provoking newsletters.
From time to time you will also receive Special Offers from our partners that help us make this content free for you. You can opt out of these offers at any time.
see our full list of newsletters
Editor's picks See all columnists