Parents: Be Not (Entirely) Afraid

September 22, 2011 by Joseph Susanka
"Like" the Patheos Catholic Page on Facebook to receive today's best commentary on Catholic issues. 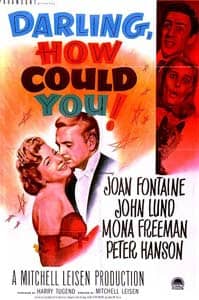 The symptoms are unmistakable: I've got Parenting on the Brain.

The cause of this progenitorial fascination is unclear to me. Was it the birth of my sixth son, and my concerns that he, too, will come to understand his father better than I would wish? Or was it the spectacle of his three older brothers focusing so intently on their alter-server training? Perhaps it was my eldest's recent forays into algebra—an event for which I found myself emotionally (and intellectually) unprepared. Or perhaps it was the recent celebration of my fourth son's fifth birthday—a celebration I was not expecting to take place for a number of years yet. (Can he really be five already? How alarming!)

Whatever the reasons may be, I find that nearly everything I have read, written, said, or seen in the past few months has drawn me back to the same insurmountably gigantic topic: parenting and its many pitfalls.

Last week, I wrote on the importance of explaining one's actions to one's children rather than simply leading by example. This week, I dug a bit further into the cinematic archives in an effort to avoid the topic, and came up with...more thoughts on parenting. Only this time, the film was Darling, How Could You!, an unjustly obscure gem from 1951. And the thoughts it provoked were not about the profound importance of speaking to our children, but about being present to them whenever we can, not just when we want.

Based on "Alice, Sit-by-the-Fire," (one of J. M. Barrie's lesser-known plays), the film seemed innocent enough at first, telling the comical story of Dr. Robert Grey (John Lund) and his vivacious wife Alice (Joan Fontaine) as they return from an extended (and childless) stay in Panama and struggle to adjust to life with their three young children. Intensely unsure of themselves after their long absence, the two are more intimidated by the small, unfamiliar brood before them than by the host of dangers and deadly diseases they encountered during their time overseas. "I guess I've always been a husband sort-of-man," the doctor confides to his wife. "And now, suddenly, I have to be a father sort-of-man. You know something, dear? I'm a little afraid."

When the two eldest respond enthusiastically to his overtures, the doctor's hesitance gives way to relief and confidence. But his wife's attempts are significantly less successful. A trifle childish herself, she wants (and expects) to be loved by her children from the start, and when that does not take place, she grows dejected and petulant. To top it all off, the events of the night preceding their return have conspired to made Alice's task significantly more complicated than either of them could possibly realize.

Unbeknownst to the two returning travelers, their daughter Amy spent her last parentless night watching a performance of the overly adult "The Reckless Mrs. Rossiter" rather than the governess-sanctioned "Peter Pan." As a result of this confusion, Amy's head is filled not with the adventures of Wendy, Tinkerbell, and the Lost Boys, but with the details of Mrs. Rossiter's melodramatic attempts to conceal an affair from her husband. After assuring her brother that this experience has awakened her to "the seedy side of life," Amy mistakenly confuses her mother's interest in a long-time family friend with a Rossiter-esque infatuation.

Convinced that her "naïve but well-intentioned" mother must be rescued at all costs, she takes matters into her own hands; her utter lack of understanding is matched only by her confidence in her newfound (and unfounded) sophistication. Amy's amusing attempts to seduce the friend in question quickly give way to the charmingly transparent insistence that she is the real culprit and that her mother is entirely blameless. Equally bewildered by the absurdity of the situation and by the actions of a daughter they are only now beginning to understand, her parents (and the family friend) spend an uproarious evening sorting things out. While the eventual resolution may be a bit too tidy and a bit too cheerful for the hard-core realist, it is as delightful and family-affirming a finale as one could want.