The Politics of Complaint

"How shall we then live?" Paul posed this question in Romans 6, echoing the question imputed to the Hebrew people in Ezekiel 33:10:

Son of man, say to the Israelites, "This is what you are saying: 'Our offenses and sins weigh us down, and we are wasting away because ofthem. How then can we live?"'

We tend to think about this question in terms of the prescription that follows for "how to live," but we rarely consider the even more basic importance of having the question answered. When we put ourselves in God's hands, we have little reason to contemplate the alternative, because He tells us clearly how to live. For many centuries, human political schemes for organizing and living imitated the form used by God, including the most significant modern competitor to the concept of godly living—Marxism. Those schemes, from imperial theocracy and divine-right monarchy to secular collectivism, were prescriptive, stating what must be done by men, and promising certain happy outcomes if their particulars were adhered to.

But we seem to have entered a different age now. Although there are still prescriptive ideologies haunting the Western public square (e.g., environmental extremism), our day-to-day politics and debates no longer revolve around coherent ideological ideas. They still did so as recently as thirty years ago, but today, for the most part, the language of political debate is neither ideological nor prescriptive; it is a language of pure complaint.

That matters, because it is a guide to how we think. Ideology and prescription are about the future: about causes and effects, consequences, and moral accountability. Some ideologies may be foolish and destructive, but they present us with actionable concepts for living, acting, planning, and moving forward. To accept an ideology of life is to agree that our actions matter, and that the future may be different from today, depending on what we do. It is to agree with the idea of progress, and to prioritize effective actions and the pursuit of results over feelings about the present.

The mental construct of ideology can be taken too far, of course. It can be made into a false god and used to browbeat others. But it mirrors the biblical dynamic of the question "How shall we then live?" and the answers that follow. It resonates with the deep human need for purpose, vision, and method.

So it is disquieting to see our modern public dialogue so devoid of essential elements like objective, consequence, and accountability. What are some examples that might illuminate this concern? One that crops up often revolves around the question of whether to increase tax rates on wealthier taxpayers.

There is nothing new or interesting about the idea of increasing tax rates on the wealthy. Kings and emperors have been as anxious to do it as modern democrats. But wrapping the proposal in an ideological package—say, a 1930s-era Keynesian construct—puts it at least in the context of a scheme for successful organized living. In this guise, it can be contrasted with other ideas, such as those that argue for keeping taxes low and intervening as little as possible in business and employment decisions, in order to unleash initiative and productivity. Perhaps the competing ideological packages promise more than they can deliver, but debating them inherently means having a view to the future, and caring about consequences.

For decades, America and other parts of the West held political debates in these terms. In recent years, however, allusions to ideological constructs, in political debates like the one over taxes, have declined from perfunctory to non-existent. There is little pretense today of a structured idea for benefitting human life; the mode of discourse has simply degenerated into one of unrelieved complaint. The top 10 percent of earners in the United States contribute 70 percent of the total income tax revenue, and no effort is made to explain how American life would be better if they contributed more. There is only the unvarying complaint from those who want to raise their tax rate that "the rich don't pay their fair share of taxes."

When prospective Senate candidate Elizabeth Warren spoke on this topic in August 2011, her impromptu speech was a litany of complaint: about the benefits businesses derive from public infrastructure and the imputed reluctance of Republicans and "the rich" to pay for them. Yet we do have this infrastructure, and businesses and the wealthy already pay most of the taxes that go to sustaining it. 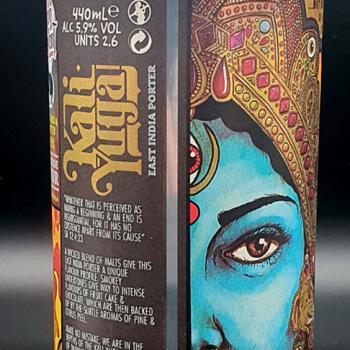 J. E. Dyer
J.E. Dyer is a retired Naval intelligence officer and evangelical Christian. She retired in 2004 and blogs from the Inland Empire of southern California. She writes for Commentary's CONTENTIONS blog, Hot Air's Green Room, and her own blog, The Optimistic Conservative. Follow her on Facebook and Twitter.
Get Patheos Newsletters
Get the latest from Patheos by signing up for our newsletters. Try our 3 most popular, or select from our huge collection of unique and thought-provoking newsletters.
From time to time you will also receive Special Offers from our partners that help us make this content free for you. You can opt out of these offers at any time.
see our full list of newsletters