Raised Right: How I Untangled My Faith From My Politics
By Alisa Harris

In 1997 I was the picture of bold countercultural style. I wore my hair in a french braid dangling over an outré homemade green gingham jumper and was hanging out in the goat barn at the San Juan County Fair when the announcer said, "And we have a special guest this evening!" I looked over and saw one of my heroes, the man whose leadership I thought would bring America to its knees again: Bill Redmond, candidate for US representative. Dizzy with worship and seized with a boldness that came over me only when I was rallying for a political cause, I dragged my sister to his side and wedged us next in line. He cocked his head to the side, took my hand in his, and replied to my sputtering with a kind "Well, thank you so much." He had a pastor's trick of making it sound like a postsermon "Well, bless your heart. Praise the Lord for that."

Once, I heard him speak to a group of Christian teens at the state capitol. Just as a pastor would take a text from a book of the Bible, he announced, "Today we're going to look at the most important phrase in the most important sentence in the most important document in American history: the Declaration of Independence." This key phrase was "endowed by their Creator," he explained. If God, not government, gives rights, then government has no authority to take rights away—but if we didn't stand up and ﬁght for our God-given rights, government would take them away. And if we didn't keep God in the public sphere, the basis for understanding inalienable rights would crumble.

He expounded in that distinct pastoral intonation, every consonant crisp, with three tidy main points, impeccable transitions, and a peroration that applied the Word to your own life. As he painted a picture of the stakes should we lose this election, my heart was clutched by the fear that others felt when they heard sermons of damnation and hell. I saw a future where we crept forth in the dead of night to worship God in the dark like the Pilgrims did in England and the Christians did in Soviet Russia. This was why we fought. This was why we voted and campaigned and knocked on doors.

So when Redmond ran for ofﬁce again and faced a Republican primary challenger who had less fervor for America's history as a Christian nation, I was ready to ﬁght for the man who knew God was the source of America's greatness.

I arose early on a Saturday morning to learn the inner workings of the Republican machine and how to sanctify it for God's cause. My dad and I climbed into a private plane piloted by another Republican and took off for the GOP state convention. I looked out the tiny window and watched the golden land recede beneath us as we ﬂoated into the clouds. The roar of the engine shut out the conversation in the front, and I sat in the back ﬂoating off in my own world, remembering all Redmond had said about the stakes of this election and how any election could turn the tide of the world for good or ill. Just as one bad man could push America to ruin, one man anointed by God and in God's proper timing could turn the world upside down and then set it aright. Revival could bring revolution, and who better than a pastor turned politician to bring both at once?

Shortly after our plane landed, we entered the convention center, where candidates set up booths and distributed anything to which they could afﬁx a campaign sticker. I wandered, collecting campaign paraphernalia for candidates I liked, conscientiously refusing buttons from moderates I despised, and drinking water from a bottle covered with campaign stickers for Redmond.

When it came time to vote for the candidate whose name would be ﬁrst on the ballot, the county chairman—who was technically not allowed to take sides in primary elections but had not been called by God to a party leadership role to let liberal Republicans win primaries—gathered up the ballots for absentee voters and handed them all to me. I was too young to vote, but I checked off Bill Redmond's name on each one and stuffed the ballot box. "The pastors can preach," the county chair was fond of saying, "but they should leave the political machinations to me. I can get my hands dirty for God."

A few weeks earlier my family had gone to White Sands, New Mexico, a desert where scientists tested the atomic bomb. While the rest of the kids rolled in the glittering sand, I tore myself from my biography of Ronald Reagan long enough to trot across the sand and spell out a political campaign message: "redmond." 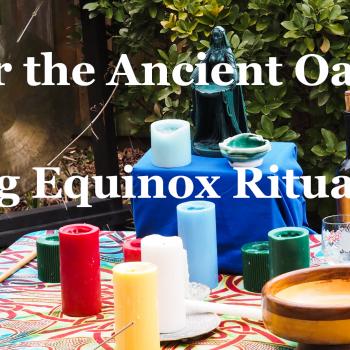 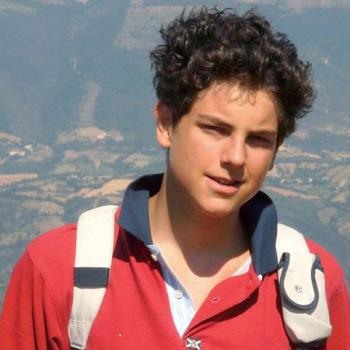 Happy Birthday Blessed Carlo Acutis: Last Week In Life: May 3, 2021-May 9,...
Mark Wilson
Get Patheos Newsletters
Get the latest from Patheos by signing up for our newsletters. Try our 3 most popular, or select from our huge collection of unique and thought-provoking newsletters.
From time to time you will also receive Special Offers from our partners that help us make this content free for you. You can opt out of these offers at any time.
see our full list of newsletters
Editor's picks See all columnists