A Spirituality Smorgasbord of Styles

September 20, 2011 by Kathy Coffey
"Like" the Patheos Catholic Page on Facebook to receive today's best commentary on Catholic issues. 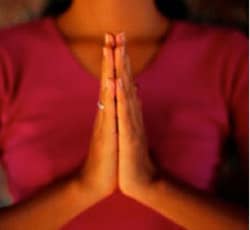 Upon first hearing the question, "What's your spirituality style?" we might think the question too hip and folksy. We'd harrumph, "My faith isn't like designer jeans or the newest iPhone!"

But now that we've been introduced to various personality types through psychological tests, and to many different learning styles, it makes sense to have varying spirituality style as well. Individuals who are distinct in the ways we process information, or relate to others and the world, must also be unique in that intimate arena of spirituality.

For example, Alejandra found centering prayer a real source of nourishment and serenity in busy days as a mother and grandmother. After months of telling her husband how wonderful it was, she finally persuaded him to join her for a session. He was twitchy and uncomfortable, amazed that people would sit for a long time without speaking. The ultimate puzzle came as they left, when Alejandra made a donation. "What?" he sputtered. "You paid money to sit in silence?" Clearly, the two had different spirituality styles.

Fortunately, the Catholic tradition offers as many styles as a richly stocked smorgasbord. "You don't like roast beef? Then try the chicken" seems like obvious advice at a restaurant. So why do we stay with prayer forms that fail to nourish, and repeat processes that don't deliver? Fortunately, there is no One Right Way. We're blessed to have an abundance of different approaches and the freedom to choose what suits best. Just as biodiversity strengthens a forest or field, so Christians are enriched by an abundance of spirituality styles.

The descriptions that follow are necessarily brief, and the selection of styles somewhat arbitrary. But the hope is that the reader will resonate with some more than others, and eventually try more than this first taste. All spirituality styles are meant to bring us to the same ends: growing closer to God and loving others better. So the genuine measure of a style is: does it accomplish this for me?

Benedictine Sister Joan Chittister defines spirituality as "the way we express a living faith in a real world... the sum total of the attitudes and actions that define our life of faith." Over the centuries, it's been defined many ways, beginning with martyrdom and self-denial, evolving towards pious practices, especially for priests and nuns. Vatican II's "call to universal holiness" awakened us to the value of lay people practicing their spirituality outside the cloister, in a world that desperately needed it. We began to see that a mom calming a fussy two-year-old was just as "spiritual" as a monk saying the Divine Office. The way we live and pray is thus the voice or expression of a deeply held commitment.

While the classical names for spiritual styles originated with different religious orders, they have evolved into forms that fit the laity. Many are now discovering that anything which has flourished since the 6th century deserves serious consideration. Written by a layperson for lay people, the Benedictine rule gives a special lens on the ordinary, affirming that God is found there.

St. Benedict was concerned not so much with mysticism or denial as with how to make "here and now right and holy." As Benedictine Sister Joan Chittister describes a style she's followed most of her adult life, it "simply takes the dust and clay of every day and turns it into beauty." For that reason, Benedictines see the tools they use daily—spatula, shovel or computer—as being sacred as the altar vessels. Father Thomas Berry explains this stance: "reverence will be total or it will not be at all."

The architecture of medieval monasteries such as Canterbury reflected a life balanced among prayer, study and work. The spiritual self was nurtured in the church, the physical in dormitory and dining room, and the mind in the library. When our lives seem out of whack, we should see if one part has ballooned out of balance. Are we getting adequate sleep and healthy nutrition? Does overwork dominate our days?

Most important, the central core of the monastery was open space. The cloisters enclosed a garden, open to the sky, in which a fountain or well stood. Author Esther De Waal describes: "the audacity of a way of life that put uncluttered space, emptiness, at its heart." She points out that we too must keep an inner place free and open, watered and refreshed by God.